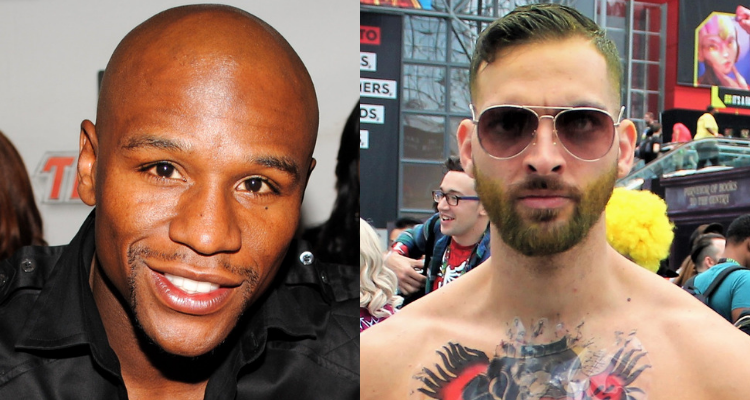 The showdown between Floyd Mayweather and Conor McGregor is promising to be the richest fight of all time, with millions of people ready to pay to watch it. The odds are against Mayweather, but anyone who knows his history knows that he can’t be ruled out. The fight is scheduled for August 26, 2017, in Las Vegas, Nevada, and both fighters are ready to take each other on. With a net worth of $400.0 million and $35.0 million respectively, both Mayweather and McGregor stand to earn millions, irrespective of who wins.

On August 26, 2017, the Floyd Mayweather vs. Conor McGregor fight will take place in Las Vegas, Nevada, becoming among the most-watched boxing matches of all time. On one corner is the once-retired but back-for-more boxing great, Floyd Mayweather; and in the other corner is the brash, trash talking UFC star, Conor McGregor. So far, McGregor has done nothing but brag about his upcoming win, and will now have to put his money where his mouth is. The two have to let their fists do the talking and there is a lot of money at stake. Speaking of money, what is Floyd Mayweather’s net worth vs. Conor McGregor’s net worth? We have details about these two fighters’ net worths, right here.

How much is Floyd Mayweather worth? Floyd Mayweather’s net worth in 2017 is a gigantic $400.0 million and will definitely rise with this mega-fight just around the corner.

In fact, he is in such high demand that according to sources, he can get a paycheck of $200.0 million per fight. That’s surprising but not without reason. After all, Mayweather was a five-division world champion in his career. Comparing Floyd Mayweather’s vs. Conor McGregor’s stats, it is obvious why so much money is hanging on this fight. These two world-class fighters have shown their skills time and again. Just look at Mayweather’s record: total fights 49, wins 49, wins by knockout 26, losses 0. No other boxer in recent times have come anywhere close to this record!

Conor McGregor is no spring-chicken, either. He is a professional mixed martial artist and professional boxer, who is the current UFC lightweight champion. During his MMA career, McGregor fought in the featherweight, lightweight, and welterweight categories. His fighting record is very impressive as well, with 24 total fights, 21 wins, 18 wins by knockout, and 3 losses. McGregor has the highest pay-per-view draw in MMA history and is expected to draw big crowds for his highly anticipated fight with veteran boxer Mayweather.

How much is Conor McGregor worth? Conor McGregor’s net worth in 2017 is a healthy $35.0 million, but sure to grow with this fight and the subsequent fights that McGregor will undertake.

The Mayweather/McGregor fight is one of the most anticipated and eagerly awaited matches in history. It has a domestic purchase price of $99.00 for the HD pay-per-view broadcast and is likely to be the highest-grossing fight of all time. It is expected to get more than 5.0 million views, which is the highest in the history of the sport so far. There is even a chance that President Donald Trump could accept his invitation and attend the fight! The Floyd Mayweather vs. Conor McGregor odds have Mayweather’s victory at -400, McGregor’s victory at +300, and a draw at +3,300. Some prop bets include Justin Bieber walking out with Mayweather, and the fight being stopped due to an accidental head-butt. So, there is a big chance to make some serious money with this fight!

The final rev of the engine on the @conormcgregorfast conditioning program tonight! What a camp it has been!

Since the fight was announced, there have been a lot of name-calling and animosity on both sides, though McGregor is definitely the bigger culprit. His “F**k You” suit at a pre-fight press conference is a perfect example, and surely upset Mayweather and his fans in a big way. It remains to be seen if the actual fight will live up to all this hype, but we will soon find out!