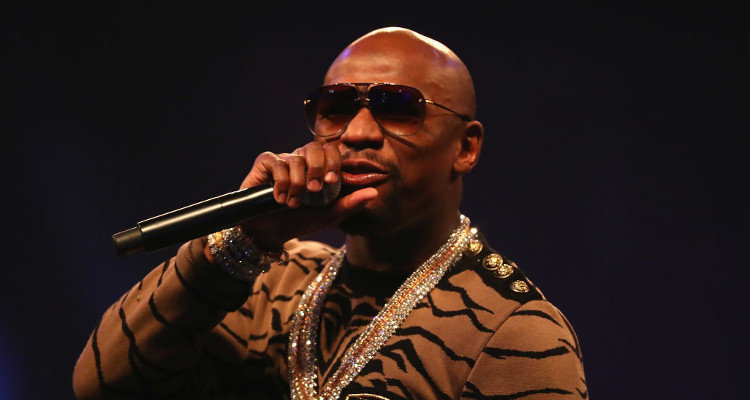 Who does Floyd Mayweather fight for? Not money or titles, since he has them all. Mayweather fights for his four children and has been doing so for a while. His kids (two sons and two daughters) are the apples of his eye. Mayweather buys his children expensive gifts, despite having a rocky relationship with them.

Does Floyd Mayweather have kids? Yes! And by his own admission, everything the does is for his kids. A couple of years ago, Mayweather wrote on his blog, “First and foremost, I fight for my family, my children. I want to give them the best life possible, so I remember that with every fight and each victory is for them.” So, how many kids does Floyd Mayweather have? The boxer has four children from two different women, and has a love-hate relationship with them —mainly on account of how he treated their respective mothers. Floyd Mayweather’s kids are Zion, Koraun, Iyanna, and Jirah, and their ages range from 13 to 18.

Mayweather’s childhood sweetheart and ex-girlfriend, Josie Harris is the mother of his sons Koraun and Zion, and daughter Jirah. Mayweather and Harris were very close as teenagers, but their relationship went through some bad phases, and they finally decided to split. Mayweather was sent to prison in 2012 when Koraun told the police that he and his siblings saw their father beat their mother. The boxer served 90 days in a correctional facility after pleading guilty to charges of domestic violence and battery. Since then, they had ambivalent feelings towards Mayweather. In fact, in an interview with USA Today in 2014, Koraun spoke about his feelings towards Mayweather bluntly: “He is a coward.” Harris and her three children live in Los Angeles, California.

Mayweather has a daughter named Iyanna from his ex-girlfriend, Melissia Brim. She is almost 16 years old and, along with her mother, lives in Las Vegas, Nevada. With a net worth of $400.0 million, it’s no surprise that Mayweather showers his children with expensive gifts. Among the lavish things he doled on his children was a Mercedes 550 S-Class worth $100,000 for Iyanna, which he followed up with a 2014 Rolls-Royce Wraith worth a cool $400,000. Koraun got a gold Bentley golf cart for his 15th birthday, and his other two children are also regular recipients of expensive gifts. Mayweather once told CNN, “What I will do with that millions and millions of dollars be saved for my children because my children are who I love and that’s who I care about.” Wow! Having Mayweather as a father is almost like having Santa Claus as your dad!

Today is a holiday in our home. When it’s a Mayweather’s birthday, it’s a holiday! Everyone follow and wish my son @zion_mayweather A VERY HAPPY BIRTHDAY!

Another act of fatherly love that grabbed headlines was the expensive birthday party that Mayweather threw for Zion’s 16th birthday this past April. The party included a live performance from Young Thug, bottle service with dancers, and plenty of fake dollar bills. To top it off, Mayweather gave his son a brand new Mercedes-Benz! Floyd Mayweather’s sons and daughters are really lucky that their father adores them so much. Every thing he does for them comes from years of hard work, trying to give them a better life than what he had growing up. Under all that muscle and rage lies a gentle father’s heart!