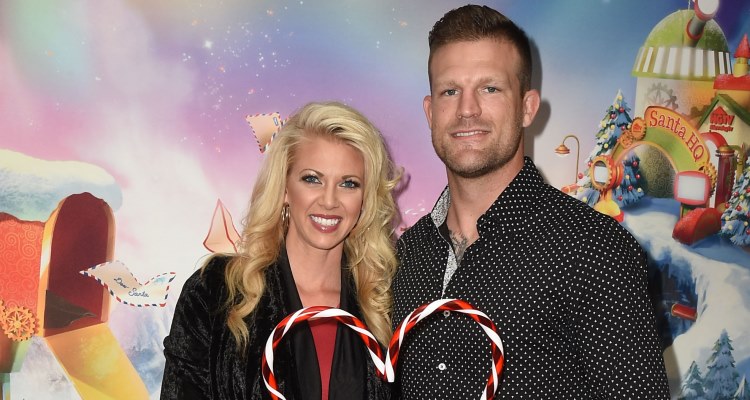 If you haven’t heard, Flip or Flop Vegas is the new spinoff of HGTV’s Flip or Flop, and the talented duo, Aubrey and Bristol Marunde, are ready to get creative! The couple will work smart and quick to turn rundown homes into Vegas paradises. Keep on reading to learn more about the pair and their family, their new show, and to see some hot photos of the beautiful Aubrey!

Get ready for some fun facts in our Aubrey Marunde wiki! She and her husband, Bristol Marunde, met in 2009 at a UFC fight. They fell in love on their first date, got married, raised two handsome sons named Kale and Kyle, and put their brains and brawn together to start their flipping business.

Aubrey Marunde is a real estate mogul and does the planning part of the job. She finds homes that need work and visualizes the possibilities. Meanwhile, her husband, a 35-year-old mixed martial arts champion, does the handy work and turns the possibilities into realities.

When the couple met, they “laid it all out on the table” regarding their life goals, expectations, and wants.

“From that day forward, it’s been all about fulfilling our goals and aspirations,” Aubrey Marunde said.

The couple decided to settle down and begin their life together. And, they’re having a blast doing it!

It seems the duo has always been ambitious.

When she was just 20 years old, Aubrey Marunde purchased her first home and always knew that she would own her own business. She’s also physically active like her husband, experienced in cheerleading and gymnastics.

Bristol Marunde always needs to have his head in the game, as well as the fitness, agility, and strength to win. That’s how he’s earned the title of MMA champion!

Marunde broke his jaw in 2015, marking the worst injury of his career. His jaw was wired shut for six weeks, and he couldn’t fight. But he kept pushing forward, working in construction, until he could start training again.

Ambitious like his wife, Marunde focused on recovery and didn’t give up. He trained hard and prepared himself to get in the octagon again.

As a team, the Marundes are champions at house flipping! Despite the challenges and risks in their business, they’ve never experienced a flop.

Even if the couple’s outcome was less than expected, they’ve never lost money on a flip. Talk about teamwork!

Discovered on the ’Gram

Instagram is more than a place to post selfies. And for this couple, it helped make them the stars they are today!

HGTV producers came across Bristol Marunde’s Instagram profile, where he would share photos of the couple’s projects and short videos of the renovations.

After being blown away, the channel contacted them and hooked them up with the amazing show. Now, they’ve flipped over 150 Vegas houses, and are continuing to stun audiences with their vision, dedication, and skill!

Talented and very much in love, this couple has made their dreams a reality. And to think, it all started at a UFC fight…

Their new show is doing well, and fans are amazed at the results. Just check out the comments!

The gorgeous Aubrey may love interior design, but fans are going crazy over her beauty!

Looking forward to tonight's new episode of Flip or Flop Vegas! HGTV 9/8c. This is my favorite house of the season! #hgtv #fliporflopvegas #design #interiordesign

Dressed up, or dressed down, she knows how to look flawless!

The couple that flips together, stays together!

Tune in to HGTV on Thursday at 9:00 p.m. EST to see the pair transform neglected homes into stunning Vegas real estate royalty!