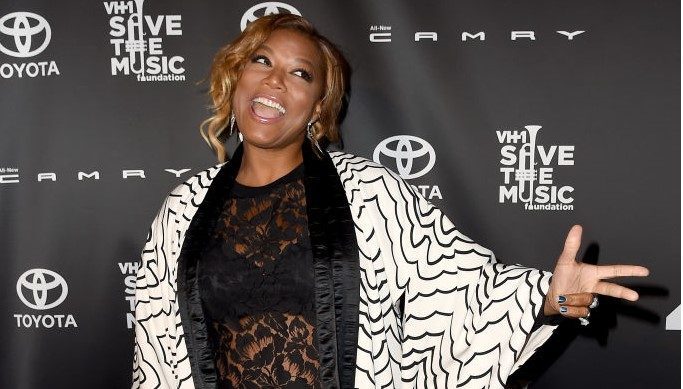 Queen Latifah’s Lifetime movie, Flint is meant to educate people about the realities of the water-contamination crisis in Flint, Michigan. If you want know more about the Flint movie cast, here’s what you need to know!

The Flint movie on Lifetime is an original production about the water crisis in Flint, and how it affected people within and outside the area. The film emphasizes that just because the water is clear, it doesn’t mean it’s clean. Jill Scott, who plays activist Nayyirah Shariff, said in a Q&A session at the Teen Choice Awards, “This is a call to pay attention because as Americans, we tend to take things for granted and we shouldn’t.”

The film was directed by Bruce Beresford, and the story is based off of a script by Barbara Stepansky. It was inspired by the Time magazine cover story, The Toxic Tap, by Josh Sanburn. It follows the true story of three women from Flint who sought out justice on behalf of residents of the city who were unknowingly drinking and using lead-laden water. Because of their actions, a national movement began for safe drinking water, despite the political powers that fought their efforts at every turn.

Betsy Brandt (Breaking Bad), Jill Scott, and Marin Ireland (Sneaky Pete), will play real-life activists. Queen Latifah will play a fourth resident, working to expose the poisoning of the community during these horrific events. Latifah is also set to serve as an executive producer on the project, with Craig Zadan, Neil Meron, and Katie Couric. The team behind Flint hopes that it will affect its audience in an educational sense, as well as a psychological and community-driven one. “We want people to know that it wasn’t experts who swooped in and saved us, we did it ourselves,” said activist Melissa Mays (portrayed by Ireland). “We did the work, we fought, and we’re still fighting today.”

What happened to the water in Flint is a disgrace, and I hope that the #FlintMovie will help shine a light on this unresolved crisis. If you can, please donate to The United Way of Genesee. The people of Flint still need our help! #FightForFlint @lifetimetv

Scott really wanted to be a part of the film after being shocked that the water could be so dangerous, even within the United States. “Two years ago, I moved to a rural community and the ice was tasting funny. I decided to have my water tested. When I saw what was in my water, I was shocked. It looked like sludge. I had my entire house filtered. It just made me feel better so of course I thought about: What is the water like where I grew up? What is the water like in the United States?,” she said. “So I get a phone call from [executive producer] Neil Meron. We had worked together before on Steel Magnolias and he told me about this project. He didn’t have to say much. I was already in. I’d actually experienced what this is, the severity of this particular situation.”

Before taking on her role, she talked to Shariff a good bit, watched videos of her speaking, and observed her body language and clothing choices. Scott took on the role thinking of the young woman as an American hero.

Take a look at the Flint trailer below, and be sure to tune in this weekend to watch. The film premieres on Saturday, October 28th at 8:00 p.m. EST on Lifetime.