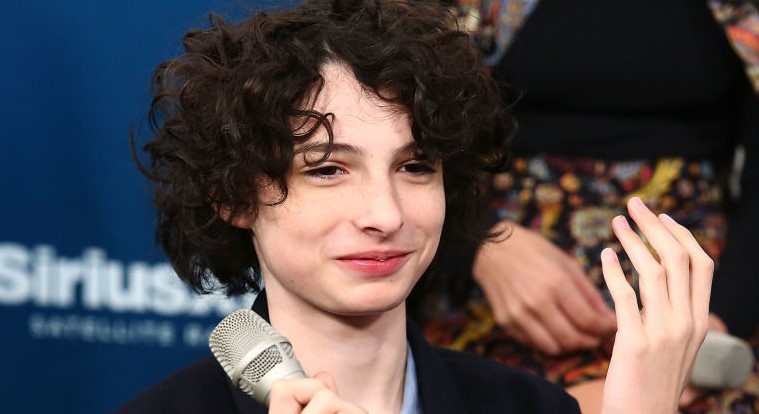 Finn Wolfhard is having a fantastic year in terms of his very young career. He co-starred in one of the biggest films of the summer, the second season of Stranger Things came out to rave reviews, and he is already having a run many adult actors would kill for. But we’ve got to ask, how rich is Finn Wolfhard? He turns 15 in December and he has at least one, if not two more seasons of Stranger Things lined up; who knows what’s coming next for this budding star? At just 15, he’s already making bank! Just how much is Finn Wolfhard’s net worth? We’re going to take a look at Finn Wolfhard’s movies, life, and career to answer that question for you.

Finn Wolfhard was born on December 23, 2002, in Vancouver, British Columbia, Canada. His first acting job came via a posting on Craigslist, which considering his age, is a little scary to think about. This led to roles in music videos by a pop-punk named PUP. That would quickly be followed by guest appearances on The 100 and Supernatural, both of which were filmed in Vancouver. It would be Finn Wolfhard’s next acting role that would take him into superstardom.

A Stranger Role in Stranger Things

Finn Wolfhard’s TV show appearances got him in the door of the acting world, and that’s when he got to do a recorded audition for a new Netflix series called Montauk.

There was just one problem; he was sick! Luckily, technology can help in situations like this and his dad recorded him reading his audition lines with the camera on his phone, and sent in the audition in that way. Montauk would eventually be retitled Stranger Things and (via his phone audition) Wolfhard was cast in one of the leading roles.

It’s important to remember that when it began production, Stranger Things was not thought of as big a deal as it is today.

The Duffer brothers, who created the show, did have some credentials behind them with the movie Hidden and having worked on the TV show, Wayward Pines. Netflix, The Duffer Brothers, and the cast/crew all had faith that it would do well, but no one expected it to become the global sensation that it has become today.

The success of Stranger Things would catapult the cast into the public eye, including Finn Wolfhard.

Landing a Role in the New It

Finn Wolfhard’s movie prospects increased almost the week after Stranger Things had been released on Netflix, but one of the better scripts to come through the door before Stranger Things was the new film adaptation of Stephen King’s novel, It. At that time the film was being written and directed by Cary Fukunaga.

Wolfhard snagged the role of the foul-mouthed Richie Tozier, a character much different than Mike from Stranger Things. Fukunaga would leave the project shortly thereafter but Finn managed to hold on to the role when the new producers and director came on board. In fact, Finn is the only cast member that carried over from Fukunaga’s version of the film.

Under the direction of Andy Muschietti, It became the surprise blockbuster of the summer! As of this writing, the film has had a worldwide gross of $667.3 million. Considering the budget for It was somewhere around $35.0 million, that is a huge success!

It’s also scored the second highest debut for an R rated film (right behind Deadpool) and some analysts believe that it may have been bigger if Hurricane Irma hadn’t closed 50% of the movie theatres in Florida.

Finn Wolfhard has had a great year, both as an actor and financially. However, when looking at his net worth, certain things should be taken into consideration.

A child actor’s earnings are protected by law in both Canada and the United States, forcing a certain percentage of the actor’s earnings into a trust until that actor is at least 18 years old. Before these laws were in place, many young actors had all of their money stolen or squandered by their parents, agents, and guardians, leaving the actor with nothing when they reached adulthood.

Finn Wolfhard’s parents sound like very nice people but due to Finn Wolfhard’s age and these laws, they don’t have any choice but to make sure that he has something to show for his work when he hits 18.

In the meantime, Finn Wolfhard is raking in the dough! We couldn’t find his exact earnings for It or his work on the upcoming, Where is Carmen Sandiego? Animated series, but what we do know is pretty astonishing! Take a look at the chart below!

Judging by various interviews, Finn seems to have a good head on his shoulders and his career is certainly headed in the right direction. While he may have very adult responsibilities when it comes to his acting, he also plays in a rock band and is into playing video games!

He’s doing voice work for the aforementioned Carmen Sandiego series for Netflix and he’s even taken an interest in directing! He co-directed a music video for the band, Spendtime Palace. Life is looking pretty bright for young Finn Wolfhard and at such a young age, it looks like his future is only going to get brighter!