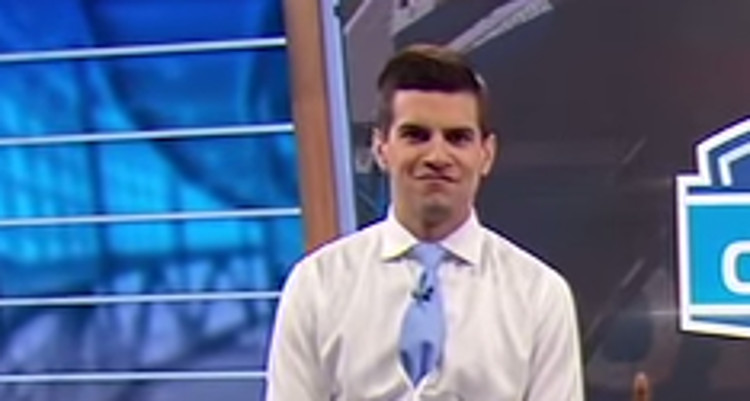 Field Yates’ love for football shows in his writing and speaking when he covers the game. He has become well known on the sportscaster’s circuit for his sharp understanding of the game. He has a terrific sense of humor as well, which showed when he allowed himself to be bench pressed by football players.

Field Yates’ ESPN association began in 2012, after which he started making regular appearances on ESPN Radio. He writes for the Insider pages of ESPN.com and ESPN Boston, as well. NFL Insiders is a National Football League studio show currently airing on ESPN. It is a football-themed show that replaced NFL 32 in August 2013. Yates appears on Fantasy Football Now, NFL Live, and SportsCenter. Yates has made quite a name for himself among football fans, considering his relatively young age. With all the buzz surrounding this young sportscaster, many are curious to know about his life and his relationships. We will tell you about Field Yates’ girlfriend and also some details from Field Yates’ wiki.

Yates used to be an employee of the National Football League [NFL]. He spent two years with the Kansas City Chiefs team and interned for four seasons with the New England Patriots. When he was with the Chiefs, he worked on both the scouting and coaching staffs and gained valuable experience in both fields, which he now uses in his role as a writer. He used to work in both fields even during his four seasons with the Patriots.

Before he joined ESPN, Yates used to write for several sites covering football, and he even authored a blog titled “Thoughts from the Field.” Today, he authors and maintains this blog, which has become very popular as Yates has a sharp mind for understanding football.

Gotta bring the salmon ?? when we finally get some summer heat here in New England.

Luckiest guy ever. Not even a competition.

Yates is a resident of Weston, Massachusetts. He attended Wesleyan University, where he earned a Bachelor of Arts degree in Psychology. He had a fascination for football and a head for numbers, so when he started zeroing in on a career, it wasn’t surprising that he turned to football journalism. There is no information about Field Yates’ family, but according to sources, his girlfriend’s name is Chapin Duke. The couple is very close and spends as much time together as they can, given Yates’ punishing work schedule. On her birthday, Fields wrote to her “Happy Birthday to the girl who makes every day a great one. I love you @chapin_duke!”

There is no information on Field Yates’ net worth, but considering his dual role as a writer and analyst/newscaster, it must be substantial. The NFL is awash with money, and ESPN is a good paymaster, according to reports. So, money is the least of worries for this hardcore football fan. With his incisive analysis and ease with words, Yates is one of the most respected and sought after football analysts today. Field Yates’ age might be less compared to his colleagues, but the man makes up for it with his boundless enthusiasm for football.