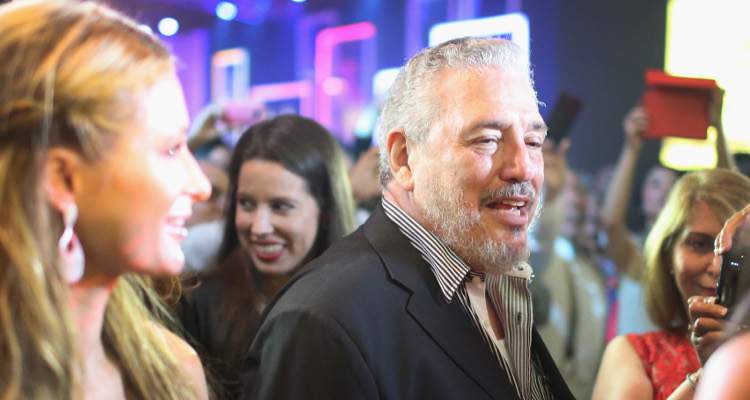 Fidel Castro’s son, Fidel Angel Castro Diaz-Balart or “Fidelito” as he was known in Cuba, was found dead at 68. The scientist took his own life after suffering from depression. He was allegedly going through medical treatments for his mental condition, and his death has come as a shock to many in Cuba and around the globe. Find out more about him, right here, with details from Fidel Castro Diaz-Balart’s wiki.

Fidel Castro Diaz-Balart was called “Fidelito” in Cuba because he resembled his father, Fidel Castro. The former Cuban president and dictator died in November 2016 at the age of 90. And now, his eldest son has committed suicide.

Read everything you need to know about him, including Fidel Castro Diaz-Balart’s wife.

Born in Cuba on September 1, 1949, Fidel Castro Diaz-Balart’s childhood remains a mystery. His was very protective of his family and his personal life, which is why most of his children have had such private lives.

Balart’s parents got married on October 11, 1948, and divorced seven years later. He had 10 siblings, two of which were from his parents, and the rest were half-siblings.

Sources say that after the divorce, Fidel Castro never concerned himself with his ex-wife or even his son and rarely saw them. By the time he had remarried, his second wife made her own children a priority in Castro’s life.

In the Soviet Union, Fidel Castro Diaz-Balart went by the name José Raúl. He went to the Lomonosov University in Moscow where he graduated with a degree in science.

Balart had a Master’s degree in physics and held a Ph.D. in physics, mathematics and science. And the college he attended was an acclaimed Russian atomic energy institute.

In 1959, Balart returned to Cuba to see his mother. The triumph of the revolution was at its hilt in the country at the time.

According to sources, Fidel Castro still did not care to get involved with his first-born as he should have.

News then came out that Balart had left Smirnov and was going to remarry. His second wife was María Victoria Barreiro Dávalo.

What Was Fidel Castro Diaz-Balart’s Job?

By the 1980s, Fidel Castro Diaz-Balart was obsessed with the development of nuclear energy in Cuba. He founded the Higher Institute of Nuclear Science and Technology in Havana and was closely linked to the field of study.

Balart went back and forth from Russia and Cuba. He was even provided with federal and KGB security in both countries.

At the time of his death, Balart was the vice president of the Cuban Academy of Sciences and scientific counselor to the Cuban Council of State.

The scientist authored several books about his field of study and represented Cuba at many international conventions around the world.

Before his suicide, Fidel Castro Diaz-Balart was suffering from depression. He was even hospitalized to treat the disorder.

The Cuban media reported Fidel Castro’s son’s death as a suicide in Havana. They are speculating that his depression was the cause.

Fidel Castro Diaz-Balart died on February 1, 2018 (Thursday). He is survived by his three children.

Cuban newspaper Granma reported, “Fidel Castro Diaz-Balart, who had been treated by a group of doctors for several months due to deep depression, took his life this morning.”

In the recent past, the physicist underwent a series of treatments as an outpatient and stayed at the hospital for a while.

Fidel Castro Diaz-Balart’s death was sudden and was under unforeseen circumstances.