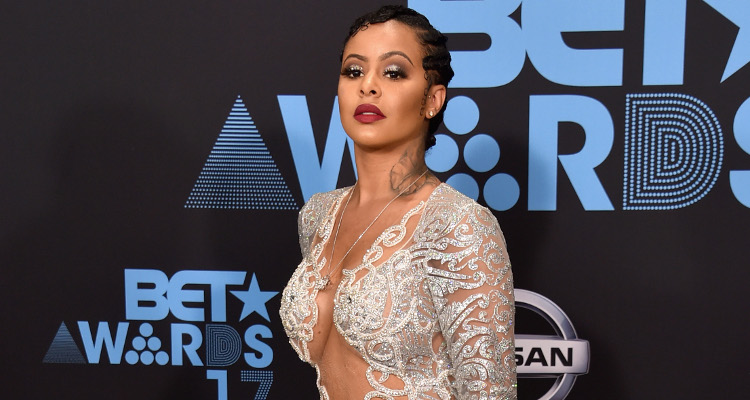 Alexis Skyy created quite a stir on Instagram, after posting a pregnancy photo with a plate of fruit. What followed was a speculation game of who could be the father? With the recent prenatal pictures of the glowing mom-to-be, she has revealed it all. Read on, to know more!

Willie Maxwell II is going to b a father again! Wow, that’s good news. But wait, who is Willie Maxwell II? Well it’s none other than the American rap artist who goes by the stage name, Fetty Wapp. Yes, you heard it right! Fetty Wapp is going to be a father again and this time, it will be with the woman he was recently involved in a sex tape with! Yes! Fetty Wapp baby’s mama is none other than Alexis Skyy. A model and now pregnant, her claim to fame was the sex tape she created with Fetty Wapp. His ex-girl friend, Hip-Hop artist Masika Kalysha (who is the mother of his baby, Khari) had once commented about Alexis, “wanting to be like Kim Kardashian so bad.”

But Kim, too, went the Sex tape way to get hold of her share of fame and recognition, and let’s face it, it worked. Apparently, this is the very sex tape that both Fetty and Alexis accused each other of leaking. Now, who actually revealed the sex tape is a guess that is as good as ours. Meanwhile, with the news of her impending pregnancy, guess the wild accusation will have to come to a stop for now.

Is a Patch Up in the Cards?

Many would think that since the two will be having a baby together, she might be interested in hooking back up with Fetty. But that doesn’t look like it’s going to happen. Recently, Alexis Sky, pregnant and hopeful, took to Snapchat to announce that she is single and is “looking forward to God sending the right man.” Is Wapp not the right man??

She told all women who were in a similar predicament that just because they had or will have a child from a man, this does not mean that they are entitled to be with him. So, power to all those women who feel otherwise and remain tied to men they don’t deserve. We wonder what the “Trap Queen“ rapper has to say to all this!!!

While speculations were rife as to who could the father of Alexis’ baby could be, there were many fans who felt they had an answer. However, with none of the parties confirming the paternity of the unborn child, it all seemed to be speculation.

But in a recent post from Alexis Skyy’s Instagram account, the model showed off the prenatal pictures of the new baby during a visit to the hospital. She commented that the father of the baby was indeed Fetty Wap. Her account is adding pictures of her being happy and proudly showing off herself.

Skyy announced her pregnancy in a very a secretive way, without revealing the name of the baby’s daddy but instead tagging Fetty Wapp in the photo. She still has not revealed the sex of the baby. Any guesses??

The duo of Skyy and Wapp were in a relationship which turned sour when the rapper had a baby with another lady, love & hip hop Hollywood artist Masika Kalysha. This apparently didn’t go down well with Alexis Skyy and the pair broke up.  However, they seem to follow each other on their social networking profiles.  So, as of now, all seems to be well.