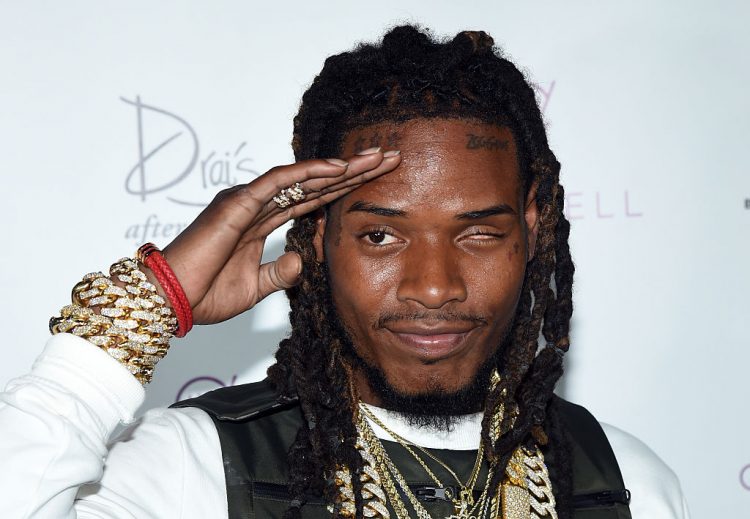 Although Fetty Wap is relatively new to the rap scene, he has captured the attention of music fans and managed to build a decent fortune for himself. But how rich is Fetty Wap? Keep reading to know all about Fetty Wap’s net worth, including his album sales, car collection, and Fetty Wap’s house.

Born Willie Maxwell on June 7, 1991, Fetty Wap’s age is 26. He grew up in Paterson, New Jersey, and had a bit of a rough start in life, suffering from glaucoma in both eyes from birth.

The doctors were able to save hisright eye. But unfortunately, the left one was unsalvageable. So, he was fitted with a fake eye and has been using one ever since.

Fetty Wap’s kids are Zaviera, Aydin, Khari, Amani, and Lauren. His youngest child, Khari, is his daughter with Love & Hip-Hop: Hollywood star Masika Kalysha. Part of the latest season of the show followed the couple as they worked on their parenting skills.

The rapper’s stage name comes from two different sources. “Fetty” is slang for money and “Wap” is in tribute to one of his heroes, Gucci Mane, who occasionally goes by the alias, Guwop.

“Trap Queen” and Beyond

Although it feels like Fetty Wap has been around for years, his career is still very young. He released his first and probably best known single, “Trap Queen,” in February 2014. To say the single became a hit is an understatement.

As of now, “Trap Queen” has sold four million copies. “Trap Queen” was the rocket that propelled Fetty Wap’s career into the stratosphere.

Fetty Wap’s album was released on September 25, 2015, and reached No. 1 in the U.S. on Billboard’s 200 chart and Top R&B/Hip-Hop Albums. Billboard’s end of the year charts also reflected this success as his self-titled album reached No. 65 on the Billboard 200 for 2015.

While Fetty Wap has yet to release a proper studio album, he has kept his name out there with numerous digital mixtapes. His next album is due for release in December 2017.

Despite the success, Fetty Wap has had many legal issues. He had a lawsuit filed against him over samples used in “Trap Queen” that were settled out of court. He was also sued by a former member of his crew over the single, “679.” There was also a lawsuit on both sides after a woman named Shawna Morgan was fired from the rapper’s organization.

Fetty Wap’s arrest on November 3, 2017, resulted in 15 charges to be laid against him.  They include reckless endangerment, illegal speed, DWI, reckless driving, and aggravated unlicensed operation of a vehicle among other connected issues.

Reportedly, Fetty Wap’s gave an excuse by saying, “It was 2 o’clock in the morning. There wasn’t no cars behind us.” He was released without bail and is due back in court on December 12, 2017.

Despite a large amount of money spent on sound financial investments like buying a home for his mother, he’s also had to deal with several lawsuits, as well as child support. With all of this in mind, where does it leave his net worth when you total Fetty Wap’s assets?

Here’s a chart showing a breakdown:

So, he is still doing very well for himself with a total net worth of approximately $8.0 million.

While we know that Fetty Wap bought his mother a very large home in New Jersey, we don’t know if it is in his name or hers. Either way, it is included as part of his assets.

And, given how well Fetty Wap’s first album did, these numbers may change significantly with the release of his second album, King Zoo. It is supposed to drop in December 2017.