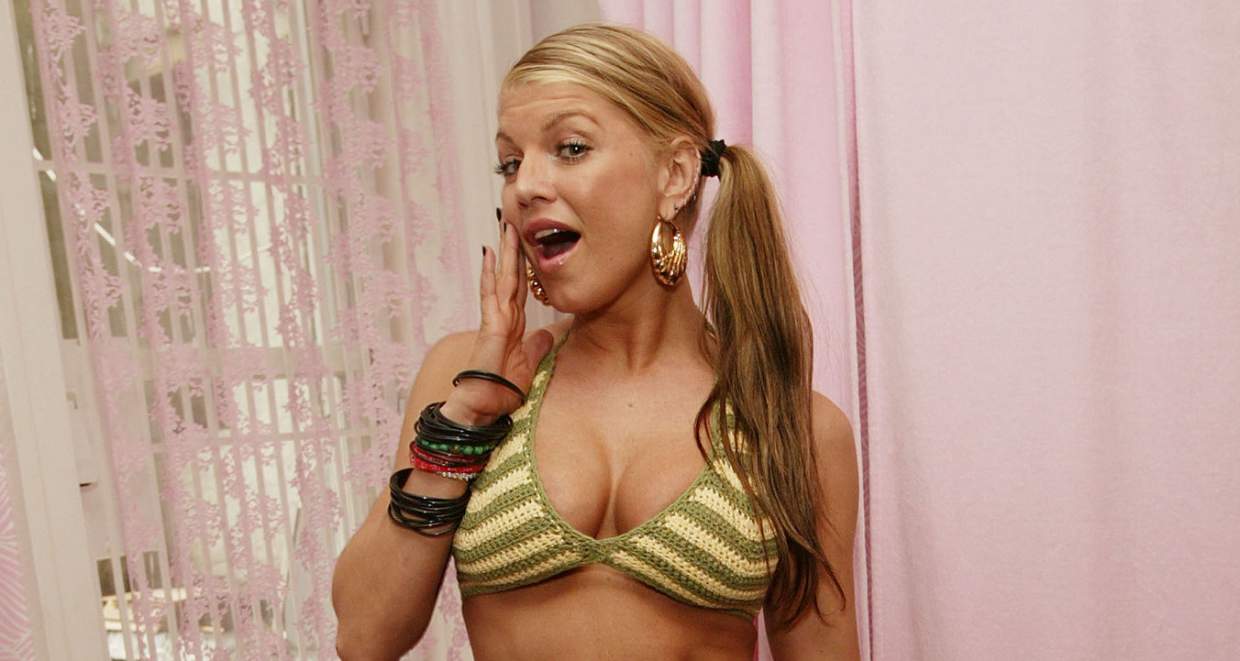 American singer-songwriter Fergie is on our minds again, and it doesn’t even matter that she gave a questionable performance at the NBA All-Star Game. Fergie has become a fan favorite since the start of her career with the Black Eyed Peas, and it’s likely she will always remain one (even if she butchered the National Anthem). She’s a combination of sexy and strong, which has led us to create this list of Fergie’s hot pics. Feast your eyes boys and girls, Fergie’s bikini pics are delicious and we’ve got the best ones here!

Fergie’s Instagram is peppered with snippets of her high-flying life and fans come in flocks to gawk at her gorgeousness! With 4.4 million followers on the social media app, there is no denying that if Fergie posts a bikini pic, it won’t go unnoticed! So, scroll down to see if your favorite Fergie sexy pics made the cut!

Fergie’s Career as a Songstress

Fergie has been a sensation ever since she brought her own brand of sultriness to The Black Eyed Peas. Her solo album, The Dutchess, which was released in 2006, created a different kind of shock wave among fans.

The songstress is not only a great solo singer, but she is also special and valuable with or without a band backing her up.

Fergie is many people’s go-to singer whenever they need a little pick-me-up. With songs like “London Bridge,” “Glamorous,” and her latest, “M.I.L.F. $,” Fergie has been entertaining her fans like nobody else! (And it’s impossible not to want to get us and shake it to her music!)

The singer’s voice is as unique as her persona and when she takes the stage at concerts, she comes out swinging! She always delivers a high-intensity show that keeps fans coming back for more.

It’s safe to say even Queen Bey’s fans have a little corner just for Fergie in their hearts. And, she is gorgeous to boot!

Here are 10 of the sexiest pics of Fergie. These photos are enough to make you go loco!

#2. Keep Your Eyes on the Prize