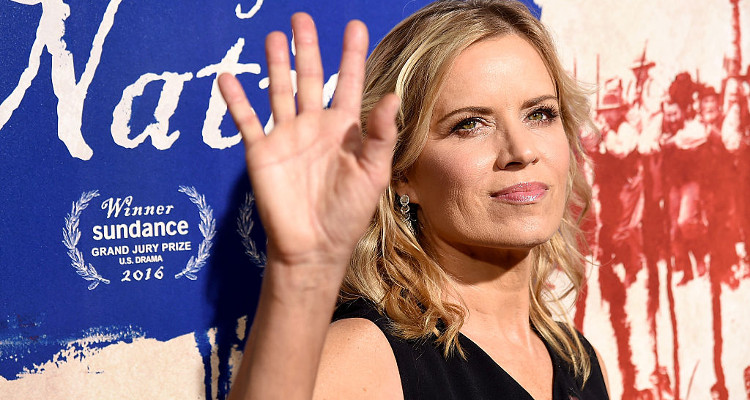 Kim Dickens’ shows have given viewers some really good stuff to tune into. The actress has had roles in some of the best TV shows of the past decade, and she’s now tackling the zombie apocalypse in Fear the Walking Dead.

Kimberly Jan “Kim” Dickens was born in Huntsville, Alabama on June 18, 1965, to Pam Howell and Justin Dickens. Her father was a country-western singer-songwriter, so she grew up in a musical household.

“My dad is a singer and songwriter, so I was surrounded by music and performing,” said Dickens to a local Alabama publication. Performing was in her blood, according to her, and she was drawn to acting during her senior year at Lee High School.

She saw the school’s production of Guys and Dolls and was motivated to take up acting classes. At that time, her routine was packed with softball, basketball, tennis, and the National Honor Society. But acting was her calling, and she had a good teacher. “During my senior year at Lee, it dawned on me to take an acting class. I think Ms. [Vivienne] Atkins was my teacher and it was fun.”

After graduating, she went to Vanderbilt University in Nashville, Tennessee, where she acquired a Bachelors degree in communications. Shortly after that, she studied at the Lee Strasberg Theatre and Film Institute, New York and graduated from the American Academy of Dramatic Arts while working as a waitress. She later moved to Los Angeles for her career. These days, she splits her time between L.A., NYC, and Huntsville.

#3. She Started Out with Small Roles

Dickens made her professional screen debut in 1995 on Palookaville. After a couple of television films, she landed her first leading role opposite Vincent Gallo in the Kiefer Sutherland-directed, Truth or Consequences, N.M. Eventually, she began bagging roles in star-studded films like Zero Effect with Ben Stiller, Bill Pullman, and Ryan O’Neal. She also did Mercury Rising with Bruce Willis and Alec Baldwin.

She has had famous co-stars like Heather Graham in Uncommitted, Elisabeth Shue and Kevin Bacon in Hollow Man, and Cate Blanchett in The Gift. She also worked in movies like House of Sand and Fog, Thank You for Smoking, Gone Girl, The Blind Side, and Footloose (2011). She has earned a net worth of $2.0 million through her career in the entertainment industry.

The actress is most famous for her roles on TV, including shows like Treme, Sons of Anarchy, Deadwood, House of Cards, and most recently, Fear the Walking Dead.

#4. Her Personal Life is Private

Nothing new there! Celebs are known to keep their personal lives low key. But there have been various speculations about the love life of the 52-year-old actress.

Kim Dickens was reportedly married to Alexandre Rockwell at one time, but divorced long before she hit stardom. She’s now said to be married to a businessman named Ken Dixon, and they have a daughter together, who was born in 2000. However, there’s no proof to confirm these reports at this time.

#5. Her Take on the Shocking FTWD Death

The second episode of FTWD Season 3 opened with a shocking death. Travis Manawa (Cliff Curtis), Dickens’ on-screen husband in The Walking Dead prequel, dies when the group is heading to Broke Jaw Ranch. Travis is in a helicopter on the way to the ranch when bullets are fired at them. Travis is shot and falls to his death from the helicopter. At the end of the episode, Madison learns of Travis’ death and breaks down.

Cliff had signed on to play the protagonist in not one, but four sequels of James Cameron’s Avatar. So, he probably left FTWD to focus on his new project. However, it didn’t stop his fans and co-stars from reacting to his shocking demise.

Dickens said in an interview, “Obviously Cliff goes on to do other great things, but you know we all were sort of heartbroken in part because we’d become a family and started the show from the ground up.” But she’s not surprised, since no one’s safe in the post-apocalyptic world, and she added that all the characters are at risk of dying in the genre.