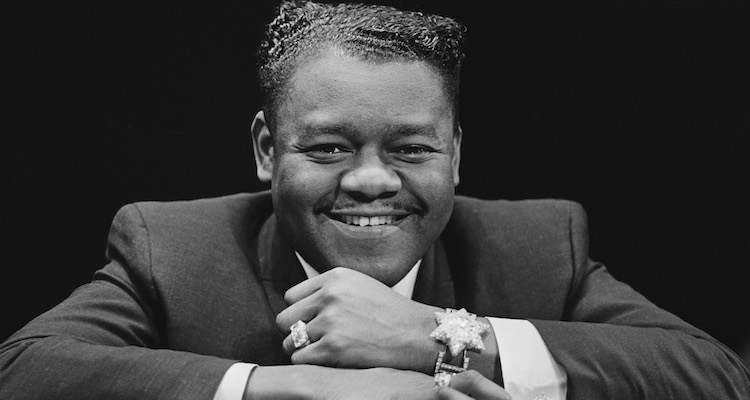 Fats Domino is one of the pioneers of rock and roll. He broke a number of race and cultural barriers that helped create the genre, and it could be argued that without Fats Domino, there wouldn’t be an Elvis Presley or The Beatles. With Fats Domino’s death, we’ve come to an end of an era as so few of his peers are still among the living. But when did Fats Domino die? In our Fats Domino wiki, we will go over the life and influence of the man from New Orleans, Fats Domino’s net worth, as well as his cause of death.

The man who would be known as Fats was born Antoine Domino Jr. in New Orleans, Louisiana on February 26, 1928. He grew up in a family of musicians as his father was a violinist. Not much of those early years is really well known, but what is known is that Fats and his family moved into the 9th Ward of New Orleans, an area he would call home for pretty much his entire life.

Making His Way in Music

Fats learned how to play piano from his brother in law, Harrison Verrett. He began playing professionally in 1947 when he joined the Solid Senders band under band leader, Billy Diamond. He gave Fats his nickname, as Diamond felt it reminded him of other pianists like Fats Waller and Fats Pichon.

Fats began making waves with his first record, The Fat Man in 1949. The record went on to sell one million copies by 1953 and is often regarded as one of the first records in rock and roll. Fats continued to gain popularity with hits like “Ain’t That a Shame” (1955), “Blueberry Hill” (1956), and a string of others into the early 1960s. It’s important to note that Fats managed these great sales while a lot of radio stations in the United States refused to play music by black artists. By 1963, Imperial Records, his recording home since he began, was sold and with his new label, ABC-Paramount, producers started to tinker and change how Fats recorded songs and made records. This would be the start of a decline in Fats’ recording career. Despite this, he maintained a regular and healthy touring career up until the 1980s.

Settling Down and Death

By the 1980s, Fats Domino’s songs brought in enough money that the musician no longer felt the need to tour extensively or leave New Orleans. While he continued to perform in New Orleans (where he still lived in the 9th Ward), he rarely ventured out. Fats would not accept invites that caused him to leave New Orleans, including one from a president and one from the Rock and Roll Hall of Fame when they inducted him in 1986. Even Hurricane Katrina had a hard time getting Fats to move out, despite his area being one of the worst ones affected by the storm. But unfortunately, Fats Domino passed away on Tuesday, October 24, 2017 of natural causes, surrounded by family.

The influence that Fats Domino had on early rock and roll was enormous. Elvis Presley often pointed to him as an influence and proclaimed Fats the real king of rock and roll. You can hear Fats’ influence in early Beatles material. Songs like “Lady Madonna” with its rollicking piano just echo the influence of Fats Domino. His records and singles sold well enough that at his death, he still had a net worth of approximately $8.0 million! Considering his best years were during an era where the radio was often segregated, he stopped touring in the 1980s, and had to rebuild his home after a hurricane, that’s a pretty impressive feat! Fats Domino broke down cultural walls and helped create a genre of music still enjoyed today, and the world is better for having had him in it. Ain’t that a shame, he’s gone.