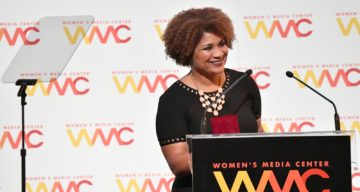 Fatima Goss Graves, the inspiring activist and social advocate, has featured often in the media during the pandemic. She has highlighted the impact of the pandemic on the women and people of color in the frontline workforce. The CEO and president of the National Women’s Law Center has a background in social work that deserves the recognition it gets and more. Fatima Goss Graves’ family is where her roots in public service begin. The Goss family has a significant place in Michigan, so we reveal more about this activist’s family here.

Fatima Goss Graves, who celebrates her birthday on January 18, hails from Detroit, Michigan. She is one of three children born to Tom Goss and Carol Goss.

Knoxville, Tennessee native Tom Goss played football at the University of Michigan and graduated in 1968 with a BS in education. He was the university’s athletic director amid the infamous basketball scandal of late ’90s.

Graves has said her father and aunt were named plaintiffs in a historic post-Brown Supreme Court ruling about the desegregation of schools in Knoxville.

Graves’ mother, Carol Goss, is the president and CEO of the Skillman Foundation, a nonprofit that aids Detroit children and youth in fulfilling their dreams.

“Both of my parents emphasized a commitment to public service from a young age. I have two sisters, and they always instilled in all of us the importance of being involved in issues that we’re passionate about—and about giving both our time and talents to those issues. In addition to my work here at the Center, one sister directs philanthropic affairs and urban renewal for the City of Detroit, and, while still in school, my other sister has always been heavily involved in community activities,” Graves stated about her family in a profile for the National Women’s Law Center.

Graves has two sisters, Anika Goss-Foster and Maloni Goss. Graves as well as her sisters inherited their parents’ drive for service.

Also a University of Michigan alum, Goss-Foster is credited for her role in Detroit youth development. She is currently the head of Detroit Future City, which enables citizens to have a say in city planning.

Goss is a Columbia graduate, and works in the luxury goods retail industry. Her resume boasts stints at Chanel, Gap, Polo Ralph Lauren, and more.

Fatima Goss Graves rarely posts about her husband and kids, and keeps their identities hidden. She has two sons, but not much is known about them.