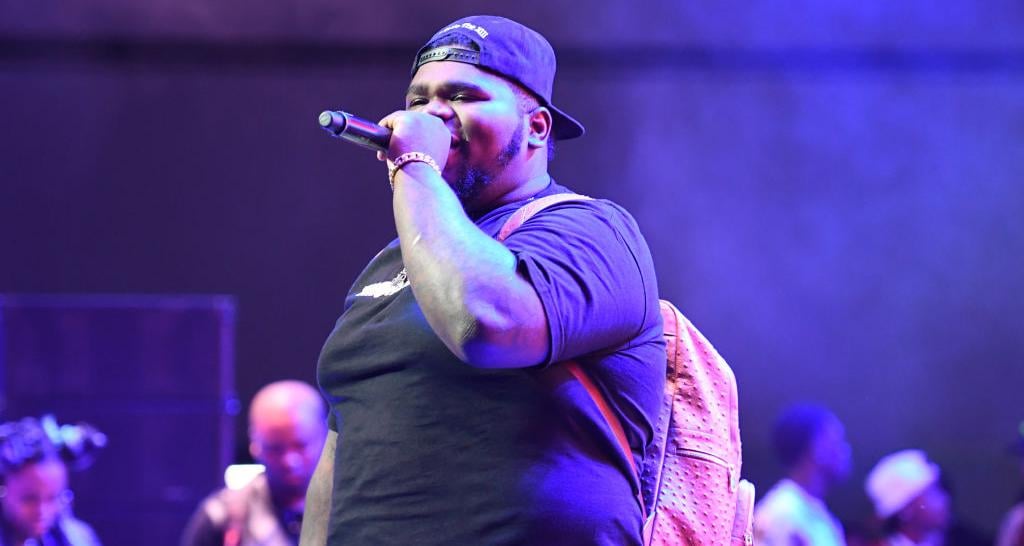 Fatboy SSE proved to be nothing short of Santa Claus for three young men who received brand new shoes and socks from the rapper and comedian. Even though Fatboy SSE’s net worth is estimated a modest $500,000, he has a big heart and is trying to make a difference in the world.

Comedian and rapper Fatboy SSE is continuing his one-man crusade to make the world a better place. He believes that we all have it in us to help each other and shared videos of himself performing acts of kindness.

One of these instances had him giving a woman he did not know cash just because he wanted to see a smile on her face.

Watching from the Sidelines

Now the rapper went one step further. A video was posted on Fatboy SSE’s Instagram from a mall visit on May 24, 2018.

He saw a few boys being removed from the premises for attempting to steal. Their plight moved Fatboy SSE, as the boys told him they only wanted to have new things, and celebrities they saw treated them badly.

Being Kind to Strangers

To show them that receiving the things they want is better than stealing them, Fatboy SSE bought the boys shoes.

These three boys only hoped to own the clothes and accessories they could not afford. So, it was literally a dream come true when Fatboy SSE purchased it for them.

Fatboy SSE topped off his kind act by throwing in some Polo socks for good measure. He did this so that the boys will learn from their mistakes, and actually work hard to raise their self-esteem.

The rapper himself was in a bad situation some years ago, when he sold drugs to make money.

Turning His Life around for the Better

Fatboy SSE even went to jail but never lost hope. However, he managed to turn his life around by focusing on what he could give to the world.

He found that he had an innate sense of humor and could sing. So, he started making funny videos and posted them online and is a musician.

Today, Fatboy SSE’s estimated net worth is about $500,000 and growing.

There will undoubtedly be some naysayers who may think that one kind act by Fatboy SSE will not cause a significant change. But the truth is that even if one person is helped, that can start a chain reaction, and even more lives can be positively affected.

Fatboy SSE is very confident that he can make a difference in people’s lives and will continue to do what he can to help in the future. After all, every big change had a small start!

Check out the video of Fatboy SSE giving away shoes to the three boys below:

SEEN THE LIL HOMIES GETTING KICKED OUT THE MALL FOR TRYNA STEAL SO I PULL THEM TO THE SIDE & TOLD THEM KARMA AINT NO JOKE SO YOU WANNA DO RIGHT IN LIFE & ALL THE YOUNG HOMIES WANTED WAS SOME GEAR THEY SAID THEY SEEN A COUPLE CELEBRITIES WALK PASS THEM & TREATED THEM LIKE SHIT FUCK THAT I COULD NOT DO IT CUZ I COME FROM THE SAME THING THATS THE BOTTOM SO I COULD RELATE ?????????????? GOD BLESS MY YOUNG NIGGAS ?????????? & TO YOU HOLLYWOOD ASS NIGGAS GET YO HEAD OF THAT CLOUD CUZ THEY TAKE IT WITH THEM FOREVER ?