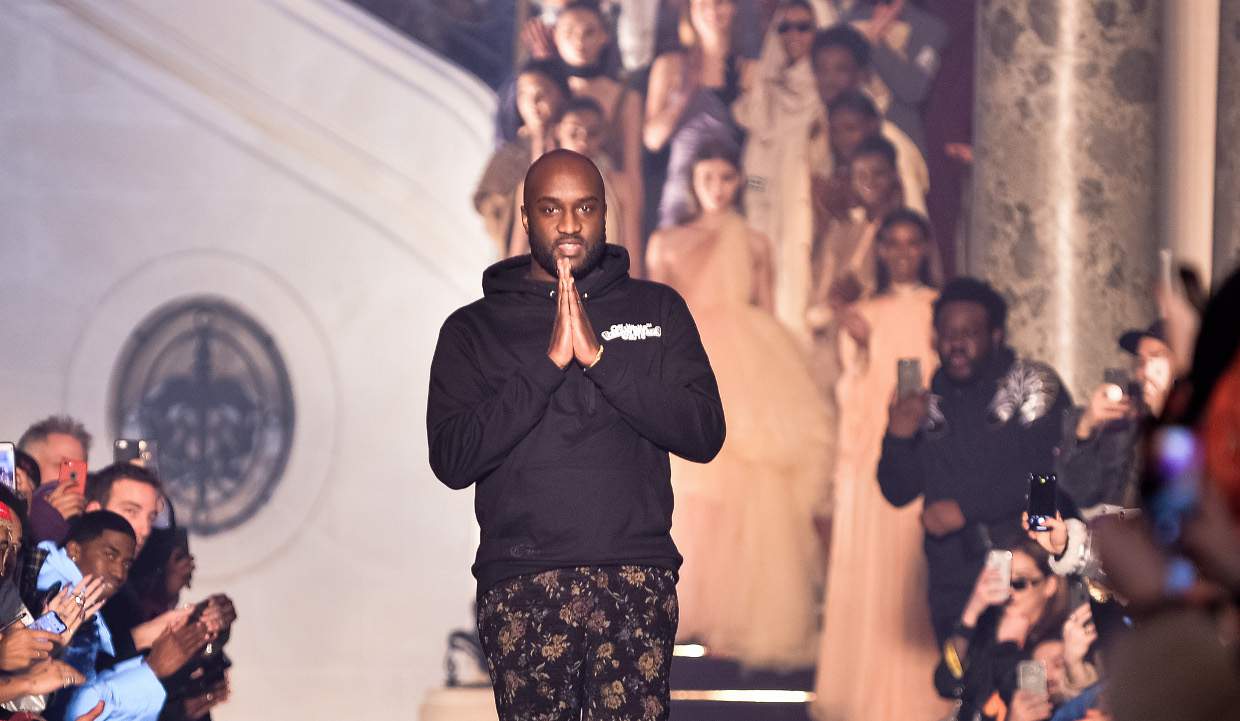 Virgil Abloh is a fashion designer and the new artistic director for men’s wear of the monumental fashion house, Louis Vuitton! Abloh was closely associated with Kanye West for more than a decade before he launched his own brand, Off-White. He is married to Shannon Sundberg. Read more about his rise to the top, right here!


Who Is Virgil Abloh?

Who knew a civil engineer could showcase at Paris Fashion Week!

Born on September 30, 1980, the 37-year-old designer is a name to reckon with. You better get to know him now, because he is about to take the LV fashion world by its reigns!

Virgil Abloh comes from Ghanaian backgrounds. His parents are immigrants from Ghana, Africa but settled in Illinois in USA.

As for Abloh’s upbringing, he was raised in Rockford, Illinois in a middle-class family; his mother was a seamstress and his father was a paint company manager.

His parents let him DJ on the weekends when he was a young gun, but were pressed on a good education.

The new Artistic Director of Louis Vuitton’s men’s wear collections is a graduate in civil engineering from the University of Wisconsin, Madison.

He said he had a lot of ideas in his head, and that the fashion industry is a great place for such people.

The award-winning designer might not have expected his future to shape up the way it has, especially since he studied architecture for his Masters at the Illinois Institute of Technology!

But it did, and it all started with a simple meeting.

It’s no surprise that Kanye West himself has always been a businessman, and everything his touches turns to gold. He’s seen more success than many, so it was no shock that his clothing line would be equally lucrative. And Abloh had a huge hand in its success.

It was in 2003 that the West-Abloh collaboration began, and the duo have been chums ever since.

It was that year, Kayne was building a brand himself and Abloh was just contemplating taking up fashion design.

Virgil Abloh couldn’t have become Virgil Abloh of the fashion industry, if it was not for his change of direction, and John Monopoly.

No, he didn’t play the board game with Kanye West; John Monopoly was the manager of the music mogul back in the day!

Abloh had begun a small screen-printed t-shirts business and was convinced he could design merchandise for Kanye West.

He created some looks for the man, using his G.O.O.D logo—and just like that, he became a part of the up and coming Kanye West brand!

When West wanted to learn something about fashion, the duo interned together with Fendi.

The Unexpected Start of the Journey into Fashion

Virgil Abloh was West’s right-hand man when it came to direction of design for Donda (West’s creative agency), be it in his merchandise, his sets, or his own wardrobe choice to the Grammys.

Virgil Abloh, along with Jay-Z and Kanye West, was nominated for a Grammy in 2011, for Watch the Throne.

The same year, Abloh’s RSVP Gallery in Chicago marked the start of a whole new experience in his life. The menswear boutique in Chicago was founded in 2009, and their Linkedin page says that they are a place where “pop art meets luxury.”

The company is all about, “Offering merchandise that doubles as art, RSVP serves as a luxury boutique/art gallery that displays and sells pop art and design from around the world. Short for “Répondez s’il vous plaît” or please respond, the store’s name is an invitation for guests to not only visit the space, but participate, get inspired, and respond.”

A Purple Wedding and an Off-White Start

By the time Virgil Abloh’s brand came into existence, he was already a fashion alchemist.

He was creative alright, and it showed in the way he proposed to his high school sweetheart, Shannon Sundberg!

The big surprise came in a plain package. Abloh proposed to his wife after he asked her to drop him to the airport.

When he got out, and she made the switch to the driver’s seat, there he was on one knee with a ring in his hand!

The couple opted for a purple-white themed wedding, with creative tidbits sprinkled all over the place.

Virgil Abloh and his wife tied the knot on April 25, 2009, in Chicago, Illinois.

The couple now have two children, Grey and Lowe and the family lives in Lincoln Park in Chicago.

Abloh introduced Pyrex Vision to all fashion lovers in the country. The brand earned its name for screen-printed t-shirts with logos of mammoth brands, which sold for hundreds of dollars.

Once Pyrex was in place, Abloh was plenty inspired to go ahead and the cut the ribbons to Off-White.

A brand which is synonymous with pop culture today, as if it had roots into the current scenes, Off-White was founded in 2013.

This is one of the reasons, the Milan-based brand (which is located in Tokyo, New York City, Shanghai, Sydney, Kuala Lumpur, London, and the list goes on) is doing so well with the youth.

“I look at my job, or mission, or passion, as defining streetwear, It’s a term that I always say could end up like disco if not handled well…I’m trying to see how far I can push it,” Virgil Abloh said in an interview.

a real one @blondey

While pursuing a civil engineering degree, Abloh probably hadn’t the faintest idea that someday his fashion brand would become a prominent name at Paris Fashion Week.

His signature stripes can be recognized by people across the globe, making him the perfect candidate to run a fashion house.

Louis Vuitton’s newest recruit has had a history with the brand before.

Along with being a finalist for the LVMH (Louis Vuitton Moet Hennessy) prize, Abloh also got his hands on awards and nominations from the CFDA (Council of Fashion Designers of America) and BFA (British Fashion Awards).

In a short while, Off-White became as big as any other brand in the country and the world.

He spoke at the Harvard School of Design about finding that direction a creative person needs. He also passed around some sneaker prototypes to the students present for his lecture, which ended in him autographing a few shoes.

From Patrick Demarchelier photographing his pieces for Vogue magazine, to Bella Hadid opening his runway shows, to collaborating with IKEA, the man has come a long way since that 2003 meeting with Kanye West!

Today, if you’re talking Abloh, you’ve kept up to date with fashion, and everything that comes with it.

And now, as the Men’s Artistic Director for Louis Vuitton, he’s proving to the world that dreams really do come true!

Louis Vuitton is delighted to welcome Virgil Abloh as its new Men’s Artistic Director. His first show will take place in June during Men’s Fashion Week in Paris. pic.twitter.com/4aEOH7T9J8