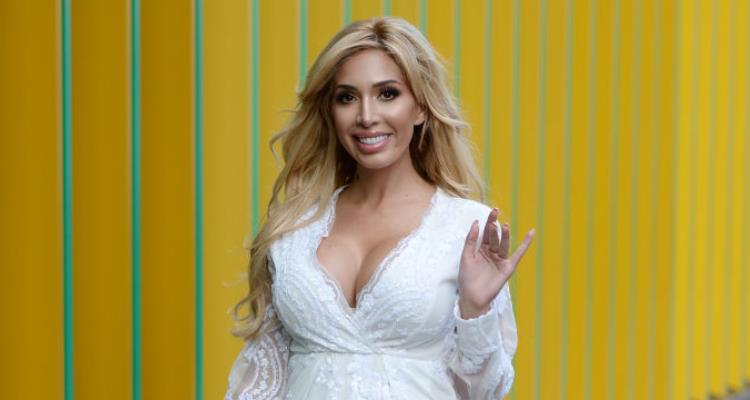 Farah Abraham made her debut on 16 & Pregnant back in 2008, and has been in the spotlight ever since. She’s been on all six seasons of the sequel, Teen Mom OG, other than a brief hiatus during season 5—but we’ll get into that later. Her story is arguably one of the most dramatic of all the teen moms that she shares the screen with, and that’s saying a lot. As the sixth season of Teen Mom OG wraps up, some things from the 26-year-old’s past have come to light—namely, Farrah Abraham’s childhood trauma. Viewers have heard her reference her tumultuous upbringing in the past, but the details were never divulged—though we got a pretty good idea of what might’ve happened back then, after what went down in 2010. While she has been pretty much the only one to publicly talk about her childhood trauma, Farrah Abraham’s parents are now speaking out. To learn more about Farrah Abraham’s childhood abuse and what her family has to say about it, keep on reading.

Digging Into a Shady Past

Teen Mom OG’s Farah Abraham has publicly claimed to have been abused as a child, both mentally and physically. She first brought to light her dark past back in 2015, when she was a guest on Brandi Glanville’s podcast, “Brandi Glanville Unfiltered.” When talking about some of the abuse she endured, Farah notes that her parents, Debra Danielsen and Michael Abraham, would beat her with a belt when she acted out, allegedly leaving bruises and welts on her body. “At that time, we really didn’t [have a relationship] because of some of the abusive things that had happened,” Abraham said. “My parents got put into jail, both my mom and my dad.” While she continues to go through rough patches with both of her parents, they’ve attended therapy as a family to try to work through their issues. “We’ve talked through a lot of our abuse. Not everyone’s a perfect parent, but we do learn and we grow from that. I’m not trying to be harsh on my family because it does make them sad to think back about how they used to be and some of their choices,” stated Farah.

Her Relationship with Debra is a Messy One

Although they’ve spent quite a lot of time in therapy (both on and off-screen), Farrah’s relationship with her mother still seems to be quite strained. Just a few weeks ago, we saw the pair have a major blowout on a family vacation, arguing about Debra’s choice of fiancé. Even though season six of Teen Mom OG has effectively ended, the drama continues to ensue with this family. OK! Magazine released a sneak peak of part II of the show’s reunion, where Debra invalidates pretty much all of Farah Abraham’s abuse allegations. In the short clip, she was asked by therapist Dr. Drew Pinsky about the things Farah has said about her childhood. Debra told him that, “No there really wasn’t, there really wasn’t trauma. There was no abuse, there was none of that, that went on.” With her fiancé by her side, she went on to say, “People have things that have happened to them, just like everybody in this audience have had something happen to them. But our mental state of mind determines how we process it, how we handle it.”

Do you or Do you not hate your mother #liedetectortest

Her Father Came to Her Defense

Farah attributes much of her emotional and psychological trauma that displays itself in her adulthood, to what she experienced as a child. And while her mother denies that her childhood should’ve had such an effect on her, Michael, Farah’s dad, vehemently defends his daughter. A couple of weeks back, he took to Twitter to shoot down haters saying, “Mine comes from being a disabled VET for hearing loss… Farrah’s is from her trauma — shame on you for your judgement,” he tweeted. When fans asked about exactly what trauma his daughter was acting out as a result of, he said, “It was many things…fighting between her mom & father, Debra & her physical actions toward Farrah & her sister…”

We anticipate we’ll see more of this saga regarding Farah, her parents, and her alleged child abuse. It’s all going to play out on the second part of the season six Teen Mom OG Reunion Show, which airs tonight on MTV at 9 p.m. Don’t miss it!