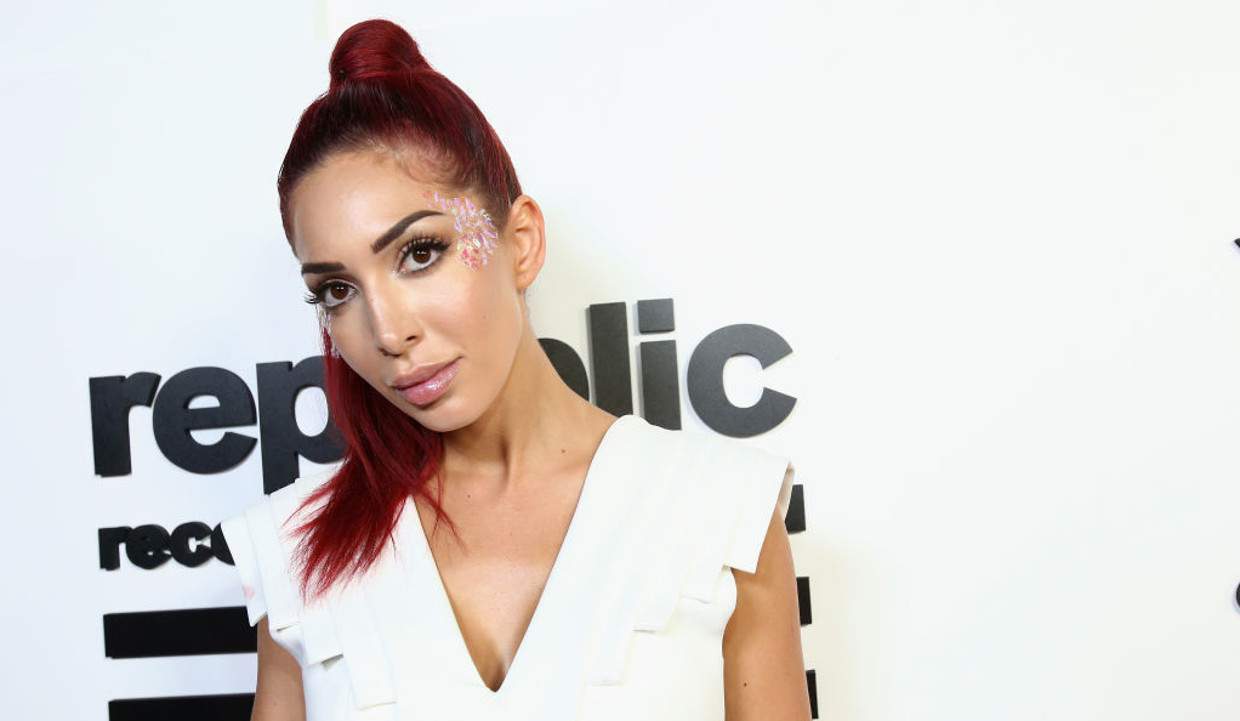 Fans of Farrah Abraham were wondering if she was still on Teen Mom OG after learning about her accusations of MTV “sex-shaming” and firing her. While Abraham says the network made it impossible to continue on the show because of her career as an adult performer, the network denies those claims. Abraham filed a $5.0 million lawsuit against Viacom, and the matter is now being taken to court.

Farrah Abraham has been a controversial participant on nearly every show she was on, starting with 16 and Pregnant. She has been in the limelight in the past few years because of her regular appearances in MTV’s Teen Mom OG.

Lately, rumors have been circulating that Abraham is no longer on the show as season 7 seems to be winding down. So, is Farrah Abraham still on Teen Mom OG? Was Farrah Abraham fired?

Here is what we know about her status on the show.

In late January 2018, Abraham made multiple accusations against MTV in an Instagram post, calling the show “hateful” and “horrible.” She also said that she was moving on from the series.

Abraham, who also works as an adult performer, alleged that MTV canceled her dating show. She said that cast and crew members “always plot, schemes, spew their false, jealousy, hateful, discrimination & harass someone for their sexual freedoms.”

The TV personality wrote on Instagram, “I will no longer allow this hateful, horrible show around my family, it’s sad producers ruin their top leading networks show because they let their ego, politics, hate, discrimination & horrible sexual harassment behavior ruin a show.”

Faced with a Tough Choice

Back in November 2017, Abraham was given a choice to “either pursue her career as an adult video performer or continue to star in the MTV series.”

Abraham was allegedly told, “If you choose to work in the adult industry, we can’t continue to film you.”

Lashing Out in Anger

Needless to say, Abraham did not take this ultimatum kindly and fired back at executive producer Morgan J. Freeman.

Abraham said, “Who are you to tell someone to choose one thing? F**k shoot me for being who I am!”

Farrah Abraham didn’t stop at accusing MTV of “sex-shaming” and firing her. She went ahead and filed a $5.0 million lawsuit against the network and Teen Mom OG production team for firing her because of her decision to continue her adult entertainment career.

Abraham alleged that as a “direct result of the confrontation and her decision to not gender to their stereotypes of how women should act and appear,” she was cut off from the current season of Teen Mom OG. She mentioned wrongful termination and violations of Texas and federal law in her lawsuit.

Viacom, the parent company of MTV, released a statement, which read, “We respect Farrah’s decision to pursue other endeavors, and we wish her the best. Regarding her suit, the claims are without merit.”

Don’t Count Her Out, Yet!

So, the latest news on Farrah Abraham is that she’s out of Teen Mom OG and will not be seen if the show returns for its eighth season. Her fans will surely be disappointed.

However, knowing the reality star’s tenacity, don’t be surprised if she’s back on your screens soon!