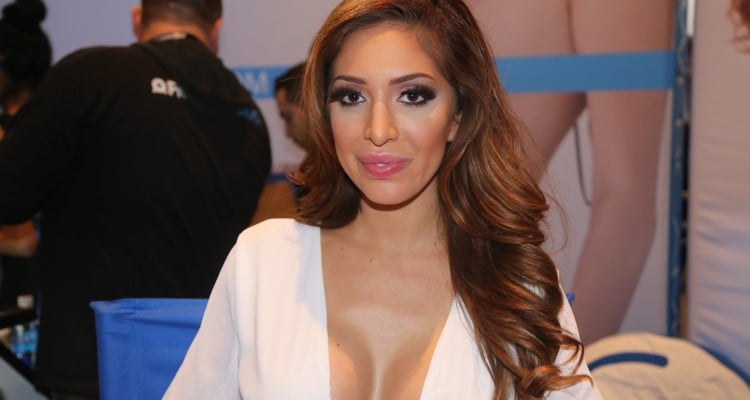 This Teen Mom star is quite the wealthy celebrity! Farrah Abraham’s acting career and model gigs are her main source of income. Some may know of her through the explosion of media in 2013 surrounding her scandalous video that she sold for over $1.5 million dollars. For more information on Farrah Abraham’s net worth, Farrah Abraham’s daughter, and if Farrah Abraham is pregnant, continue reading these five facts.

She is a Million-Dollar Mom

Abraham’s net worth seems to be a challenging figure to conclude. Some sources state her value at $1 million dollars, while others, a lower estimate of $325 thousand, and others estimate $5 million dollars as of 2015. Her net worth is attributed largely to her adult movies, which accumulated over $3 million! Her sponsorship and endorsements amount to $130,719, according to the Net Worth Tomb website.

She Creates Her Own Rumors

Known for starting stories about herself to gain publicity, Farrah Abraham’s pregnancy rumors are just another one she instigated, herself. Abraham told multiple news sites that she is working on adopting a child. She also publicly shared a screenshot of a conversation over text message with Farrah Abraham’s boyfriend, telling him she was pregnant. She quickly removed the conversation with Simon Saran.

An interview with MTV confirmed the rumor was false, when Abraham’s mother, Debra Danielson said, “Farrah isn’t pregnant… Simon isn’t in the mode for this stage either.” As for the adoption news, Danielson said, “This may happen one day… Farrah is considering adoption in the future.” Let’s hope she’s matured by then!

She is in a Shaky Relationship

In July 2016, Abraham claimed she was putting her relationship with Saran behind to find her soul mate on Million Dollar Matchmaker, but based on their track record, that may not be true. The 25-year-old can’t seem to decide how to deal with their relationship, as the couple is continuously on and off. It seems it’s not always easy to get over young love – Saran was her first new dating partner since the death of her daughter’s father, Derek Underwood, who passed before Sophia was born. Fans were shocked at her breakup announcement in July, as the couple was caught house shopping in spring 2016.

She Was Cut Off from Her Sister

In 2013, Abraham faced a DUI arrest and blamed it on her sister, Ashley. Farrah Abraham’s sister decided to stop communicating with her, and the rest of the family except their grandmother.

She Considers Herself a “Bad Mom”

Farrah Abraham’s Instagram has a few posts sharing updates from her journey on Teen Mom OG, and pictures of her daughter, Sophia. Despite being an adult, she still behaves like a teen. In one photo she prides herself on being a “bad mom” for drinking Vodka. According to the comments below, most people don’t consider that a good quality, either. Let’s hope the new season will bring about some positive change for her!

Celebrities
What Happened to Gia Banks’ Face? What Caused the Scar on the “Legendary” Star’s Face
Advertisement