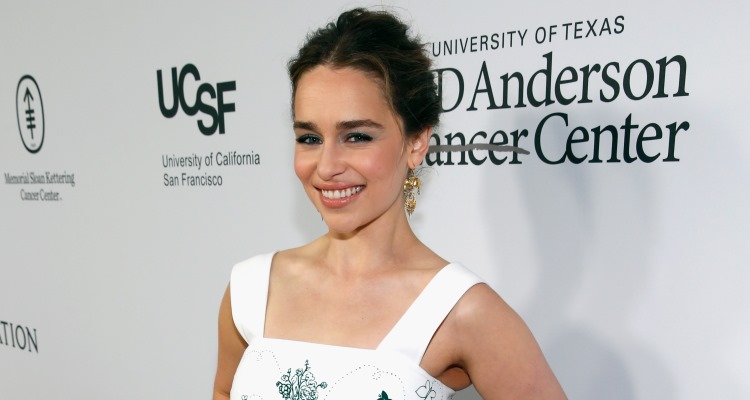 It’s Valentine’s Day and Game of Thrones star, Emilia Clarke is in the mood to share some love with her fans. Just a few hours ago, the English actress took to Instagram to show off her Valentine’s Day themed shirt and fans couldn’t have been happier.

Clarke took to her personal Instagram to show adoring fans her Valentine’s Day shirt and the fans couldn’t love her more. The post was captioned, “ACCIDENTAL APPROPRIATE DRESSING.”

Clarke wore a white shirt with hearts with eyes on them underneath a marigold, wool coat. The post earned the 30-year-old actress over 1.0 million views and over 900 comments, all of which praised the Game of Thrones star on her accidental choice of dress. She may not have meant to wear that shirt, but something tells us that she subconsciously knew it was Valentine’s Day. After all, who doesn’t know what special day it is?

Clarke’s character, Daenerys Targaryen never has much luck when it comes to love, but that’s not why fans love her so much. On the last day of filming the seventh season of Game of Thrones, Clarke took to Instagram in the best way to tease her millions of fans. The English star showed a brief clip of her lip-syncing to R. Kelly’s “I Believe I Can Fly,” while still wearing her character’s platinum blonde wig. “That feeling when at last you’re a day away from wrapping season 7,” she captioned the celebratory post. “I BELIEVE THIS ONES GONNA BE A MIND BLOWER…” It looks like this will be the best season yet and the Mother of Dragons is going to have fans on the edge of their seats! After the way Cersei blew up most the characters from last season (even inadvertently causing her own son to die), fans are glad to know that Daenerys is still alive and well. But for how long?