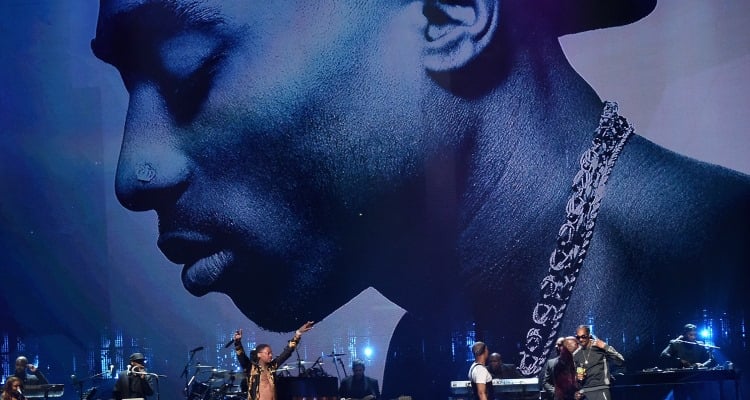 With the release of All Eyez on Me, a movie based on Tupac Shakur’s life and fame, fans of the late rapper have been looking into the Tupac movie, trying to learn more about his music and how he lived. To celebrate the release of the biopic film and what would’ve been Tupac’s 46th birthday, have a look at our list of Tupac quotes.

There are many Tupac Shakur quotes by the legendary rapper, but there are only a few famous Tupac quotes that fans will remember. Whether it’s from a movie, a song, or an interview, Tupac was a poet at heart. From his thoughts on love to his take on life, the iconic rapper wasn’t just known for his death or his musical talent, but his insight, as well. Reflect on the legend that was Tupak Shakur with these inspiring quotes.

“If I was white, I would be like John Wayne. I feel like a tragic hero in a Shakespeare play. Somebody who pulled himself up by his bootstraps, from poverty.” — Entertainment Weekly, 1994

“What makes me saying ‘I don’t give a f—k,’ different from Patrick Henry saying ‘Give me liberty or give me death?’ What makes my freedom any different than Bosnians or who ever [America] wants to fight for this year? They should give money to the ghetto.” — MTV, 1994

“You see you wouldn’t ask why the rose that grew from the concrete had damaged petals. On the contrary, we would all celebrate its tenacity. We would all love it’s will to reach the sun. Well, we are the rose – this is the concrete – and these are my damaged petals. Don’t ask me why, thank God n*****, ask me how!” — The Rose That Grew From Concrete, 1999

“If we really are saying rap is an art form, then we got to be more responsible for our lyrics. If you see everybody dying because of what you saying, it don’t matter that you didn’t make them die, it just matters that you didn’t save them.” —Vibe, 1995

“Until it happened, I really did believe that no Black person would ever shoot me. I believed that I didn’t have to fear my own community, You know, I was like I represent them. I’m their ambassador to the world, they will never do me wrong.” — The Lost Prison Tapes, 2010

“Since we all came from a women, got our name from a women, and our game from a women. I wonder why we take from women, why we rape our women, do we hate our women? I think its time we killed for our women, be real to our women, try to heal our women, cus if we don’t we’ll have a race of babies that will hate the ladies, who make the babies. And since a man can’t make one he has no right to tell a women when and where to create one” —Tupac Shakur

“There’s no way I could pay you back but my plan is to show you that I understand, you are appreciated” —Tupac Shakur

“I’m not saying girls are perfect cause we all know that’s not true. But why be unfaithful to her if she was true to you?” —Tupac Shakur

“Forgive but don’t forget, girl keep your head up. And when he tells you you ain’t nothing, don’t believe him. And if he can’t learn to love you, you should leave him. – Tupac Shakur