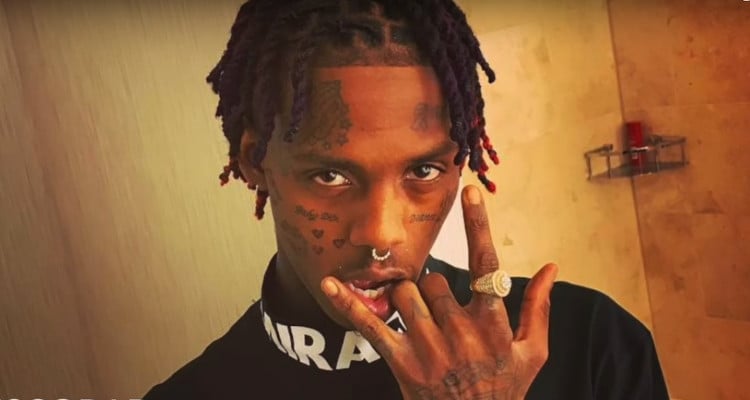 Karma strikes back! Rapper Famous Dex was not included in XXL magazine’s Freshman Class cove. According to the magazine’s editor-in-chief, Vanessa Satten, the decision was made because of the viral video showing Famous Dex beating up his girlfriend for allegedly cheating on him. The video of Famous Dex and his girlfriend was uploaded to YouTube last September. Warning; it is extremely graphic.

What goes around comes around, and rapper Famous Dex learned this the hard way. In September 2016, Famous Dex and his girlfriend’s video went viral on YouTube. Before you ask, no, it is not what you would think.

The viral video showed Dex beating up his girlfriend in a hallway. Singer and songwriter, Tish Hyman posted the video on Instagram, and revealed that Dex was staying in her apartment when the assault took place. In her caption, Hyman wrote, “He not only TRASHED And BROKE INTO my place. He beat this poor girl so badly. Is this the new generation of great artists that young people are looking up to? And is THIS the type of person a great company like @puma #puma chose to represent their brand. So disappointing. I hope this spreads through the Internet and shows these young people what Young Dexter is about. Thank you for hurting me young man. But you truly hurt yourself.”

On Thursday, XXL magazine’s editor-in-chief, Vanessa Satten revealed the reason behind excluding Famous Dex from this year’s cover of the Freshman Class. “There’s a lot of political issues right there that I’m not really sure how long it’ll take to clear up before you get to the next level,” Satten said. “I would say [Dex assaulting a woman] was part of it. There’s a hurdle to get over there, and I don’t know if right now it’s going to happen. There was a lot of talk about that.”

Satten further added, “You can say [XXXTentacion] has got issues. You can say Famous Dex has issues. I think the difference with Famous Dex having it on camera creates a different situation. We saw it. I think the thing with X is also he’s the People’s Champ and hasn’t been found guilty of anything. You kind of have to let that play out.”

In case you have not seen the video and want to watch the horrific video of him beating up his ex-girlfriend, then you can check it out below. Warning: It is extremely graphic in nature and we at ETN do not condone this type of behavior (or any form of violence against women) in any way. Do you support the editor’s decision to not include him on the cover of XXL Magazine? Let us know in the comments below!