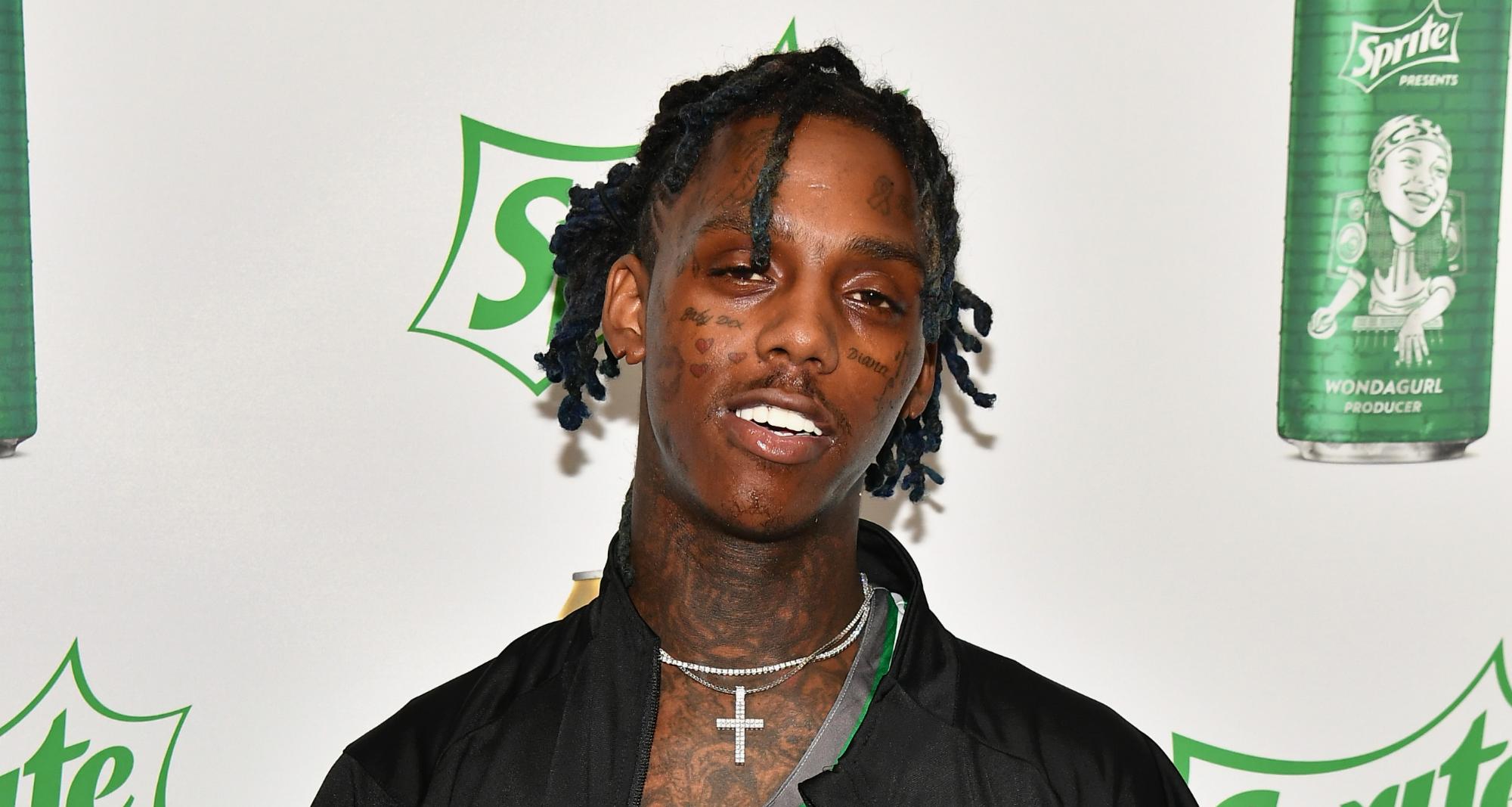 Famous Dex at the Celebrity Basketball Game Sponsored By Sprite during the 2018 BET Experience Credits: Paras Griffin/Getty Images for BET

Famous Dex came from the South Side of Chicago to make a mark in the new hip-hop scene, dominated by artists with a viral attraction. He’s exuberant, slightly weird, raps about positivity instead of aggression, and has the knack to attract fans. Like most artists from his hood, Famous Dex came from a rough background to build an estimated net worth of $600,000. But his troublemaker tendencies affect his wealth.

Hustling on the Streets

Born Dexter Gore Jr. on September 6, 1993, in Englewood, Chicago, he comes from the neighborhood that was home to names like Chief Keef, Lil Durk, and Fredo Santana.

Dex is one of 12 children in the family. His mother was a waitress at IHOP. His father, a former U.S. Army vet, had run-ins with the law because of gang-related activities. The family struggled to get by, and Dex even worked at a Lids store to help the family.

Dexter played basketball in his youth, but he was often suspended from school because of his mischief. When working as a salesman didn’t suffice, he began dealing drugs.

Dex joined the street life at the age of 13 with his brothers, who were gangbangers. He claimed he sold drugs until 2015. At one point, he was stabbed multiple times and was in a coma for four days.

Losing his mother to breast cancer inspired him to get off the streets and pursue music. His priority is keeping his children and siblings safe.

Taking Control of His Future

He initially collaborated with other artists as a hype man under the name Black Migo Dex. He soon assumed the moniker Famous Dex and set about a music career.

Inspired by his favorite show, Dexter’s Laboratory, Famous Dex built an off-kilter rap persona that made him popular. He started by self-releasing his debut mixtapes, Never Seen it Coming and Dexter’s Laboratory, in 2015. The latter contained some of his greatest hits like “Swagg” and “2 Times.”

Soon enough, his flamboyant heavy beats justified the “Famous” in his name. After following it up with more mixtapes, he was the first artist signed to Rich the Kid’s label, Rich Forever.

Dex announced a 19-city tour in support of his first album in 2018. The tour kicked off in May and is expected to conclude by July.

The Chicago-based rapper faced a setback in 2016 when he lost a major endorsement deal. But he bounced back the same year with a clothing line, Dexter, which is available on his official website.

Dexter Gore has come a long way to become Famous Dex, and his hard work has paid off. Now, he is able to drop some serious dough on basic rapper necessities like designer duds and blinding ice.

His personal style includes outfits from Bape and Gucci’s off-shoot, Guccy. He even dressed his daughter in Bape jammies.

He once filmed a video flexing his diamond-studded watch from Audemars Piguet that cost a whopping $80,000.The self-proclaimed class clown also has some massive rings and a necklace with “Dexter” all blinged out.

He recently bought $100,000 worth of jewelry from Icebox, a popular destination for rappers who can’t do without their sparklers. And he paid for his purchases in cash that he pulled out heaps of from his Louis Vuitton bag.

Paparazzi once caught Dex and Rich the Kid littering the sidewalk with $100.00 bills. They flashed their jewelry before trashing a Maybach one of them owned. And they were pretty forthcoming about the fact that none of their expensive things were insured.

While this incident might make Dex seem like he’s like any other rapper who’ll throw away money just to flex, he does have his moments of humility.

He revealed his humble abode soon after he moved in. The apartment is nothing too extravagant as we’ve come to expect from rappers. But he’s mighty proud of the first home he purchased himself after his tough childhood.

In the same video where he showed off the $80,000 on his wrist, he was at a Lamborghini dealership buying his new ride.

The “Bentley” rapper also owns a Bentley Bentayga that costs around $200,000. He gifted himself a Maserati sports car on his birthday, claiming that he traded his Jeep for an Audi, and an Audi for Maserati.

The emerging rapper may have left the gangster life behind, but his trouble courting days are far from over. His past continues to haunt him, and he reportedly spent some time in prison, too.

His climb to success hit a roadblock when a video surfaced of him assaulting his girlfriend. The infamous video lost Dex an endorsement deal with Puma.

Hey, @PUMA. THIS who you got out here representing the brand??? Wow. ?? #FamousDex #DomesticViolence https://t.co/sQUVCkN8K9

Dex is one of the many hip-hop artists hooked on lean. Popularly known as the “Purple Drank,” the drug is a concoction of cough syrup and candy or soda. By his own admission, he once spent $100,000 on lean. But a health scare in 2017 reportedly got Dex to lean off lean.

His professional life was unhindered until Dex revealed he’s no longer signed with Rich Forever Music.

It’s not known why he left the label. Dex was a frequent collaborator of Rich the Kid and featured in the Rich Forever projects. His announcement meant that he would not join the latest Rich Forever 4 project.

After departing the label, he dropped his debut album. His freedom didn’t last long, though.

Dex was arrested in New York City on May 31 on an outstanding warrant stemming from a drinking violation. His arrest is unrelated to his friends’ credit card fraud.

Dex is in the middle of his Dex Meets Dexter Tour. So, there’s a concern that his arrest might affect his work.

Here’s how Famous Dex’s net worth in 2018 compares to other contemporary rappers.