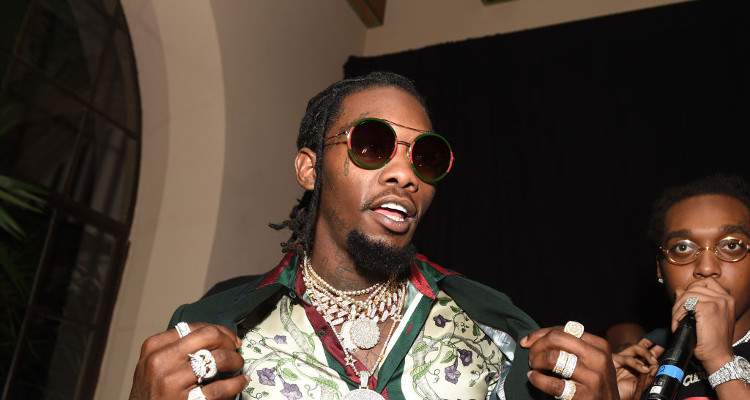 A clip of Offset spending time with a mystery woman recently surfaced. The woman in question is supposedly South African model Faith Nketsi, who is popularly known as “Queen Twerk” and hosts events at nightclubs. Faith Nketsi and Offset reportedly had a short fling when they were both in South Africa this past October.

After a video allegedly showing Cardi B having sex with her fiancé leaked, both rappers have been in the spotlight.

The “Kodak Black” singer took to Instagram on Tuesday to say that the video was just a joke and not meant to be taken seriously and said, “I was fully clothe[d], I was not f*****n’ on live. Yaaa can’t be that slow.”

The clip in question only showed their faces, with Cardi B saying, “I don’t got no more in me left. You gotta give a whole hour.”

This video comes close on the heels of another that was leaked online and allegedly shot by Offset. The video shows him with another woman, leading to rumors that Offset cheated on his fiancée.

Who Is the Mysterious Other Woman?

According to reports, the mystery woman is Instagram model Faith Nketsi, although this has not been confirmed. But, is it really an Offset and Faith Nketsi video confirming that he cheated?

Cardi B admitted that Offset was in the video. And now, fans are wondering if the two were dating when it was shot in October 2017.

Happy Birthday Hubby @offsetyrn i love you so muccchhhh.People see the jewelry and the money ,I see the hard work you put in and how caring you are for others .You take care of family, your kids, gang and friends! You always challenge me to work harder and be better! True King raised by a Queen ?? I loveeee you ,You deserve the world and Me ????❤️❤️❤️

Offset and Cardi B are currently engaged and seem to be going strong. But if they were together when the video was filmed, then who did Offset cheat with?

A Model and Entrepreneur

Fans are convinced that the mystery woman is Faith Nketsi, who is known online as “Queen Twerk.” She is a South African entertainment model who was previously linked with singer-songwriter Davido, who allegedly introduced her to Offset.

Hair by @traycieespieces ? obsessed with all her hair ?

Before the recent leak, Nketsi was previously seen having oral sex with a man believed to be Davido.

You shut that thang down

After graduating from high school, Nketsi studied at the University of South Africa. She became a popular member of the all-female dance crew, Pro-Twerkers and built up quite a following.

After leaving Pro-Twerkers, Nketsi became an event host at nightclubs all around South Africa. She also appeared in several music videos like “Tito Mboweni” by Cassper Nyovest.

Did He or Didn’t He?

? I enjoyed this shoot ? ? @garthvonglehn

Fans still want to know if Offset cheated on Cardi B with Faith Nketsi. Right now, nothing has been confirmed, except for the fact that Cardi B named Offset as the man in the video.