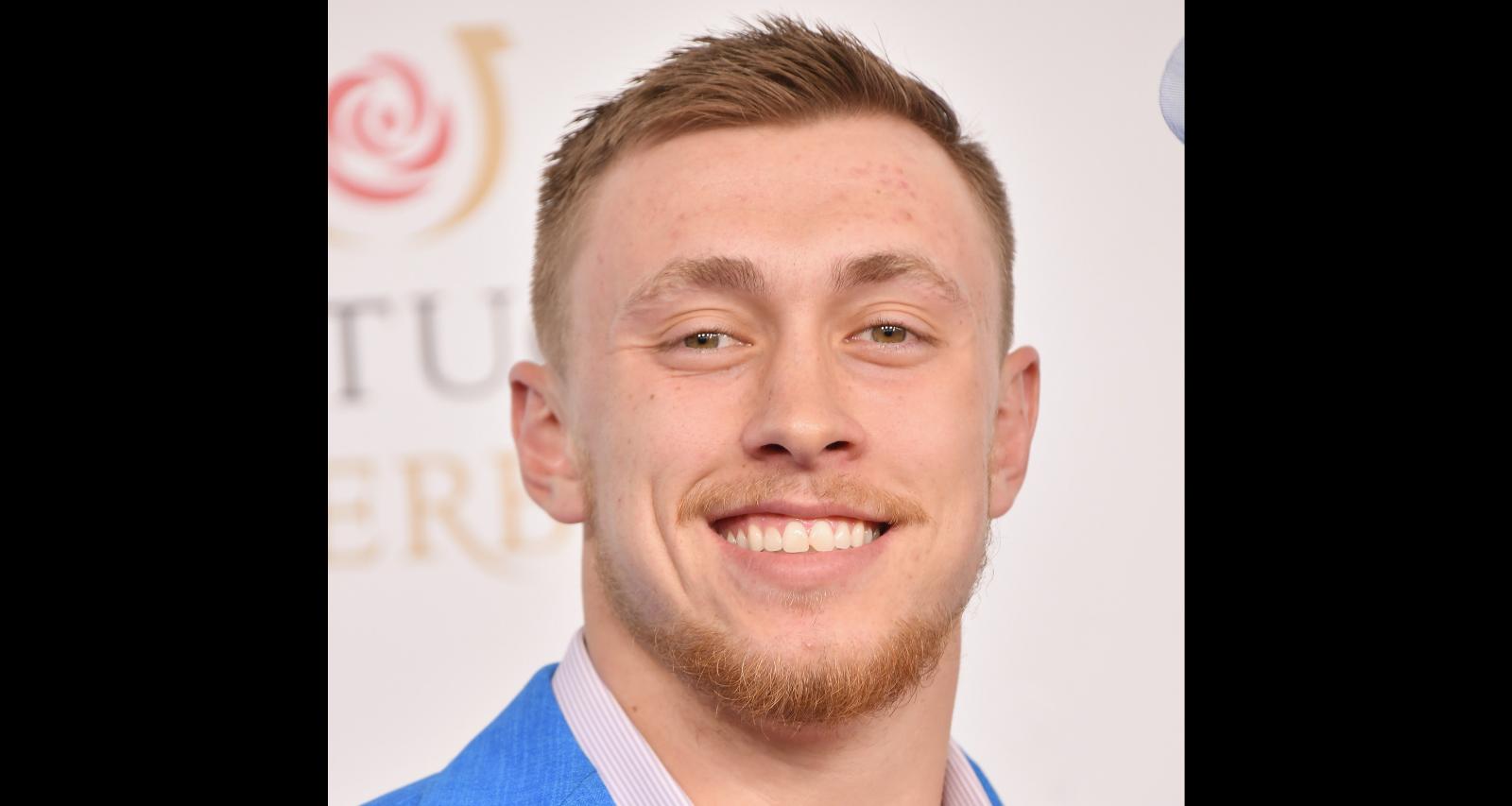 A preseason shoulder injury didn’t hamper George Kittle’s 2018 season. The San Francisco 49ers’ tight end has been given the “all clear” to play this NFL season, and his fans couldn’t be happier. Also ecstatic to see him back on the gridiron is his gorgeous fiancée, Claire Till. The cute couple has been letting Kittle’s fans in on their sweet love story since Kittle popped the question to Till in August.

They Are College Sweethearts

✨Golden birthday mood ✨ #24 Laughing & smiling through this thing called life. Take the obstacles thrown your way and roll with them! Control what you can control & don’t stress about the rest! Laughing is an anti aging serum I swear ? #tomorrow ——————————————————————————————— I’m asking for thoughts & prayers for my dad tomorrow as he goes through brain surgery. He’s a tough cookie (I mean where do you think I got it from ?) and we can’t wait to get this over with! Faith>fear. All the positive vibes. Give it up to God. Muuaaah

Till marked her 24th birthday with a few playful photos on her Instagram, and also asked followers for thoughts and prayers for her father, who was set to have brain surgery the next day.

2018 has been eventful for Claire and her family. Her younger sister tied the knot recently, and George Kittle proposed to Claire in August.

To celebrate their engagement, the couple shared the story of how they met on The Knot’s proposal site, How He Asked.

Twenty-five-year-old George Kittle hails from Wisconsin and grew up in Iowa City, Iowa. He attended the University of Iowa, where he was a top prospect on the Iowa Hawkeyes football team.

Till, who played on the Hawkeyes women’s basketball team, also attended the University of Iowa, and she met Kittle in the fall of their freshman year. They lived in a dormitory for athletes, had classes and study halls together, and shared the same group of friends.

Their mutual friends introduced them, but they didn’t start dating right away. Kittle, who was charmed by Till the moment he saw her moped and bright pink helmet, was in the friendzone for eight months.

He managed to crawl his way out of the friendzone and become Till’s boyfriend. After six years together, they got engaged.

Mood ? because our “how we met & proposal story” is now published on @howheasked !!! The link is in my bio, give it a read ? I like to relive it everyday ????

Kittle Planned a Clever Surprise Proposal for Till

Kittle and Till live in San Jose, California while he plays for the 49ers. When the 2018 season began, Kittle told his girlfriend they’d been asked to do an interview about couples in the NFL.

Till was happy about the photo shoot and interview. But when Kittle got injured, she thought they would have to reschedule the shoot. “He was trying so hard to make it work as normally scheduled, and all I kept saying was ‘babe it’s okay we don’t have to do it, we can wait until next week or when you’re feeling better,’” Till wrote.

Nonetheless, Kittle insisted, they were going to make it to Twin Lakes State Beach in Santa Cruz for the shoot. That’s when Till began to suspect he was going to propose there. She was looking forward to it because six months prior, Kittle had told her he planned to propose before the start of the season.

Kittle’s mom tried to throw her off a bit by telling her that he wouldn’t be proposing anytime soon because the ring wasn’t ready. Till was a little disappointed but chose not to dwell on it.

On August 10, they arrived at the beach with a whole camera crew there. During the shoot, the photographer directed Till to face the ocean. She was too distracted by George’s mom and sister to notice her boyfriend had gone down on one knee.

Kittle asked her the big question when she faced him. And her answer was a big yes!

She later found out that the entire time she thought he was in rehab, he was actually making a video for her. In it, he recalls his search for the ring and his thoughts about her.

Kittle’s proposal video below is sure to melt your heart.

According to their gift registry, the couple has set their wedding date for March 27, 2020.

The former basketball player graduated with a bachelor’s degree in health and human physiology with expertise in exercise science. She also has an entrepreneurial management certification.

While in college, she was a Student Ambassador for Health and Wellness with Fuel Up to Play 60. She also has experience as a physical therapy assistant.

Claire recently signed with JE Models and is now a fitness model. Her stunning photos have earned her more than 10.1K followers on Instagram.

A certified fitness trainer, Till is the owner of Claire Till Fitness, LLC in Iowa City. However, it appears she hasn’t been actively involved in her business in Iowa since the 49ers drafted Kittle in 2017.

She and George return to Iowa during the off-season, but while in California, Till’s modeling career appears to be going great.