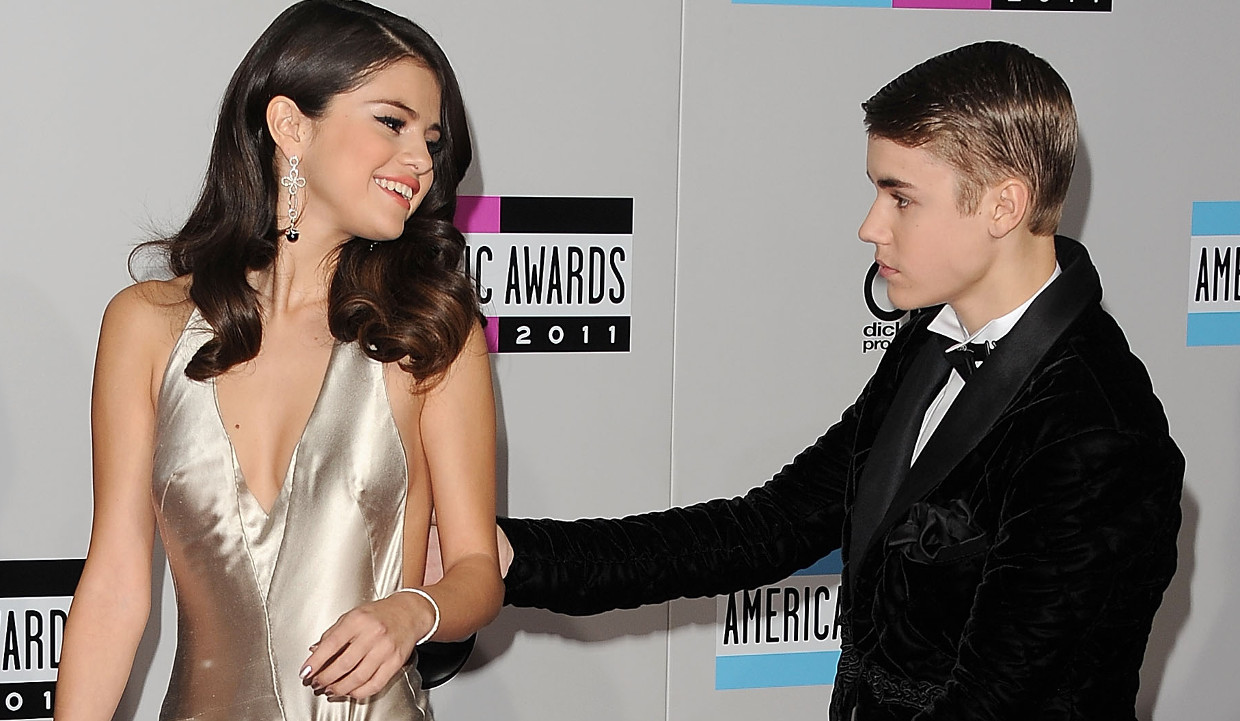 HollywoodLife.com is sure that Selena Gomez is the one who has the reins in her hands now when it comes to her on again off again relationship with Justin Bieber! The “Sorry” singer is apparently going along with what she has decided.

HollywoodLife.com boldly claim that they have yet another “close to Bieber” insider who has revealed some vital information on his relationship with Selena Gomez. Ever since The Weeknd’s newest song called “Call Out My Name” was released, this website has decided to capitalize on it fraudulently. But EarnTheNecklace.com is here to bust them!

First of all, no insider or “close friend” of Justin Bieber’s would talk negatively or spread rumors. And secondly, give it a rest already!

The Weeknd song might be about Gomez and her relationship, but we seriously doubt that Bieber has “laid his cards on the table,” following his ex like a lost puppy!

The site claims that Bieber has left everything on Gomez. They also say that she is the one in charge of her relationship with Bieber.

The source has claimed that Justin Bieber has left the “fate” of his relationship in Selena Gomez’s hands because he’s “super cool” about it. And to add fuel to the fire, they have also mentioned that he’s giving her all “the time and space she needs.”

Well, that may not be true at all. And although the couple appears to be a little confused about their relationship (with families involved and all), they are far from making it public.

Gomez and Bieber might be on a break right now, and only they know why. And the news being spread by HollywoodLife.com is painting Justin Bieber’s character in a negative light.

The website’s insider has apparently “exclusively” revealed to them that Bieber “knows that Selena will come back to him.”

Neither Justin Bieber nor Selena Gomez has come forward with any news regarding their prematurely deceased relationship. They were last spotted being close to each other on a boat in Jamaica, and after that, they vanished as a couple.

It was almost like a palpable awkward silence between them and their exhilarated fans!

There are also many sources saying that Selena Gomez’s mother, Mandy Teefey, is strictly against her daughter dating the Canadian pop star.

In an interview, Teefey was asked if Gomez and Bieber were together. She shocked everyone when she said she had no idea because her daughter wouldn’t talk to her about it.

But it’s not a secret that Teefey is not a big fan of Bieber. It’s going to take a lot of hard work for Jelena to get her blessings.

Nevertheless, nobody else is claiming this huge piece of information, which should have otherwise gone viral. This proves that the source might have spilled some make-believe beans!

The site also tells a story about how Justin Bieber was hating on The Weeknd’s song, which dredged up Gomez’s life-altering kidney surgery.

Adding to the doubts claims of Bieber happily giving a kidney to save Gomez, also made their rounds related to the topic.

There is absolutely no other source to come out and support the claims made by this website, confusing fans of the actual status of the relationship between their favorite stars.