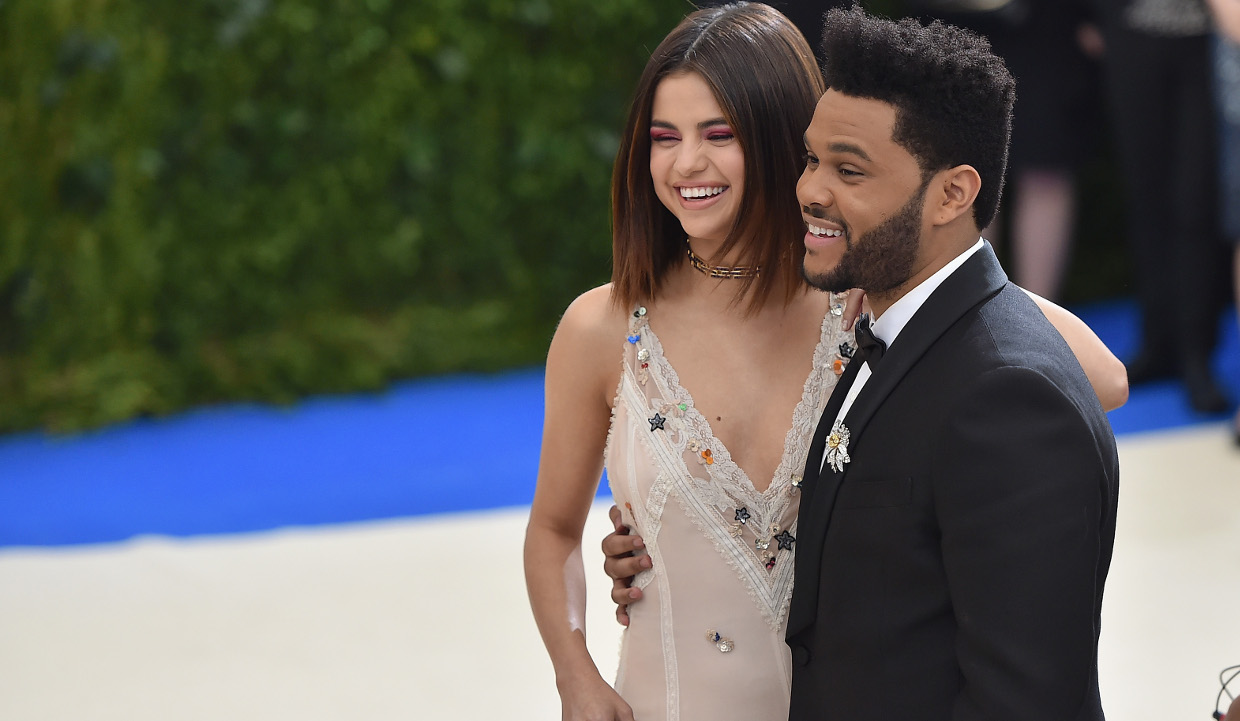 Hollywood Life published a story on April 3, 2018 that claims that Selena Gomez is glad she didn’t collaborate with her ex, The Weeknd after hearing his new songs apparently dissing her.

After Weeknd allegedly dissed Selena Gomez in his new album, a HollywoodLife.com source alleges that Selena Gomez is happy she didn’t make music with him. The site claims that Gomez is upset by how he treated their relationship and is “relieved” they never did a duet together.

Last week, The Weeknd dropped his surprise EP, My Dear Melancholy, which certainly had us talking during the Easter weekend. If you were too occupied with Easter eggs or April Fool’s to notice that The Weeknd apparently dissed Selena Gomez, you have no idea what you missed.

The track, “Call Out My Name,” apparently takes jabs at his ex-girlfriend. Now a source told HollywoodLife.com that Gomez feels she dodged a bullet by never collaborating with her ex.

But EarnTheNecklace believes that Selena Gomez is taking the high road. Here’s why.

Shout Out to My Ex

The Weeknd dropped his EP, My Dear Melancholy, and his fans think the singer is aiming at his ex-girlfriends, Selena Gomez and Bella Hadid. Abel Tesfaye (The Weeknd’s real name) and Gomez dated in 2017 for about 10 months.

Listeners believe the lyrics of the track, “Call Out My Name,” apparently shades Gomez.

In one line, The Weeknd seems to suggest he almost donated his kidney to Gomez. He also appears to refer to Justin Bieber and Selena Gomez’s on-and-off relationship in another line, when he accuses her of using him as a “pit stop.”

Gomez hasn’t responded to her ex’s diss track, if it is one. However, a source exclusively told HollywoodLife.com that she’s not happy about it. (Well, who would like an ex lyrically dissing you in public.)

“Selena is relieved she never did a collab with her ex, Abel [The Weeknd],” said the tipster. “After his latest diss track, she feels pretty burned by him right now, and she questions the sincerity of his love and their relationship.”

The source went on to add that Gomez and Tesfaye considered releasing a song together but is “grateful” that never happened.

“She is disappointed at his level of pettiness and is glad she doesn’t have a big hit song with him to remind her of their relationship,” said the source.

While a Selena Gomez and The Weeknd duet sounds great, we have to agree that the collaboration is a bad idea. After all, Tesfaye does sing “falling for you was my mistake.” Dang, what a twist!

Anyone would be upset by a diss track (we’re still not claiming it is one, by the way). However, we think that the songstress is not that bothered by it to be grateful for a failed collaboration, to be quite honest.

We at EarnTheNecklace.com are here to put the rumors about The Weeknd’s Selena Gomez diss track to rest once and for all!

For starters, it’s pure speculation that “Call Out My Name” is aimed at Selena Gomez at all.

Another source close to Gomez told Entertainment Tonight that The Weeknd was never going to be her kidney donor. As Selenators might recall, her lifelong friend, Francia Raisa, donated her kidney to the “Wolves” singer.

In fact, the ET source accuses The Weeknd of attention-seeking with deliberate lyrics. Additionally, the source said their relationship was never as serious as the media portrayed.

While fans are speculating if The Weeknd’s ex was a muse for his album, Gomez is seemingly moving on with her life.

On the day The Weeknd’s EP released, Gomez posted a series of pictures on Instagram, posing with the new Parker bag from Coach. The former Disney starlet has a partnership with the luxury brand to launch the Coach X Selena Gomez collection.

Since it’s a partnership, the Instagram posts were probably scheduled ahead of time. It’s highly unlikely those pictures of Gomez’s sunny smile with that snazzy bag were posted in response to her ex’s album.

Obviously, Selena Gomez is doing just fine and doesn’t need to clap back at jilted exes.