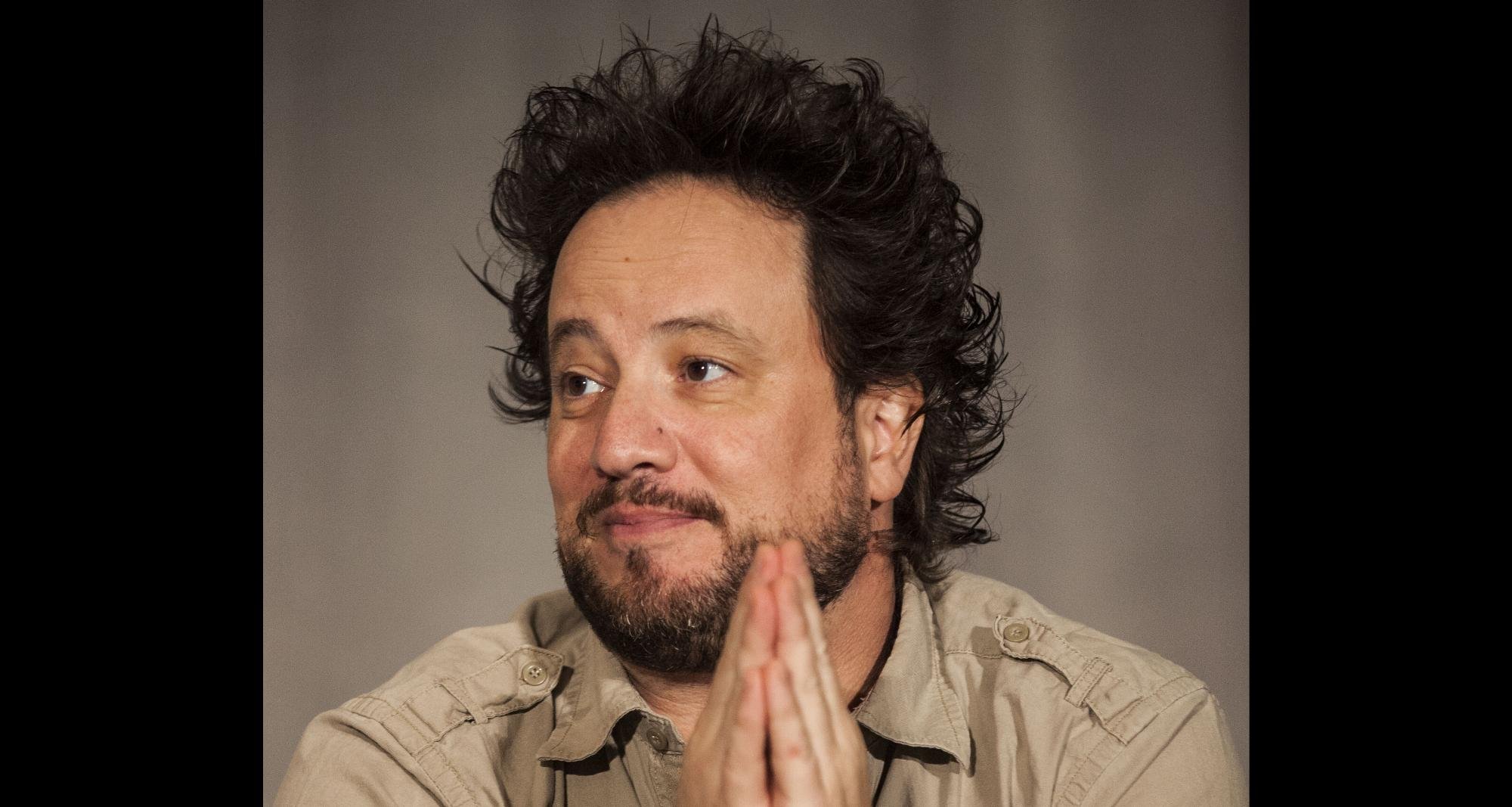 President Trump appointed Giorgio A. Tsoukalos, the proponent of ancient alien astronauts, as the Secretary of the Space Force plan.

President Trump recently announced his new plan to form the Space Force. All jokes aside, his new branch of the military aims to secure America’s space territory and projects.

But it’s really hard to keep the jokes aside.

Internet denizens with a legit sense of humor have been suggesting the probable dream team of Trump’s Space Force.

Once such report by the website, A Science Enthusiast, claims, “Trump taps ‘Ancient Aliens’ guy as Secretary of Space Force.”

You know the Ancient Aliens guy. Giorgio Tsoukalos’ face pops into your social media feeds in a popular meme. The report even adds an alleged tweet from Donald Trump confirming this appointment.

He is a major proponent of the ancient alien astronaut theory, which claims extraterrestrial life visited prehistoric humans. Tsoukalos was even featured in a documentary series, Ancient Aliens, on the History Channel.

This post has been shared over 132,000 times! Even Google Trends has recorded a massive search volume for related terms.

This piece of news is, of course, false and intended to be for humor. Donald Trump hasn’t tweeted about the Space Force as recently as June 27, much less about Giorgio Tsoukalos.

A Science Enthusiast is run by Dan Broadbent, a self-proclaimed shill (a person covertly promoting or giving credibility to a cause by creating a buzz).

Broadbent aims to promote critical thinking, and he does so with incredible humor. His other articles poke fun at anti-scientific movements, disguising them with satire.

His recent Space Force article was also satirical. Just look at the other alleged inductees into Trump’s Space Force.

“At a press conference, Trump also announced that he would have William Shatner, formerly Captain Kirk of the USS Enterprise and former host of the hit series Rescue 911, installed as Inspector General of the Space Force,” a portion of the article read.

President Donald Trump’s Space Force project might become a reality in the coming future. We’re just not sure if Giorgio A. Tsoukalos will be at the helm of it. We’ll have to wait and see who the POTUS will really appoint to the Space Force in the future.