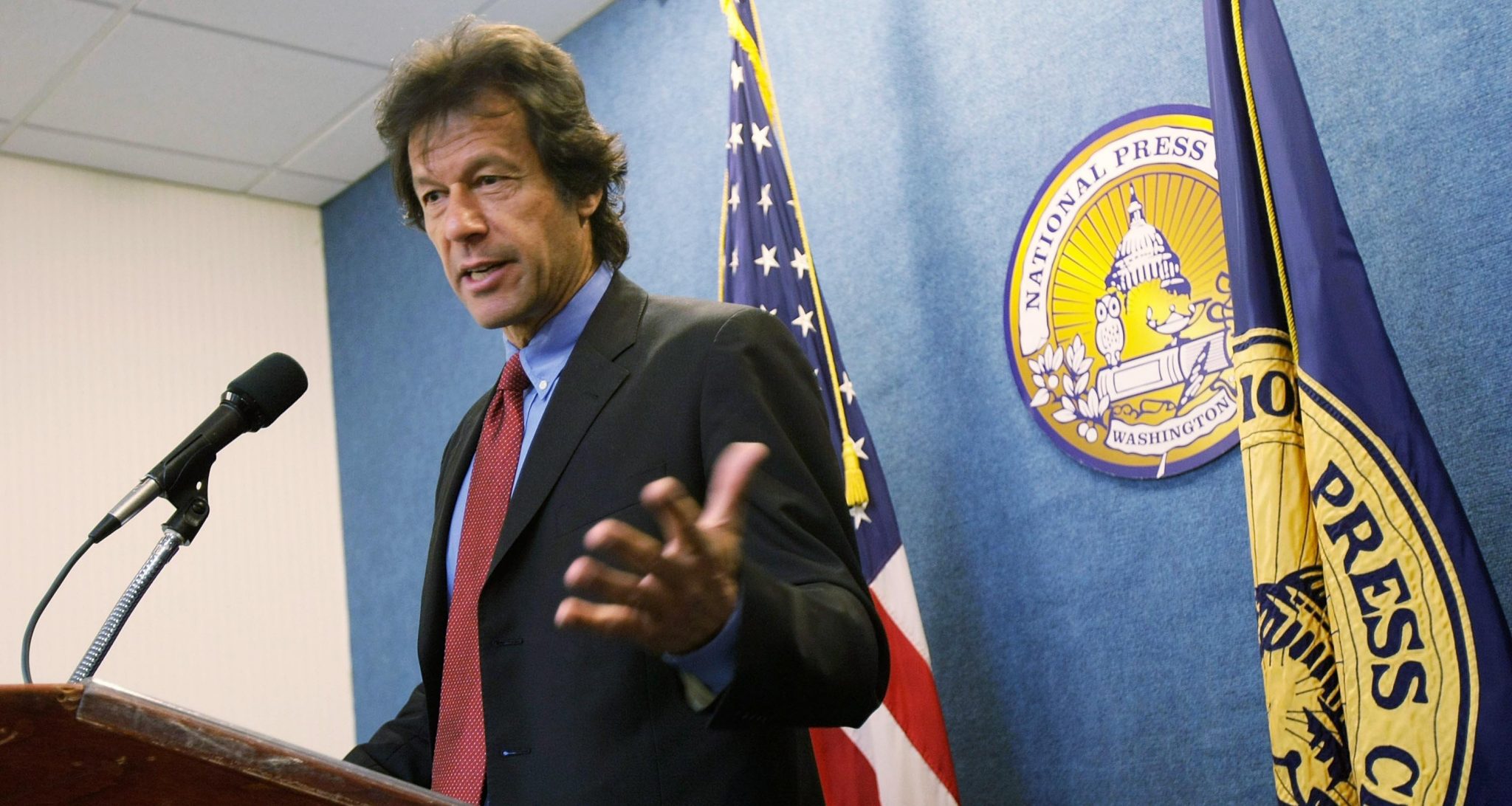 Imran Khan speaking during a briefing to the media at the National Press Club in Washington, DC (Photo: Alex Wong/Staff)

Imran Khan, the famous cricket legend-turned-revolutionary politician in Pakistan, was allegedly shot dead. At least that’s what a viral video on social media supposedly shows. However, there’s no cause for worry at all.

A viral video on YouTube channel Mumbai Highlights is doing the rounds on the Internet. The video shows a group of men carrying Imran Khan. He’s seen bleeding and unconscious as a group of frenzied people carry him.

Imran Khan is a prominent personality in the Asian subcontinent. Pakistan’s former cricket captain is hailed as one of the greatest cricketers of all time, and he successfully forayed into Pakistan’s political scene.

His death would send shockwaves throughout the continent, especially if he was killed. But this is just another celebrity death hoax as Khan wasn’t shot at all.

In fact, Imran Khan wasn’t injured or harmed in any way. Latest reports indicate he’s well and in good health as he goes about campaigning.

The video of a bleeding, unconscious Khan is not even recent. It’s a clip from 2013 when Khan was at an election rally in Lahore.

Khan took a nasty fall from a hydraulic lift and injured himself. Media on site filmed the scene when a few men carried him after the fall. He was taken to a hospital where he received treatment.

The leader of the Pakistan Tehreek-e-Insaf (PTI) party suffered a skull fracture and injured his back. Fortunately, the injuries weren’t severe, and Khan made a quick recovery.

Now, the same clip has been used to claim that Khan was being carried away by organizers after apparently being shot.

The 65-year-old is currently campaigning for the upcoming General Elections in Pakistan this July. The timing of Imran Khan’s death hoax appears to be a political conspiracy.

Rest assured, there are no rallying mishaps this time around.