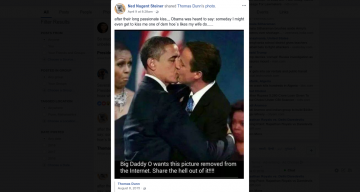 A few years ago, a picture of Barack Obama sent the Internet into a tizzy. But it appears this old rumor has resurfaced like a persistent zombie that refuses to die! The picture in question shows Obama kissing a man, allegedly a gay rights activist. Did the former president really kiss a man? Before you jump the gun, EarnTheNecklace.com is here to set the record straight.

A picture of Barack Obama kissing a guy went viral on the Internet in 2013.

The image in question shows the former commander-in-chief locking lips with a man while his wife, Michelle Obama, watches on by his side, apparently scandalized. The photograph even has a shocked Oprah Winfrey in the background!

Since the image went viral in 2013, many of the then-president’s critics jumped on the opportunity to comment. Obama’s naysayers shared the image on social media and posted nasty remarks on it. The shocking picture was shared over 383,000 times on Facebook.

The Obamas didn’t comment on the viral image, and the hype eventually died. But not for long!

This image is back from the dead again and raising questions about Obama’s sexuality. 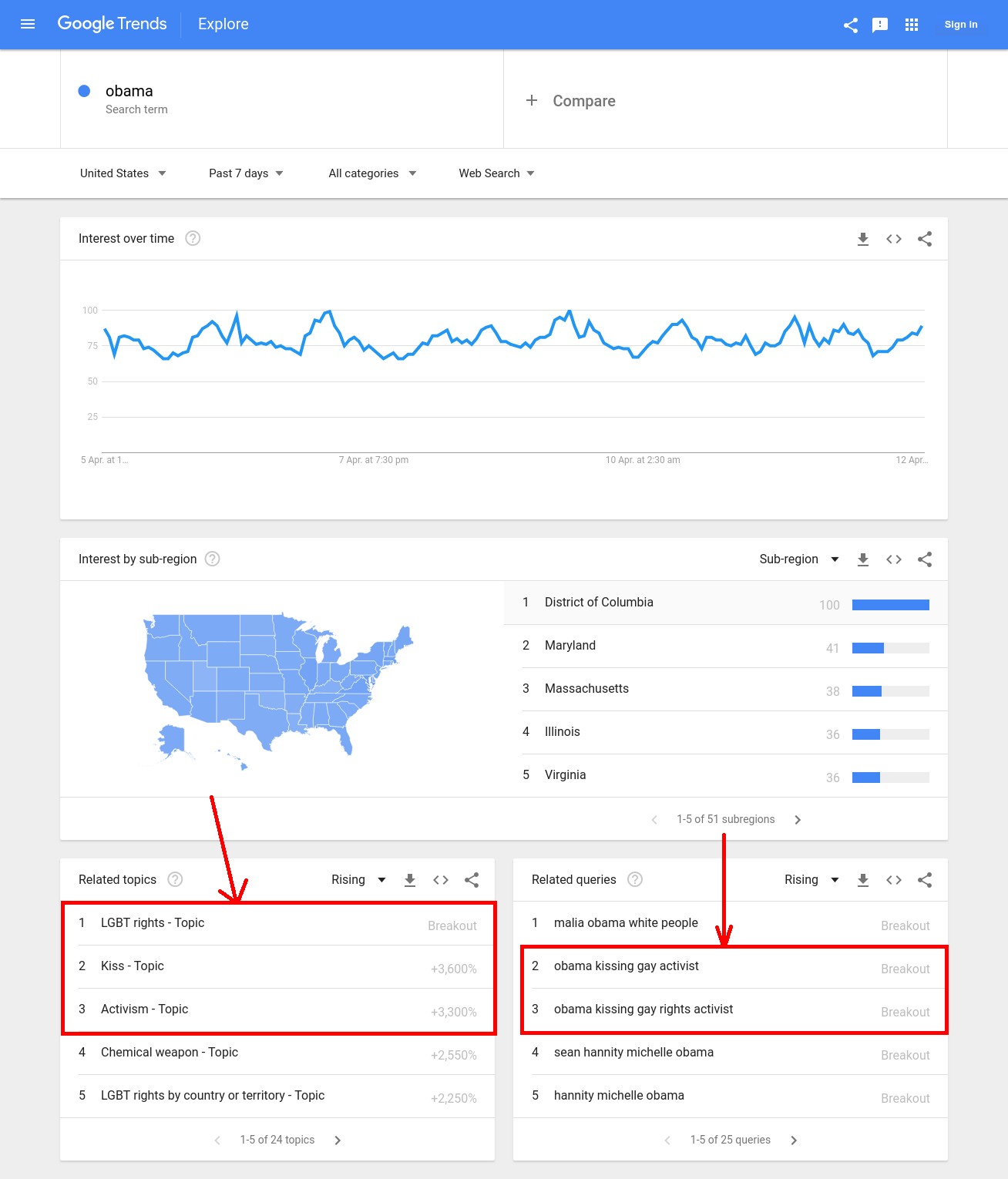 Google Trends, the Internet behemoth’s tool to analyze the volume of a search term over a period, recorded a spike in searches related to this picture since April 8. 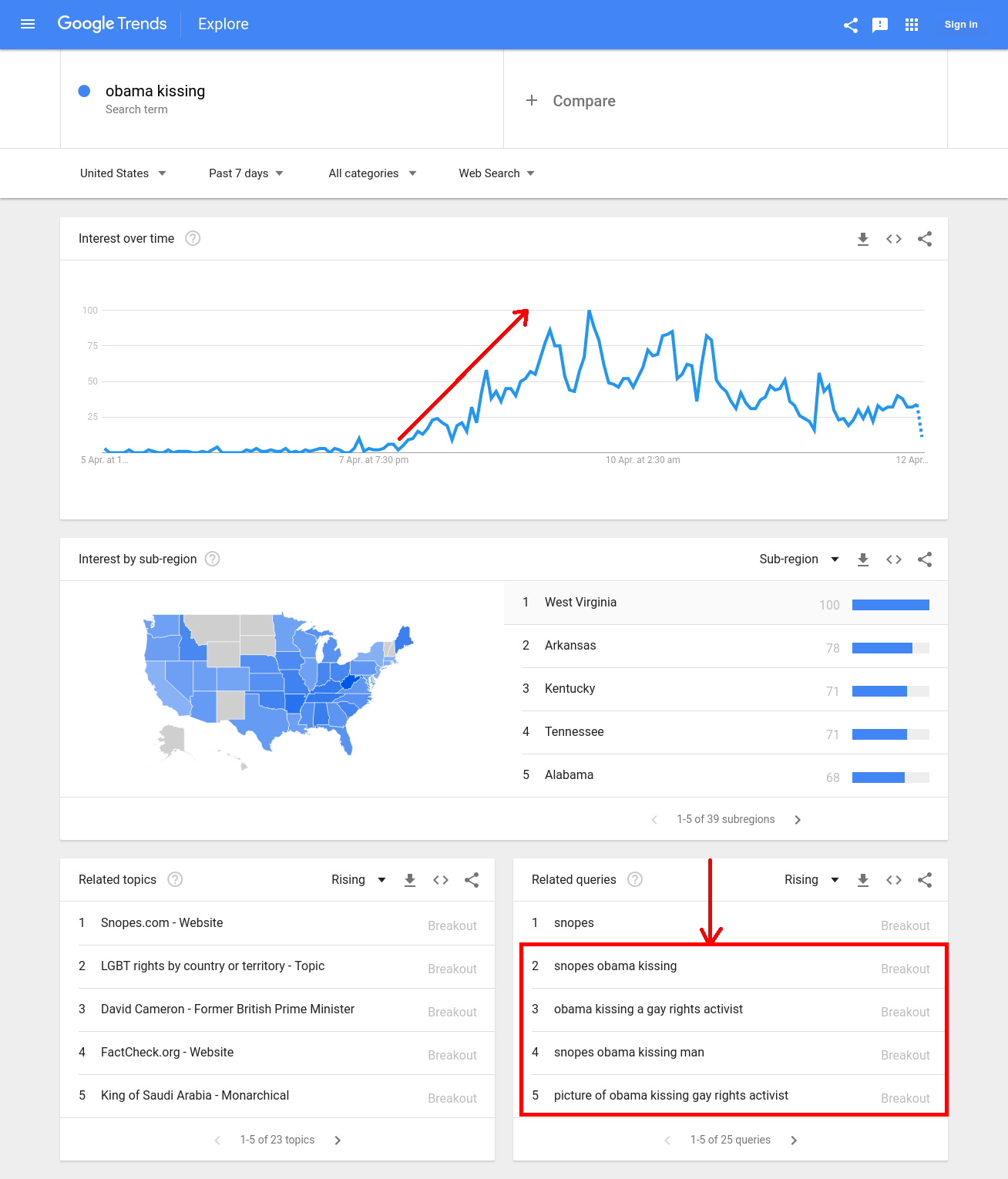 In Google Trends, a “Breakout” is when a search query sees more than a 5,000% rise on Google. This means that the topic has been extensively searched over the past week.

The recent trend has seen this picture become a hot topic again. However, we at EarnTheNecklace.com are separating fact from fiction.

Did Obama Kiss a Man?

The short answer is no. The image in question is photoshopped to look like Obama is kissing a man. And, unlike some claims that the other man is a gay rights activist, the man Obama is supposedly kissing is former U.K. Prime Minister, David Cameron!

Allow us to explain.

The dubious photograph was digitally-manipulated using other images. A satirical website originally used this image to illustrate a spoof article in 2011.

While it’s not uncommon in some cultures for men to greet each other with a peck or two, the former POTUS and the ex-British Prime Minister never shared a smooch. 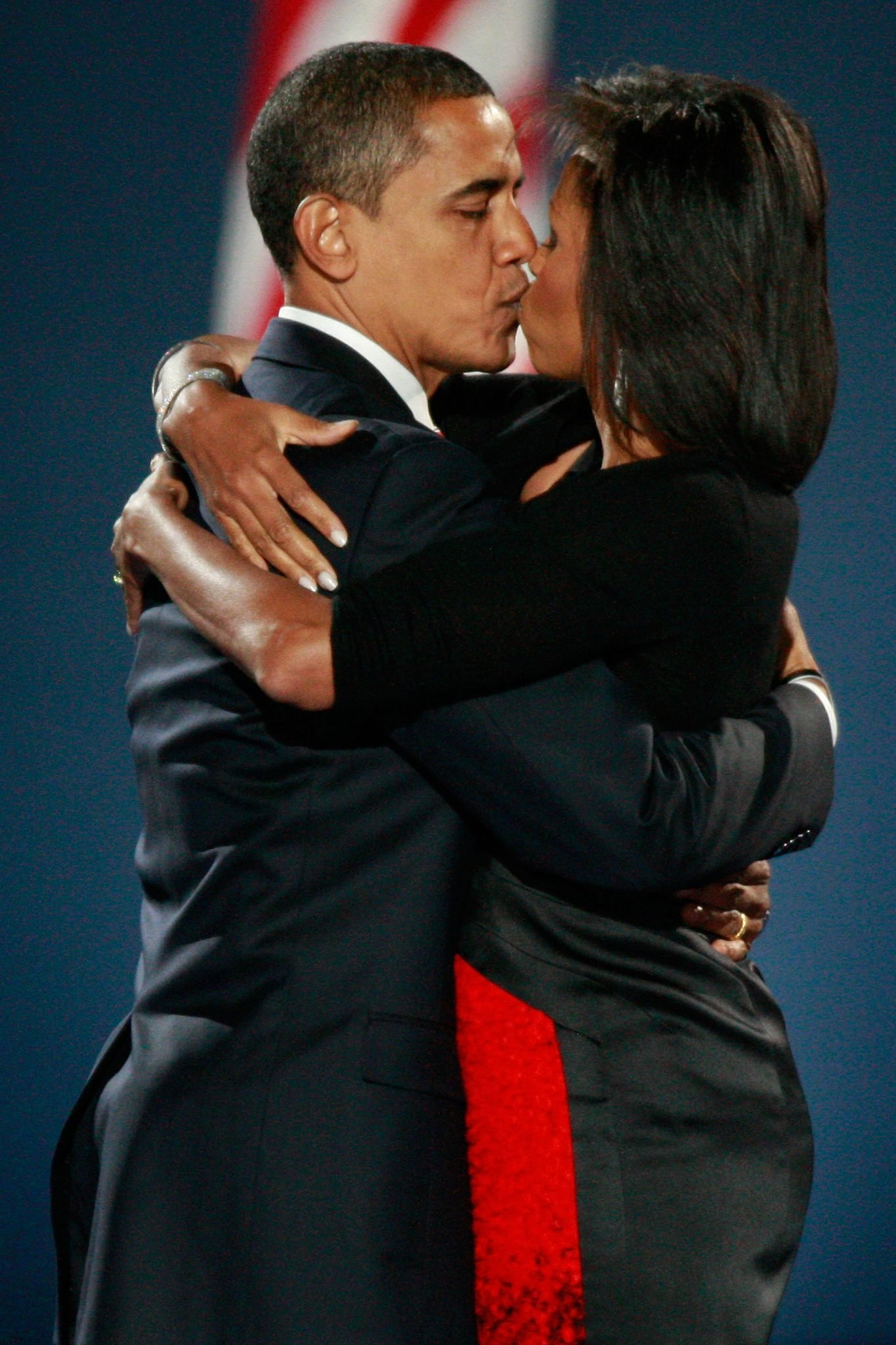 Nifty photoshopping maestros replaced Michelle Obama with David Cameron in the picture. The original image was of the Obamas sharing a celebratory smooch when he won the 2008 presidential election. The other image was of David Cameron kissing his wife, Samantha.

As if replacing the former U.S. First Lady with David Cameron wasn’t enough, the image was further manipulated. In the background, Michelle Obama and Oprah Winfrey looked scandalized by the lip lock, but they were digitally added in.

On the multiple occasions that Obama and Cameron did meet, there was nothing more than boring political talk and firm handshakes. If there was a romantic interaction, it wasn’t caught on camera.

The only mystery behind this photograph is why one would mistake Cameron for a gay rights activist. His shifting stances made for a hot-and-cold relationship with the British LGBTQ community throughout his political career.

This isn’t the first time digitally-altered photographs of Obama have caused a stir. Among the scores of photoshopped images of the former president, there a few where he was shown kissing other world leaders.

It’s safe to say, if you find an incredulous photograph of Barack Obama, chances are it’s photoshopped.