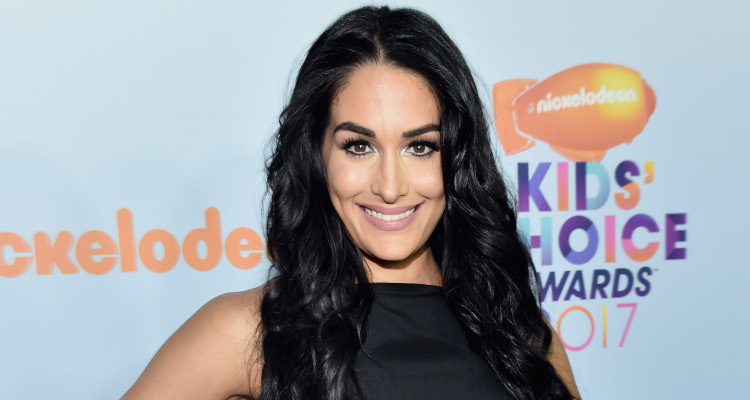 Nikki Bella cheated on John Cena in an elevator with an unknown man.

After the heartbreaking split between Nikki Bella and John Cena, new rumors of infidelity have popped up! The two WWE stars were engaged for a year but were in a relationship for more than six years. And now, Nikki Bella’s elevator cheating rumors have come at a painful time!

A hotel elevator camera allegedly caught Nikki Bella and an unknown man getting close to each other. The video was released by a YouTube user and says that he got the footage from a friend who worked at the hotel.

EarnTheNecklace.com is here to separate fact from fiction!

Nikki Bella and John Cena were in the news recently for having called off their wedding and engagement. The iconic wrestler got down on his knees in the ring in front of millions of fans to propose to Bella back in April 2017, and the couple was looking forward to a wedding this year.

But things suddenly went south and the couple called off the engagement.

Sources say that Bella was not happy with Cena’s approach towards commitment and that she felt she was forcing him to marry her.

John Cena was reportedly unsure of ever wanting to have children or even getting married before he decided to propose to Bella. This is why fans are now able to sympathize with Bella.

The public engagement made matters all the worse for the couple, as fans of both parties were looking forward to a wedding bigger than the engagement itself!

But Bella announced the break up on social media.

“After much contemplation and 6 years of being together Nikki Bella and John Cena announced today their decision to separate as a couple,” the post read.

Bella also tweeted about how the couple still has the same “love and respect for one another.”

The duo was supposed to tie the knot next month (May 2018). But it looks like the bride-to-be called off the event in the nick of time.

In the video, which has received a staggering 108K views within hours of posting it, a supposed “Nikki Bella” is seen in an elevator with another man. The cheating is supposed to be the cause of the breakup, so let’s break it down!

The description of the video reads, “of what could be Nikki Bella on an elevator.”

First of all, if the person who uploaded the video is not completely sure of who the woman is, how can we say with certainty that it actually is Nikki Bella?!

To top it off, their faces have also been blurred “so no lawsuits can be made.”

Red flags are going up already.

If you are a true fan and have looked closely, you may have noticed the woman’s hair color in the video.

While Nikki Bella is currently seen sporting jet black hair, the woman in the video seems to have ombre hair.

The whole idea behind this point is that WWE stars are not allowed to change their physical appearance regularly. Hair color, cut, and style, stay constant until decided with the management, as they have to maintain a brand image that fans associate with.

So, if Bella was to have black and blonde hair, we would have all seen the change in color in the ring!

The cheating video, which is rated “adult” (due to the inappropriate touching), was uploaded on April 16, 2018. This was the same day the couple announced their split. How convenient!

We rest our case!