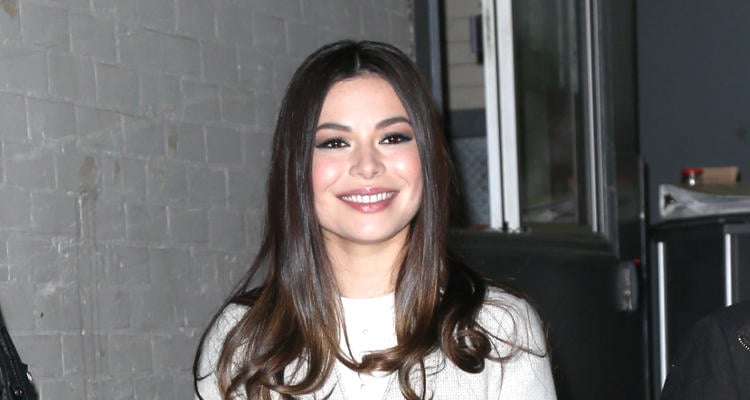 Miranda Cosgrove Has A Restraining Order Against Lil Pump

All Lil Pump fans know of his obsession with Miranda Cosgrove! But now, rumors are afloat that the actress has filed a restraining order against the 17-year-old rapper. But is it true? After all, he did say that he wants to f**k her!

The rumor is far from reality. EarnTheNecklace.com has done some snooping around, and Miranda Cosgrove has a restraining order alright! But it’s not against Lil Pump! So, are Miranda Cosgrove and Lil Pump together?

Read on for all the details.

Lil Pump has a huge addiction to drugs—and iCarly! The “Gucci Gang” singer never fails to bring up the actress on his Instagram posts or in the artwork for his songs like “i Shynee.”

We’re unsure as to when the obsession started or why. But Pump has convinced his followers that Cosgrove is the one for him.

Apart from posting obscene comments like, “Still wanna f**k icarly,” or “ICARLY IM TRYNNA F**K so I made u a cake ESSKEETIT,” the rapper has also alleged he had a baby with the actress! So, is Miranda Cosgrove dating Lil Pump?

No, she’s not. It was likely all a publicity stunt, but it worked!

The millions of fans the rapper managed to make in less than a year of his launch are all under the impression that he and Cosgrove are actually a thing. And they flock to his Instagram page daily. Probably not the ideal publicity Cosgrove would have liked!

There are no other mentions of this so-called relationship elsewhere, apart from Lil Pump’s Instagram, which only leads us to call out the fake in it!

Here’s what fans of the actress had to say in her defense:

What did @iCarly (@MirandaCosgrove ) ever do to deserve so much social abuse?? She literally gets tagged in her comments section on #instagram every single time she posts anything by fans saying either

Lil Pump does NOT have a child by Miranda Cosgrove as the mother. That post is silly.
Lil Pump… https://t.co/LY6qqR4N07

Why the Restraining Order against Lil Pump Is Fake

First of all, a restraining order is granted to a person who feels threatened by someone directly. Since Lil Pump has always mentioned iCarly and not Miranda Cosgrove (by name), the case may not be strong enough for a petition to be filed. Remember, “iCarly” isn’t actually a real person.

The harassment restraining order requires a person to be threatened or abused or seriously harassed.

While Lil Pump’s comments are vulgar and cheap, they may not qualify as threats or abuse. But the whole matter is void as he always refers to iCarly and not Cosgrove.

Lil Pump’s reputation has been that of a reckless teen who cannot be taken seriously. We all know that when he posed with a child and claimed it to be his and Cosgrove’s, he was faking it.

In the post, the child looks four or five years old and not one year old, as he mentioned in the caption. Again, the name iCarly was used and not Miranda Cosgrove.

The prolific “liar” has also previously fibbed about being a Harvard dropout when the teen is not even a high school graduate.

Clearly, someone is just dying for the publicity…

This young lady has quite the charm and a huge crazy following. With that comes some serious security issues.

The mega TV actress was in trouble way back in 2014 when a fan named Joshua Stockton began following her. He would tweet gross things to her, and she also claims that he would send her packages now and then.

Matters became worse when he reportedly began tracking her social media and reached the places where she would go! He also sent her threatening messages about killing himself and sent her pictures of horrifying, bloody wrists.

That’s when Miranda Cosgrove thought it would be wise to file a restraining order out against Stockton, and the court obliged. She was granted the document in 2014.

Well, folks, the claims about Miranda Cosgrove’s restraining order against Lil Pump are not true as of now. But who knows, if he continues his antics, he just might end up with one!