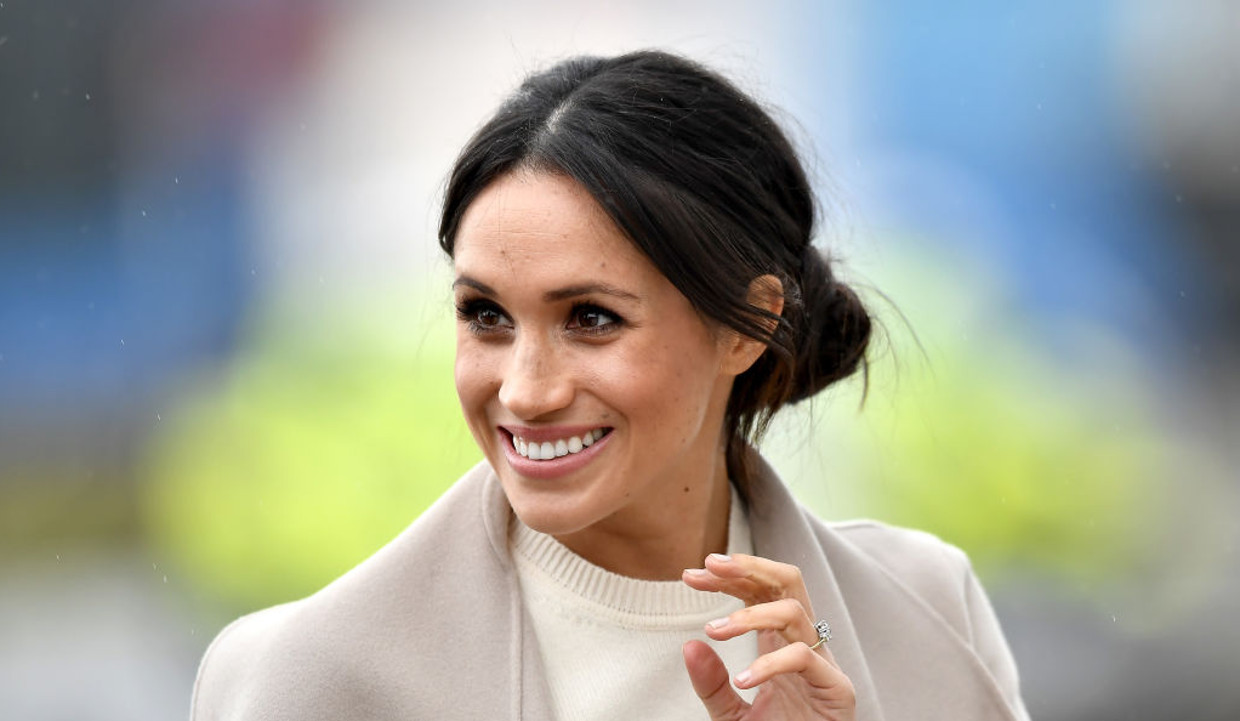 New Idea, Australia, has got the scoop on what Meghan Markle’s wedding hairstyle will be on May 19, 2018, when The Royal Wedding takes place. A royal hairdresser has spilled the beans!

The whole world is waiting with bated breath for the royal wedding between Meghan Markle and Prince Harry to take place on May 19, 2018. The whole excitement around it has resulted in worldwide media coverage. And New Idea, Australia’s leading weekly magazine, has claimed that they already know Meghan Markle’s wedding hairstyle. Are they right? Keep reading to find out the truth for yourself!

The grand event the everyone is waiting for, particularly the fashion industry, is just a few weeks away. People are already agog with excitement over the royal wedding between Meghan Markle and Prince Harry. Every little aspect of the impending marriage is being discussed threadbare by fans, admirers, and the media alike.

The person in the midst of all this jubilation and fanfare is none other than the luckiest woman in the world, Meghan Markle. People are speculating what she will wear for her wedding, and almost everybody has an opinion of what she should wear. Another hot topic of discussion is what will her hairstyle be for the wedding.

They Claim to Know Already

Australia’s weekly news magazine, New Idea, has published an article on its website claiming (in the headline itself) that they have cracked the wedding hairstyle Markle will be going with on the day of her wedding to Prince Harry.

It has quoted some celebrity hairstylists and hairdressers like Nicky Clarke and Daniel Galvin Jr., who have ventured a guess as to what hairstyle Markle will sport on May 19.

The stylists have suggested that Markle wear her hair fully up or a half-up, half-down style. They are convinced that the former actress will not keep her hair in her trademark fully down style or a messy bun.

You should note that they are only giving their opinions and recommendations on what Markle’s hairstyle should be. Nowhere do they say with certainty as to what she will actually do on the big day.

The impression that readers of this article get simply by looking at the headline is misleading. It suggests that New Idea has somehow got the information on what hairstyle Markle will choose to wear on May 19, 2018.

However, after reading the full article, it is clear that this not the case. They have no idea what will happen on May 19. Markle’s wedding hairstyle is such a personal matter for her and her family.

Although the article says in its headline that a “royal hairdresser reveals” Markle’s wedding hairstyle, this is totally incorrect. The magazine is giving the wrong impression to readers that the article is accurate.

The article has been written based on People magazine’s discussion with these hair stylists and dressers. It is very clear that they are all just discussing what Markle may do on her wedding day.

At no point is there any statement or confirmation of what hairstyle Markle will actually wear!

The title of the People article also is simple and explanatory, which states, “What Will Meghan Markle’s Wedding-Day Hair Look Like?”

New Idea has taken the information from People’s original article and has used a misleading headline.

Getting the True Picture

We at EarnTheNecklace.com have read both People and New Idea’s articles. And after our analysis, we conclude that the article by New Idea claiming to know Meghan Markle’s wedding hairstyle well in advance is misleading.

We are covering this issue and putting it on our website, EarnTheNecklace.com, so that readers can get the true picture.

It is clear that they do not know what hairstyle Meghan Markle will wear on her wedding day and are only claiming to.

The whole world is waiting for the Meghan Markle-Prince Harry wedding and will eagerly watch Markle’s hairstyle on May 19, 2018. Meanwhile, we recommend not to believe what New Idea’s article says as their headline is totally misleading!