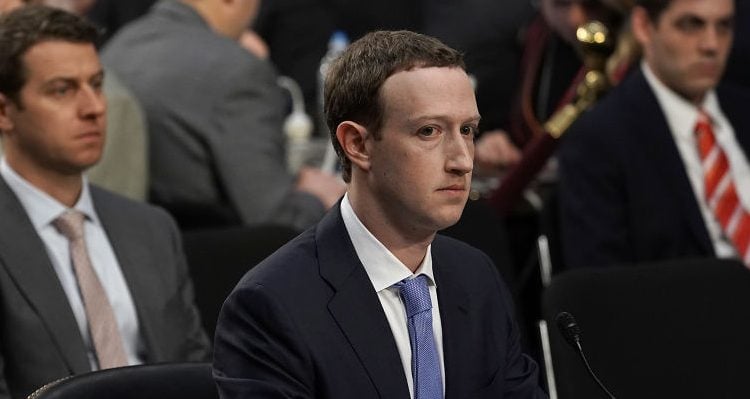 Mark Zuckerberg testified about Facebook’s recent data breach to the US Congress. His supposed non-humanlike behavior has led the Internet to question if he’s a lizard person.

Facebook CEO Mark Zuckerberg was grilled by the U.S. Congress over the Cambridge Analytica data breach. And now, many think that Zuckerberg’s behavior was not even human! More specifically, they said that he appeared reptilian or robotic. Within minutes of the congressional hearing, Mark Zuckerberg lizard memes began trending on the Internet. But is Mark Zuckerberg a lizard person? EarnTheNecklace.com has dug up the answer, and it’s going to shock you!

Mark Zuckerberg is in hot water since it was discovered that Cambridge Analytica accessed Facebook users’ personal data. The Facebook CEO had to testify before the U.S. Congress and was questioned about the data mining scandal.

Throughout the hearing, Zuckerberg demonstrated an unnatural calm and stiff composure. In fact, the guy sitting behind him was more expressive than the CEO!

The testimony took a backseat, and social media was awash with theories related to Mark Zuckerberg’s mannerisms. His dispassionate speech led many to theorize that he’s something other than human.

The two running theories from this week’s hearing say that Mark Zuckerberg is either a lizard or a robot. It didn’t take long for the Twitteratti to put forth “evidence” to support this claim. But now, people want to know more.

Google Trends, the tool that measures search volumes of words and phrases on Google, recorded a spike in searches related to Zuckerberg’s reptile-like mannerisms. Search-terms like “Mark Zuckerberg lizard” saw a rise in search trends on April 11, the second day of the hearing. 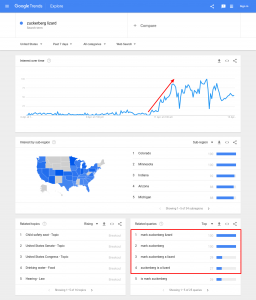 But what is the origin of this meme that has inundated social media in the aftermath of the hearing? EarnTheNecklace.com is here to set the record straight.

A bizarre theory has been circulating on the Internet for years that claims Mark Zuckerberg is a reptoid.

The concept of “reptilian humanoid” is a popular sci-fi trope. From Doctor Who and Men in Black to Star Wars and Star Trek, pop culture has made us common folk experts on reptoid behavior, just in case we need to recognize one.

That has landed many celebrities and politicians on our reptoid radar. The movement began with conspiracy theorist, David Icke. He claims that a race of human-lizard hybrids forms the world’s powerful and wealthy populace.

In the past, several famous people have been bluntly asked if they are reptiles disguised as humans. Of course, Zuckerberg, who achieved digital domination at a young age, was also not spared.

In Zuckerberg’s first Facebook live Q&A in 2016, a user asked, “Are the allegations true that you’re secretly a lizard?”

“I’m gonna, I’m gonna have to go with ‘no’ on that. I am not a lizard,” Zuckerberg responded.

Even though Zuckerberg denied the allegation, he wasn’t very convincing. So, theories about his reptilian and robotic mannerisms persist.

The Mark Zuckerberg lizard conspiracy continued through his recent congressional testimony. And frankly, he is the gift that keeps on giving.

In 2017, a YouTube video showed that the billionaire had a little slip of the tongue while talking to a high school student.

“You kind of need to remind yourself that you need to focus and try not to let stuff bother you as much as possible, but it is going to bother you because you’re human,” Zuckerberg said and added, “I was human.” (Note the past tense.)

Zuckerberg apparently realized his gaffe and quickly corrected himself, “I am human, still. But, um, but I was just referring to myself in the past. Not that I was not human.”

Conspiracy theorists would suspect his rush to clarify the mistake. That very instance led to a Reddit thread discussing the conspiracy.

“Logically explaining why you said you’re not a human is the best way to reassure people that you’re a human,” said one user.

With the recent data breach, the distrust in Zuckerberg has only grown. His congressional hearing had social media convinced he’s a reptoid or robot in human clothing.

All eyes were on the genius’ slightest movements to support the reptilian theory. Some even claimed that they saw Mark Zuckerberg’s lizard eyes when one of his contact lenses dropped! That, however, never happened.

Mark Zuckerberg is not a lizard or a robot unless proven otherwise. What he is though, is a slightly awkward tech titan.

And come on, you can’t possibly tell us your blood doesn’t go cold when you have to explain technology to tech-illiterate folks! The poor guy had to break down the Internet to 44 lawmakers with an average age of 61.

The Social Network, a movie based on Mark Zuckerberg, has even hinted that the cash-flush CEO has Asperger’s syndrome. Although this is unproven speculation, Zuckerberg’s social awkwardness is often attributed to possible ASD.

Well, folks, it appears that Zuckerberg is human after all (disappointing, we know). But the allegations that he’s not have birthed some Internet hilarity.

The meme geniuses were at their peak during the congressional hearing. Here is our list of the best Mark Zuckerberg lizard memes below!

Mark zuckerberg is literally MAKING money from this hearing

Is it just me or Mark Zuckerberg is slowly looking like a lizard lol… a shape shifting one pic.twitter.com/yPpoLVnD10

Confirmed: Mark Zuckerberg is in fact a lizard and needs a heat mat for his chair because he is cold blooded pic.twitter.com/AvyiivWjMA

When a female of the Homo Sapiens species sends you anatomical data #Zuckerberg #Reptilians pic.twitter.com/VxKH4fUOeV

The most impressive thing about #MarkZuckerberg's testimony before Congress was the way you couldn't see his alien lizard skin underneath the prosthetic epidermal layer! pic.twitter.com/fpnFoykYcH