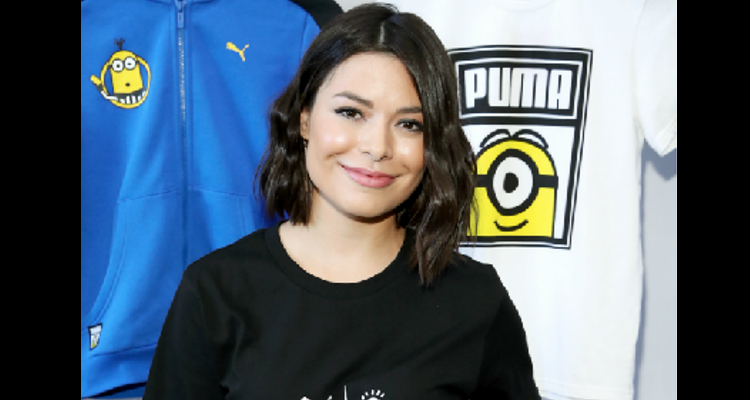 While the Internet is trying to figure out why nine-year-old Lil Tay is allowed to have a verified Instagram account, many are wondering if she is Miranda Cosgrove’s sister! Are Lil Tay and Miranda Cosgrove siblings? The question stems from the fact that Tay has the actress’ name attached to her own. But EarnTheNecklace.com did some myth busting!

After a very tumultuous fight between Danielle Bregoli and Woah Vicky, in which Lil Tay was also involved, the crowds seem to have turned their attention to Lil Tay. The publicly hated little girl has been making videos showing off big wads of cash and talking trash. Because she calls herself “Lil Tay Cosgrove,” the questions surrounding her only seem to grow.

Who Is Lil Tay?

If you haven’t been able to keep up with the craziness on the Internet, then you’re probably wondering who Lil Tay is. She’s a child who posts videos on Instagram and YouTube, talking smack and flaunting her riches!

Tay often uses foul language. (Remember, she’s only nine.) She regularly drops f-bombs and casually calls people bitches any chance she gets. Her strong online personality has raised eyebrows, and many wonder about who her parents are and if they know what she posts online.

The nine-year-old seems to be influenced by the current rap scene and the young rappers in it. She posts videos regularly and goes by the name Lil Tay Cosgrove on Instagram, which has many staring blankly at their feeds. Crazy Internet!

Along with insulting videos to those who see her social media posts, she also has strong words for the “Cash Me Ousside” girl, Danielle Bregoli.

The recent fight between Woah Vicky (whom Lil Tay calls sister) and Danielle Bregoli made hip-hop headlines, and Tay was there when the altercation happened.

Take a look at some of the clips:

9 year old goon #liltay got a PSA for all you broke bitches!??| Follow @wavyconnect

Not at all! The Drake & Josh actress is the only child of Tom and Christina Cosgrove, while Lil Tay’s parents are currently unknown.

But why does the young rapper call herself Lil Tay Cosgrove?

Lil Pump is not shy about his feelings for Miranda Cosgrove. He never tires of uploading pictures of himself and captioning them with the actress’ name.

In one post, Pump is seen holding a cake with “ICARLY IM TRYNNA F**K so I made u a cake ESSKEETIT” written on it.

Also Read: Are Lil Pump and Miranda Cosgrove in a Relationship?

We also know how big a fan Lil Tay is of the 17-year-old rapper! It’s that love that could have inspired her to become “Lil Tay Cosgrove”. Until today, she also claimed her Instagram account was managed by the iCarly star.

The name possibly plays on the fact that she is the fantasized love child of Lil Pump and Miranda Cosgrove.

To further debunk rumors of the nine-year-old being related to the actress, Lil Tay (whose real name remains a mystery) is assumed to be of Filipino ethnicity, but Miranda Cosgrove is American with Irish, French, and English ancestry.

The “Tay” in the youngster’s name could throw even the cleverest of people off, as Taylor is Miranda’s middle name.

Miranda Cosgrove has not come forward to clear the air. But why would she?

These false rumors have nothing over the actress.