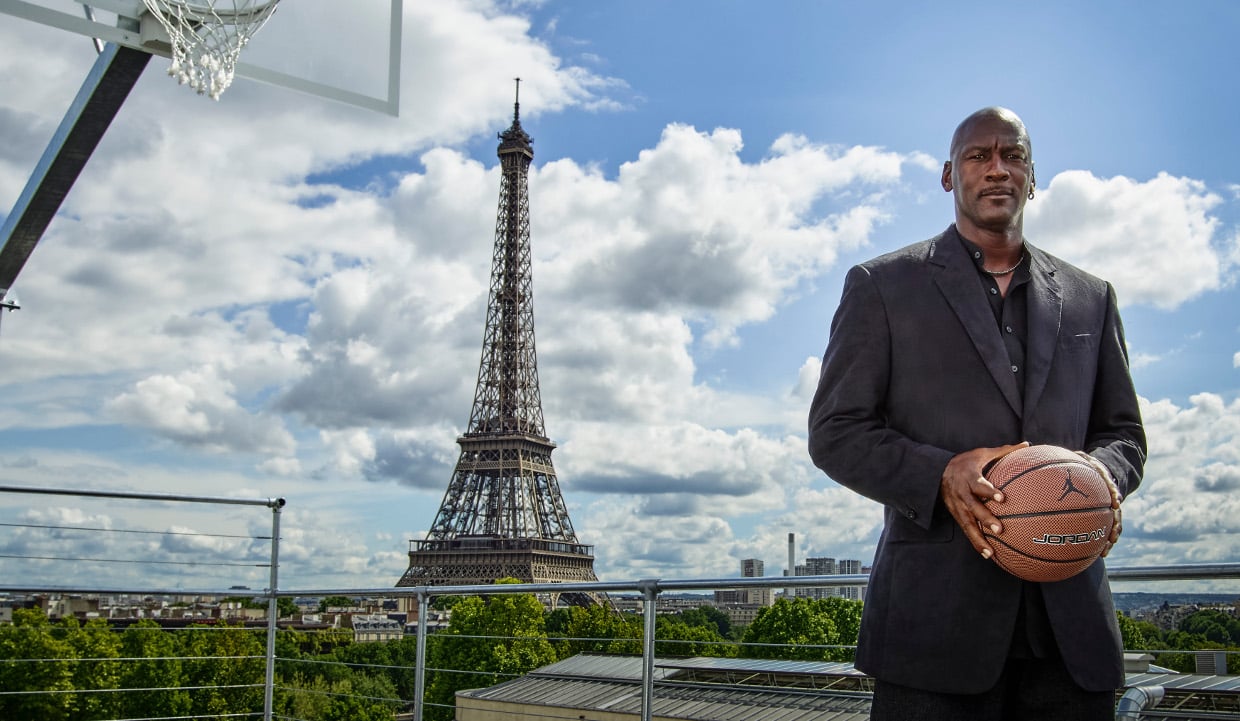 In this handout image provided by Jordan Brand, Michael Jordan paid a visit to Palais 23 this afternoon on Friday June 12, Joined by his frequent partners-in-design Tinker Hatfield and Mark Smith, key figures in the 30-year evolution of the Air Jordan, Jordan has returned to Paris to mark the 30th anniversary of 1985's Air Jordan One. Credits: Handout/GettyImages

A report by UrbanIntellectuals.com claims that Michael Jordan makes prison investments. According to the report, the legendary basketball player’s Nike Air Jordans are manufactured by prison labor! Did Michael Jordan invest in prisons? EarnTheNecklace.com is here to explain the claims about Michael Jordan’s prisons dealings.

Does Michael Jordan Own Prisons?

In 2014, UrbanIntellectuals.com published a piece titled, “Michael Jordan: The Nike Prison Industrial Complex Connection.” The article alleges that Michael Jordan has investments in the prison industrial complex through Nike.

The article cites another piece by GlobalResearch.ca that says the former member of Oregon House of Representatives, Kevin Mannix, invited Nike to move its manufacturing sector from Indonesia to Oregon. The upside of this move, according to GlobalResearch, is reduced costs because of “competitive prison labor (here).”

Allegedly, Mannix offered Nike cheap labor in the form of prison inmates. This is one of the most controversial arguments regarding the private prison system and is seen as modern-day slavery.

So, how is Michael Jordan involved?

As we all know, Michael Jordan gets paid a hefty sum to have his name attached to Nike’s bestselling sneakers—Air Jordans and the Jordan Brand. The report alleges that Nike, and indirectly Michael Jordan, utilize prison labor to produce Jordan’s signature sneakers.

Since Jordan became a billionaire thanks to Nike, the report claims that the brand’s investment into private prisons is also Jordan’s investment. And this claim birthed many Michael Jordan prison memes.

Jordan has amassed as many critics as he has fans. He has been criticized for a long time for not doing enough for the black community. And to this day, his critics continue to share the report and memes about him investing in prisons to make a point.

But how true is this claim?

EarnTheNecklace.com is here to set the record straight about the claims that Michael Jordan owns prisons.

A Case of Mistaken Identity

The report did get one thing right. There is a Michael Jordan that invests in prisons. But he’s not the greatest player to ever step on the court!

Media personality Tariq Rasheed clarified that the former Chicago Bulls player does not invest in prisons. Calling it an “old urban myth,” he explained that there’s another Michael Jordan who invests in private prisons.

FYI.. Michael Jordan is NOT an investor in private prisons. That is an old urban myth based on another white guy with the same name

Michael Jordan, an Oregon lawmaker, has next to no resemblance to NBA legend Michael Jordan. It’s the lawmaker who reportedly invests in private prisons.

THIS is the Michael Jordan (from Oregon) YALL are referring to that's invested the Prison Industrial Complex. pic.twitter.com/J0XpUKqUkE

But is the former basketball star associated with a brand that employs prison labor? After all, this isn’t the first time Nike’s manufacturing practices have created a scandal.

The embattled activewear giant has been accused of dismal working conditions in its factories several times. Nonetheless, none of its employees are prison inmates.

There’s no evidence that Kevin Mannix lobbied to bring Nike’s manufacturing jobs to prisons in Oregon. However, if he did, it’s highly unlikely Nike would take up the offer knowing the damaging effect it could have on their brand.

Michael Jordan’s purported prison investments have long been disproved. And yet, the memes on the subject are still popular. But it has more to do with the Charlotte Hornets’ owner’s public image.

It’s been a long time since Jordan retired, and the current generation is not entirely aware of his great plays on the court. He’s now known as a guy with a coveted sneaker line people have been killed over.

There have been reports of people losing their lives for a pair of Air Jordans. But Jordan would remain silent over these incidents.

Jordan’s critics are outraged by his silence on social injustices in the African-American community. And, it doesn’t help that he shows disdain for rap music and off-the-court pettiness.

So, if someone sees a report claiming that Michael Jordan owns prisons and it’s being shared on Facebook, they are more likely to believe it.

Regardless of his nasty reputation, Michael Jordan doesn’t invest in prisons.