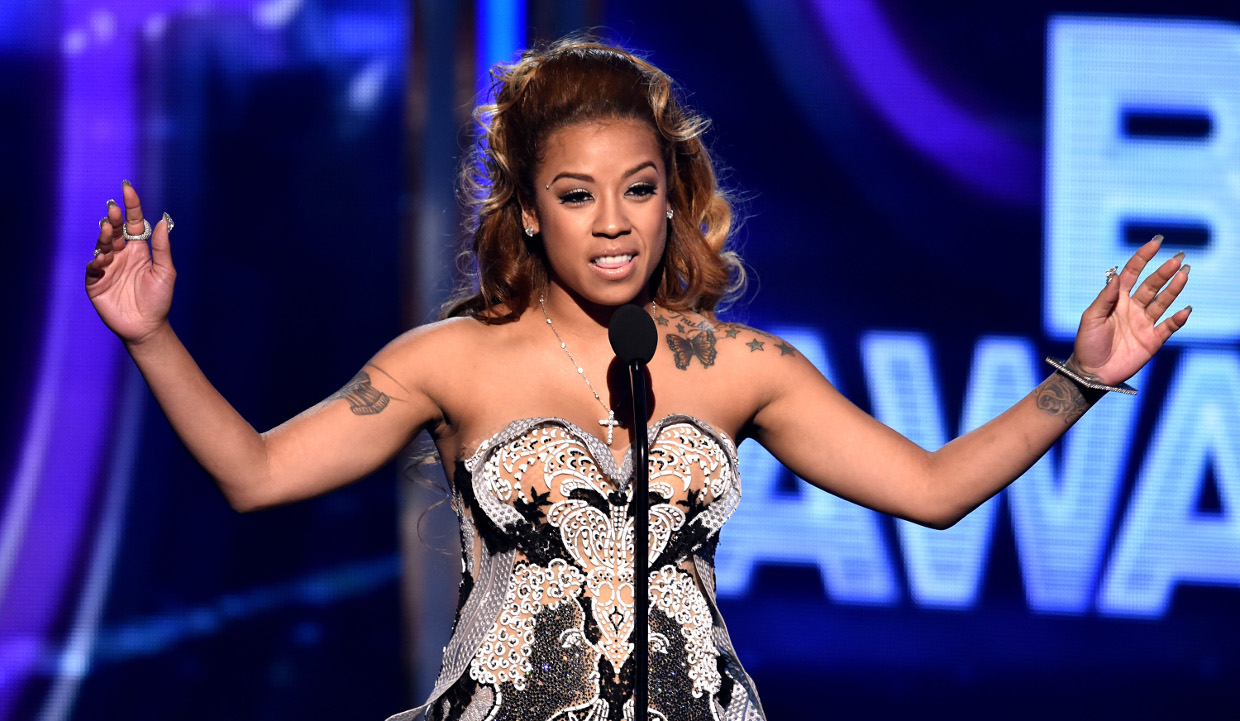 A news outlet has claimed that famous singer Keyshia Cole is pregnant with her boyfriend’s baby and revealed the news to the audience at a recent performance in Fort Meyers, Florida. Her fans are excited at this supposed pregnancy, but the news needs to be confirmed. Keep reading to know if this news is true or just a rumor!

A news report regarding Keyshia Cole and her personal life have appeared on MTO News’ website, sending her fans into a tizzy. They claim that the R&B legend is pregnant, according to their sources in her camp. Cole had allegedly admitted it openly in front of the audience when she was performing in front of them at Fort Meyers in Florida on Sunday, April 1, 2018.

Keyshia Cole is supposed to have told the audience that she was “carrying.” So, who is Cole’s baby daddy?

According to MTO News, it is a 22-year-old rapper named Niko Khalé. They claim that Keyshia Cole and Niko Khalé are in love and very happy.

We at EarnTheNecklace.com decided to check out the veracity of this news report.

No Such News on Cole’s Social Media Accounts

Social media accounts are used by celebrities to share the happenings in their life with their fans and admirers. They keep them informed and up-to-date about all the exciting events in their lives. So, wouldn’t it be natural for Cole to post a message on them that would confirm that the singer is indeed pregnant with Khalé’s child?

If Cole told a live audience in Fort Meyers, Florida, about her pregnancy, then she would have no qualms about saying it in a respectable media platform like Twitter and Facebook.

There is no mention of Cole’s supposed pregnancy even on her Instagram account. It is full of pictures of her wearing spunky dresses, working in the studio, and spending time with her children, friends, and fellow musicians like Bruno Mars.

The R&B singer’s representative was asked to comment on this news about Cole’s supposed pregnancy.

However, the rep had only this to say, “I do not comment on her personal life.”

Sorry Folks, No Baby on the Way!

Cole has not mentioned anything about her being pregnant in her social media accounts. She has not given a press conference yet, and her rep refuses to comment on the subject.

Even major media outlets like People or TMZ haven’t published anything about Cole’s rumored pregnancy.

Based on all this information at this time, we conclude that Keyshia Cole’s baby news published by MTO News is misleading. It appears that the R&B singer not pregnant right now!