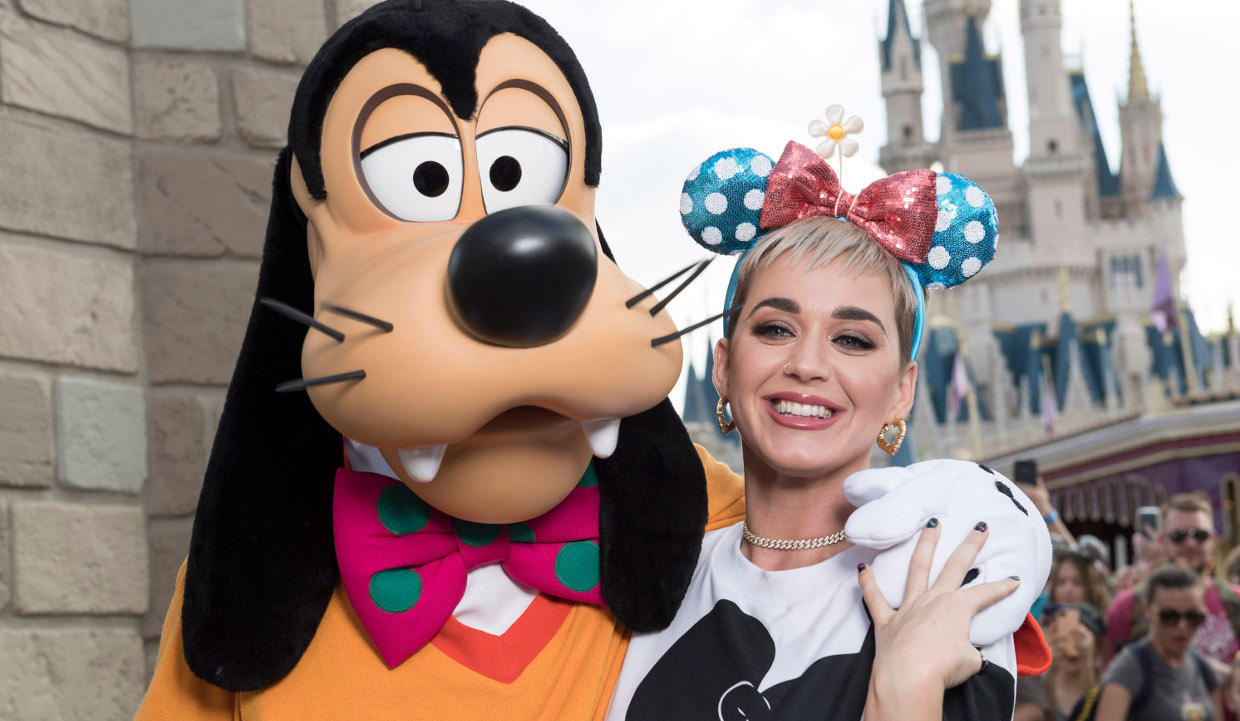 Hollywood Life claims that Katy Perry wants to get married and have kids with her on-again-off-again boyfriend, Orlando Bloom.

It hasn’t been long since rumors surfaced that Katy Perry and Orlando Bloom have rekindled their relationship. But HollywoodLife.com claims that Perry doesn’t want an on-and-off relationship with Bloom anymore and dished that Perry actually wants to marry Bloom and have kids with him! However, we at EarnTheNecklace.com believe this claim is far-fetched. Here’s why you shouldn’t be expecting wedding bells for Katy Perry and Orlando Bloom (or kids for that matter) anytime soon.

In case you didn’t hear, Orlando Bloom and Katy Perry are reportedly back together! The couple has a long history of breaking up and rekindling their romance but over the past couple months, the two have been seen together again on multiple occasions.

Bloom and Perry were spotted vacationing together at the start of 2018. And now, fans are concluding that their favorite couple is officially back together.

However, HollywoodLife.com has published an “exclusive” report claiming that Perry and Bloom are eager to settle down and have babies!

According to the report, Perry is “ready to get serious about their future” and wants to make it official with the LOTR actor. The songstress reportedly doesn’t just want to marry Bloom; she also wants to have kids with him!

The site’s source close to Perry told them exclusively that, “She has jokingly said to friends she would be a baby-making machine for him, but it is something that is drenched in truth.”

The report only speaks on behalf of Perry saying that the “Roar” hitmaker would be “all in” if Bloom were to propose. It also stated that their supposed source said that Perry believes Bloom is her “soulmate.”

As much as we’d love for this couple to tie the knot, this report is jumping the gun here.

We at EarnTheNecklace.com have separated fact from fiction.

No Perry-Bloom Wedding on the Horizon

Other sources supposedly close to Perry have refuted the claims. It is also believed nobody in her close circle of confidants speaks to the media on behalf of the singer.

Besides, if the American Idol judge was eager to marry Bloom, we don’t think she’d let her fans know indirectly through an “unnamed source.” After all, Perry and Bloom aren’t shy about subtly showing their affection for each other.

If you stalk Orlando Bloom’s Instagram (you know you’re guilty of it, and so are we), surely you saw the Pirates of the Caribbean actor’s killer abs. While we were gawking at the perfection, Perry was too!

Hawk-eyed fans noticed Perry’s casual comment on the post that read, “Oh hey! I was actually looking for a washboard to do me laundry on.”

#tbt capetown ‘Brian fit’ for #zulumovie this photo saved not JUST for vanity ? but as a lil reminder that I got to that place and I know how to get to that place when I need to go to that place ?? diet-lifting-hours of #nopainnogain and a #mindfulness presence and #focus that just won’t settle?? nothing but respect for those who can maintain it I try to stay close which is good because im heading back in that direction for Killer Joe soon to be at the @trafalgarstudios 18th may ??????

We don’t need to rely on insiders for the scoop on Perry and Bloom. This couple is pretty overt themselves.

Not long ago, they spent time together in Tokyo, Japan, where Perry’s “Witness: The Tour” had a stop. Bloom was in the audience when Perry dedicated a song to him. To further our point, Katy Perry seemingly let the world know how much she loves Bloom with an entire onesie she wore earlier in March 2018! (Yup, it was completely covered in images of a smiling Orlando Bloom’s face!)

While the couple doesn’t directly state when they split or (if and when they reunited), they seem to pack on the PDA in various sightings. This is often evidence of when Katy Perry and Orlando Bloom’s relationship is on or off.

However, keep in mind that Perry has set the record straight before about how the two ex-lovers can still be friends! Check out this Tweet she posted in 2017 after speculation on them getting back together first surfaced.

HOW BOUT A NEW WAY OF THINKING FOR 2017⁉️U can still b friends & love ur former partners! No one’s a victim or a villain, get a life y’all!?

Well, folks, we just need to keep our eyes peeled for some sparkling bling on Perry’s finger to know if there’s a wedding! So, don’t jump the gun just yet!

But for now, we think that Katy Perry and Orlando Bloom are in a good place with their rekindled relationship. They certainly aren’t rushing into things this time around.