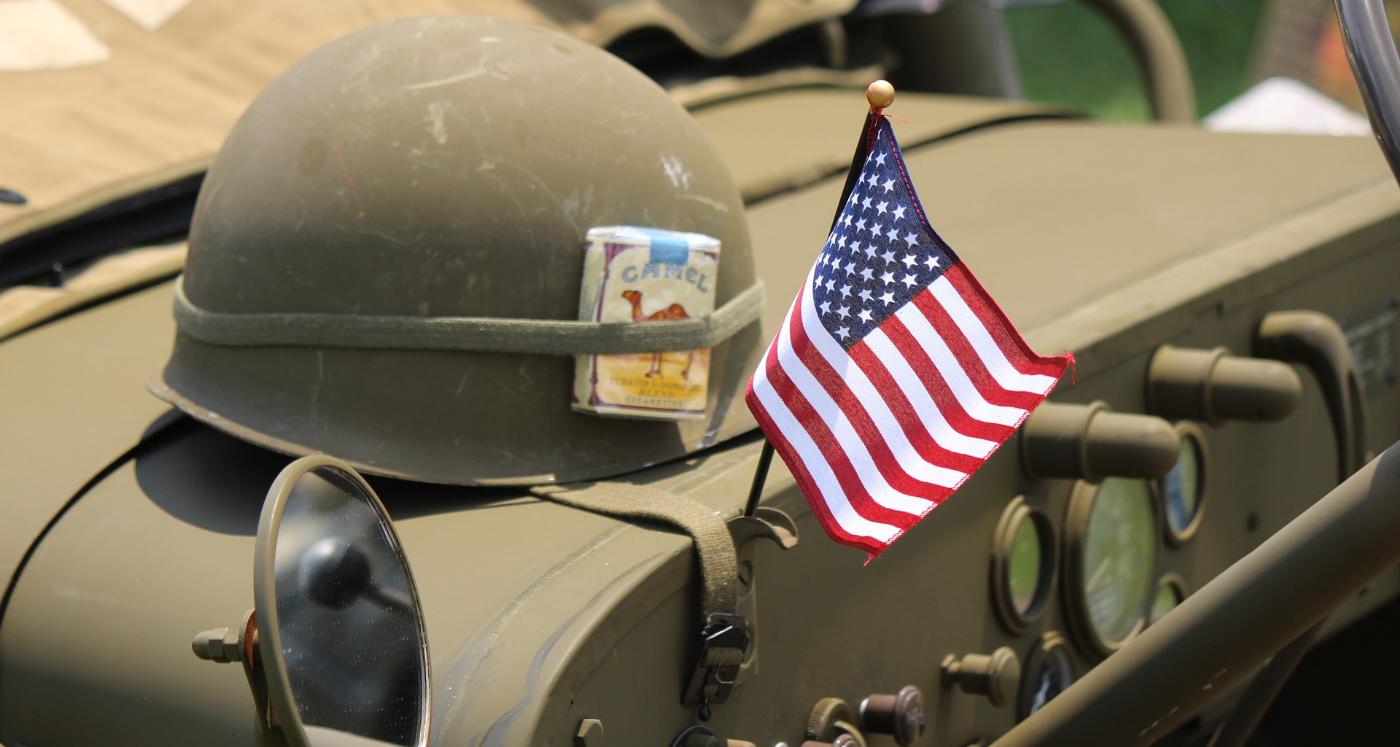 A city employee in Jacksonville, Florida gave a warning citation to a local business for displaying military flags.

An incident that occurred in Jacksonville, Florida, has generated a flurry of response on social media. A local business was cited for displaying military flags outside their store. The city inspector also lashed out against a customer, who was a military veteran. Did the Jacksonville store really get a citation? EarnTheNecklace.com has all the real facts for you here!

The manager of Jaguar Power Sports, a store in Jacksonville, Florida, posted a rant video on Facebook on Monday (April 16) that went viral. He talks about an incident that occurred in the store that sent shockwaves across social media.

A city inspector named Melinda Power walked into Jaguar Power Sports and issued a written warning citation. The offense, as Power claimed, was flying military flags on the roof of the business.

Surveillance video and employee accounts give a picture of the incident that occurred. Power was reportedly disrespectful and rude to not only the employees but to a customer, as well.

The customer seen in the surveillance video is a retired military veteran. And according to employees, he got upset when Power issued a warning for flying military flags.

The vet spoke to the media on the condition of anonymity.

“She turned around at the door and said to me, in a very loud voice that, what I did for this country did not matter,” said the customer. “I was mad. I don’t take a lot of things personal. I really don’t, but that strikes a chord with me.”

Power left the store soon after, leaving behind the written citation.

Despite receiving a citation, Jaguar Power Sports won’t be taking down the flags, nor will they pay any fines. The incident has resulted in outrage against Power’s behavior.

Even Jacksonville Mayor Lenny Curry spoke out about the incident.

The Flags are Here to Stay!

Jaguar Power Sports had displayed two U.S. flags, a Jacksonville Jaguars flag, and flags representing each branch of the military.

However, a look into Florida State’s flag protocol revealed that Jaguar Power Sports did not warrant a citation. The city’s Chief of Staff, Brian Hughes, said officials are reviewing Jacksonville’s flag ordinance to check if the citation was valid.

“The business was issued a warning, and was not fined. Warnings are issued to provide property owners information about a possible violation, and corrective action,” said Hughes.

However, it wasn’t the citation that enraged denizens. Power’s interaction with the military vet didn’t sit well with many.

“We cater to our men and women, both retired and active military, so it was personal. We felt like it was a personal attack,” said another store manager, Marcy Moyer.

Curry said, “Let them fly,” referring to the military flags.

1. I Have directed city staff that military flags should be treated same as US flag. Let them fly. I Have reached out to the business owner & will review employee procedures. COJ employees r expected to be respectful of our customers – you, the people of Jacksonville.

2. We support our military and veterans, and we appreciate businesses who honor their service.

Hours after the first video explaining the incident was uploaded, Jaguar Power Sports posted another video appreciating the support. The manager in this video said that were allowed to keep the flags.

The mayor’s office explained that they had communicated with the store. An employee confirmed that the mayor had dropped the citations and allowed the business to keep their display of flags.

Social media was awash with outrage after this incident. The first video about the incident was shared over 163,000 times!

Even Power’s Facebook page has been inundated with angry comments. Furious Facebook users have sent her pictures of the late actor, R. Lee Ermey.

The actor, who was typecast as an authority figure, was famous for playing the screaming Sergeant Hartman in Full Metal Jacket. He passed away on April 15, 2018.

MELINDA POWER OF JACKSONVILLE, FLORIDA GAVE A TICKET TO “JAGUAR POWER SPORTS” FOR HONORING MILITARY BY FLYING FLAGS. SHE WENT INTO BUILDING AND CONFRONTED A VET WHO HAD BEEN WOUNDED IN LINE OF DUTY AND TOLD HIM HE DID NOTHING FOR OUR COUNTRY!! so pissed off! #MilitaryStrong??

Power hasn’t commented on the issue. Calls to her office and supervisor were met with no response.

The store’s employee said that the mayor’s office is investigating Power’s interaction with the military veteran customer. Although people are demanding that Power be fired, the veteran is asking for something else.

“I think there should be some serious reprimand to her,” the vet said. “She needs to apologize to the veteran community, and to every American who supports us.”

Nevertheless, social media users are ecstatic that the Jacksonville store has won the right to display the flags. If Jaguar Power Sports received a citation before, they don’t have one now.