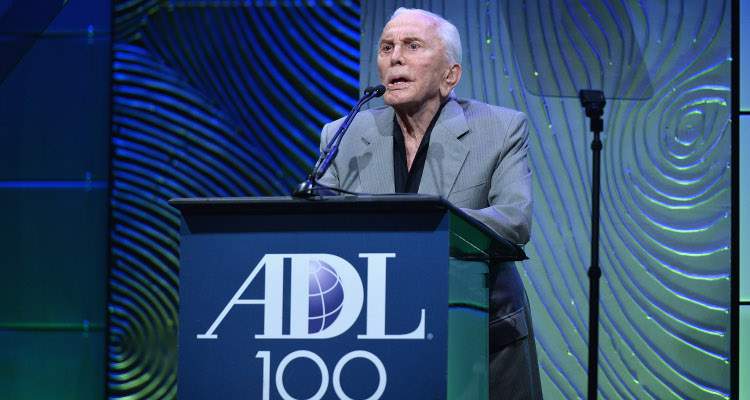 Champion movie actor passed away before his 101st birthday in December 2017.

According to a website called Action News 3, an article was published on December 5, 2017, which started the Kirk Douglas death hoax. After reading the article, many people began to wonder, is Kirk Douglas Dead? The website claimed that Kirk Douglas passed away four days before his 101st birthday.

The website wrote, “News reports have confirmed that actor Kirk Douglas died of natural causes late this afternoon, Los Angeles coroners office reported. This was just 4 days before he would have turned 101 years old.”

It further stated, “Family released a statement saying he, ‘went comfortably and was in no pain’ and ‘lived a long and prosperous life that people only dream of.’”

Of course, the story is fake and although the website claimed that several news reports had confirmed the Kirk Douglas’s news, there are no credible sources to support the story. If Kirk Douglas was really dead, it would have been breaking news, as he is one of the most celebrated actors in the Hollywood industry.

Also, it has been three days since the news of Kirk Douglas’ death hoax has been published and yet no statements, obituaries, or tributes to the actor have popped up, which further supports the fact that Kirk Douglas is very much alive and will be celebrating his 101st birthday on December 9.

Reportedly, this is not the first time that Action News 3 has published a fake article! In the past, they have published death hoax news articles on several other celebrities, including Morgan Freeman, George Zimmerman, and Bob Barker. The story of ‘Morgan Freeman Dead’ was published in October. The website claimed that Freeman passed away at the age of 80, but in fact, he’s very much alive and well today.

Where is Actor Kirk Douglas Now?

Spartacus in CHAMPION (1949)??❤️ can’t believe this beautiful man will be 101 this week ??? – #KirkDouglas #Spartacus #OldHollywood

In 1996, Douglas suffered a massive stroke which affected his ability to speak. Doctors were scared that Douglas would never be able to speak again, but he underwent daily speech-language therapy which helped him to correct his speech, although it was limited.

Although Douglas uses a walker, he still has that old charm in him. Last year, he celebrated his 100th birthday with his close family and friends. One more day and his family will celebrate his 101st birthday! Talking about living until 100 in an interview, Douglas said, “I never, ever thought I would live to be 100. That’s shocked me, really. And it’s sad, too.”