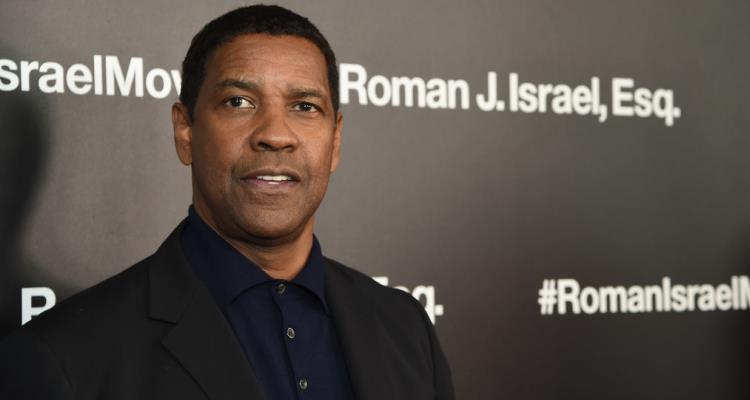 What happened to Denzel Washington? Is Denzel Washington dead? The rumors are rife surrounding the death of one of America’s biggest stars and fans want to know the truth! While Hollywood has had a number of deaths in the past year, it seems that somehow the 63-year-old Oscar-winning actor became the focus of several rumors, and now, everyone is wondering if he’s still alive! Keep reading for the truth!

To put it simply, the answer is “no,” Denzel Washington is not dead. He’s very much alive and was recently nominated for an Oscar for Best Actor for his work in Roman J. Israel, Esq.

“I want to sincerely thank the Academy for my nomination for ROMAN J. ISRAEL. I am truly honored to be recognized by the Academy for such a rich character that was beautifully written by Dan Gilroy[sic],” he said.

Washington is the most nominated black actor in Oscar history and this year could be his third win in his career. By the looks of it, the actor is a victim of yet another Denzel Washington death hoax. This isn’t the first time the actor has been presumed dead; it was once reported that he originally “died” in November 2011. At the time he was working on a movie and his rep had to issue a statement.

Even if the actor was dead, we would have known for sure with a statement from his loving family, which includes his wife, Paulette Washington, and their four children. He’s a big enough star that if his death had actually occurred, there would be solid confirmation from either his reps, his fans, or his loving family.

Speaking of his family, Denzel Washington takes pride in the way he is raising his kids. “We try to instill the positive influences we got from our parents: in our case, church, school, humility, volunteering, the importance of helping others,” he told The Guardian in a past interview. “I have four children: the eldest is a professional footballer; Katia, my eldest daughter, has just graduated from Yale law school. They’ve all gone to college[sic].”

He added, “My children are good people. They are not perfect but they are generous and humble and kind. My wife did that. There is no secret to the perfect marriage. I have been married 27 years to Pauletta. Everybody has their ups and downs; we’ve had ours. It’s hard work, you know. But we made a commitment. A spiritual foundation helps everything – marriage, work, peace of mind.”

Denzel Washington and This Is Us

What connection does the Oscar-nominated actor have with one of the best shows on TV right now? He sent one of their cast members to school! In a recent interview on Live with Kelly and Ryan, This Is Us star Susan Kelechi Watson, 36, (who plays Randall Pearson’s wife, Beth) told the co-hosts that she got a call saying that Denzel Washington was going to pay $5,000 for her to got to study Shakespeare at England’s University of Oxford, with five other classmates.

“They didn’t have any minority students, much less [people] from a historically black university,” Watson revealed on Tuesday. “We went and it changed all of our lives.”

Years later, the Jamaican-American actress ran into Washington. “I said, ‘Excuse me, you paid for my scholarship,’” she recalled, laughing. “He said, ‘Yeah, you’re welcome.”

Denzel Washington, who is very much alive, is currently working on the Broadway revival of The Iceman Cometh and will play salesman Theodore Hickman, aka Hickey. And we can say with confidence that any rumor surrounding his death right now is completely false.