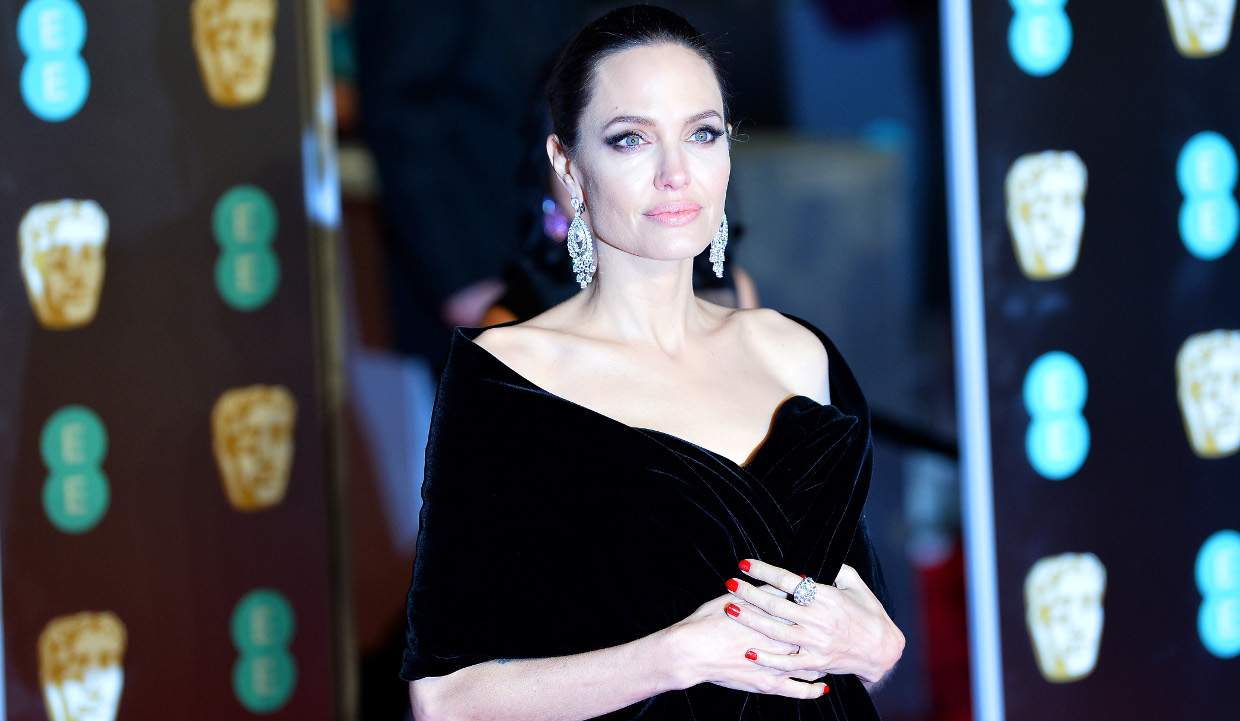 After ETOnline claimed that Angelina Jolie is dating a real estate agent, HollywoodLife claimed that Jolie’s children don’t like her new boyfriend.

Sources are claiming that Angelina Jolie is back in the dating game and that the A-list actress is dating a non-celebrity. HollywoodLife.com further added to the speculation with an exclusive story claiming that the actress’ kids aren’t happy with Angelina Jolie’s new boyfriend. But the reports about Jolie dating and her kids not liking her boyfriend are probably false. Here’s why!

Who Is Angelina Jolie Dating in 2018?

Entertainment Tonight covered two simultaneous stories on March 26 about how both Angelina Jolie and Brad Pitt are moving on since calling it quits in 2016. While the report says that Pitt is a changed man since the split, it claims that Jolie is in a new relationship.

A source reportedly told the website that Jolie is in her first relationship since splitting from Pitt.

“Angie has told some friends she isn’t ready to date, but she has been seeing a handsome, older-looking man who is a real estate agent,” the source claimed. “He isn’t a celebrity or high profile in any way.”

It didn’t take long for other news outlets to pick up the story. But soon enough, everyone was asking if Jolie has a new beau.

The rumors were further fueled by a report in HollywoodLife. The site published a story by a purported source that claims Jolie and Pitt’s six kids aren’t happy that she’s dating.

The source also claims that the Pitt-Jolie kids were hoping their parents would reunite. They feel that it won’t happen if their mom dates another guy.

“Angelina’s kids are disappointed now that mom is dating again,” the source said. “It has taken some time for the kids to come to terms with the divorce, and to understand that their family has been divided. The younger kids had been hanging onto the hope that dad and mom might reunite for a long time, but that hope has been given up for sometime now.”

Despite two reports claiming that the Maleficent actress has moved on with a new relationship, we at EarnTheNecklace found facts that say otherwise!

It’s safe to take Jolie’s new relationship rumors with a grain of salt since there’s no confirmation from the actress herself.

ET reached out to Jolie’s rep to corroborate the source’s claims. However, the 42-year-old hasn’t responded to the dating rumors.

Furthermore, there’s no evidence to prove that Jolie’s kids don’t like her alleged boyfriend.

A source told People that romance is the last thing on Jolie’s mind right now.

“She is absolutely not seeing anyone and will not be,” the source said. “She will focus only on their children and being with them.”

A report from Us Weekly denied that Angelina Jolie is dating a real estate agent. Although the report did say she “hung out” with a few guys, Jolie is, by all means, single and not eager to date anyone.

But many other celebrity news outlets have gone ahead and reported on Jolie’s supposed boyfriend. A few have even compared the supposed non-celebrity real estate agent to Jolie’s previous relationships.

There are even stories describing the alleged real estate boyfriend, who supposedly lives a mundane life in Los Angeles. These stories add that the alleged boyfriend is down to earth and gives Jolie the stability she wants.

But there is one thing all of these claims lack—evidence and confirmation! Furthermore, these reports have not cited the sources of their information.

ET’s purported source doesn’t mention how and when Jolie met this “regular guy.” There are also no reports about her supposed boyfriend meeting the kids, so for them to “dislike him” seems far-fetched.

Rumors surrounding Brad Pitt and Angelina Jolie have been making their rounds ever since they first split—from a potential Pitt-Aniston reunion to Jolie marrying a British philanthropist. So far, all the theories have been disproved.

The former couple is currently negotiating the terms of their divorce and focusing on their children.

It’s not confirmed whether Jolie is dating or not. Until her reps comment on the truth of it all, EarnTheNecklace recommends not believing those Angelina Jolie dating rumors!