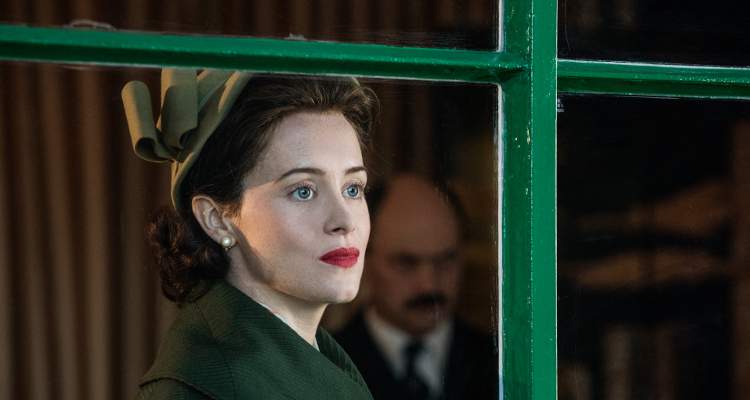 The Crown season 2 is said to be based on real-life events of Queen Elizabeth II’s life. While there are many fans who are eager to know if the series has depicted the royal life accurately, we know about some real historical treasures hidden in The Crown season 2. So, if you ever asked—is The Crown true, scroll down for the answer.

The Crown seasons 1 and 2 have given us carefully curated pieces of royal history, which many of us didn’t even know occurred. The Queen has obviously made many public appearances in her lifetime, but fans have always wondered what went on in her personal life. Netflix’s The Crown has opened us up to a whole new royal world and fans can’t seem to get enough! But how accurate is The Crown? Are all the events we see in the show true? Here’s The Crown fact check about its accuracy, compared to the real-life happenings.

The Crown season 2 has been making headlines since its release in early December, and now, after fans were hooked to the series, questions about the story’s authenticity are floating around. We have all the comparisons, fact checks, and answers for you right here. Check out these pointers to see how accurate The Crown season 2 actually is!

Who Says The Crown Season 2 is Accurate?

When Netflix began conjuring up a concept to depict the life of Queen Elizabeth (played by Claire Foy) in six seasons, people were unsure of how much they would actually show, and if it would stray from the actual events that occurred. But as it turns out, Netflix managed to make sure viewers of The Crown get the real deal!

According to consultant Robert Lacey, who is a renowned historical biographer, “The series is incredibly accurate and true to the history.” He has been on the panel of consultants for the royal drama on the streaming service and has also penned down a few facts about the Royals in his book, The Crown: The Official Companion, Volume 1: Elizabeth II, Winston Churchill and the Making of a Young Queen (1947-1955).

To add to his remarks about the authenticity of the show, spokesperson Tom Skyes said, “If you go into the Left Bank offices—Left Bank being the company producing the series for Netflix—the first thing you see is a huge newsroom with eight full-time researchers working away, and that’s just the start, the raw material.”

Furthermore, the alleged infidelity of Prince Philip with a ballerina was touched on, though nobody was able to prove that the queen was cheated on. This was something the show could have easily let go.

But, as Netflix is trying its best to keep things as close to reality as they can, they acknowledged the incident very subtly, in a scene where the queen finds a picture of the ballerina in Prince Philip’s briefcase. The rumors of the alleged affair were never confirmed, and some even consider it as a thought-up plot for the show to add some drama.

Oh my …. I feel I have been waiting for this for EVER !!! ♥️ #thecrown #thecrownnetflix #thecrownseason2 #excited #excitedmuch #happy

Showrunners focused on the ’60s in The Crown season 2, and if you really look at the details, the Queen is not the main feature of the season. Rather, it’s her sister Margaret (played by Vanessa Kirby) and the slightly in-a-hurry-to-get-crowned Prince Philip (played by Matt Smith) who have been thrust in the spotlight this season.

It was reported that in the ’60s and ’70s, the Queen was facing quite a tumultuous time, not just in her personal life but in her duties, as well. For example, the Suez Canal event. This was public information at the time, but what folks didn’t know was how the Queen handled herself behind the scenes.

Despite all this in full glory, Netflix made sure they do what they do best: Focus fully on the Royal Family’s politics on the inside.

So, if you were expecting anything less than authenticity, then forget about it. But that being said, there are a lot of liberties taken to make the show seem somewhat more dramatic and artistic. Not every single word or event shown is completely true to reality, but for what it’s worth, the show is just too addictive to stop watching!

Keep an eye out for The Crown season 3 trailer. If they focus on the ’80s and ’90s, we will get a whole new perspective on Princess Diana! Was that a spoiler? Let’s just say we know our royal history!