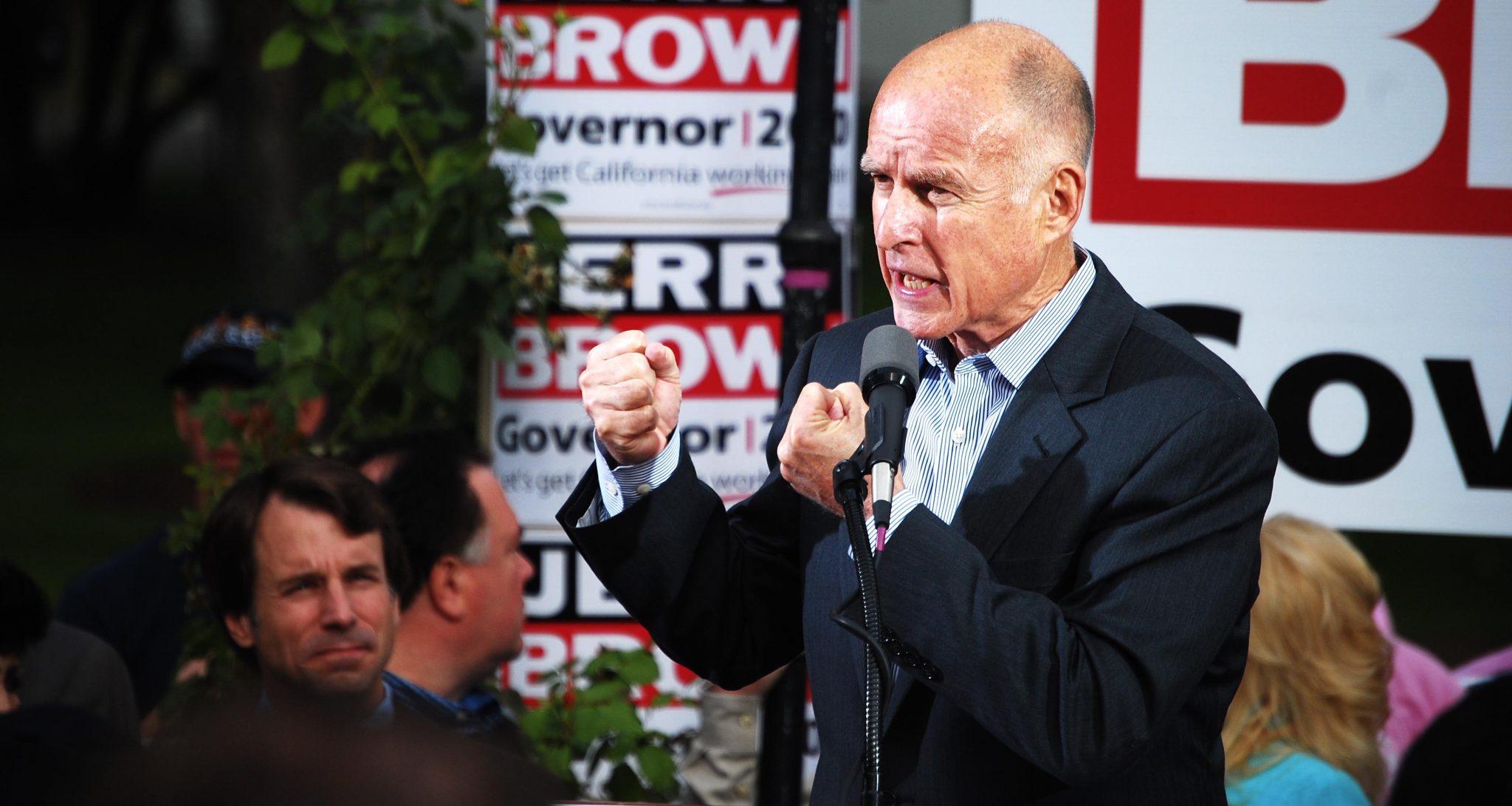 YourNewsWire.com claims that California Governor, Jerry Brown is going to ban sale of Bibles in the state.

YourNewsWire.com published a story titled, “California Gov. Jerry Brown to Ban Sales of the Bible,” which claims that the state assembly is going to pass Assembly Bill 2943. The bill allegedly bans Bible sales for promoting hate speech against the LGBTQ community.

Assembly Bill 2943 in the California State Assembly has caused a stir on social media. The bill allegedly aims to eliminate hate speech against the LGBTQ community.

YourNewsWire.com claims that if the bill becomes law, it will ban sales of the Bible and biblical-based teaching. It sparked outrage on social media, particularly against Gov. Jerry Brown, a Democrat. But is California really banning the Bible?

Such a bill clearly sounds unreal and is not true.

Is California Banning the Bible?

YourNewsWire.com claimed that the California State Assembly will pass A.B. 2943 that will ban Bible sales in the state. The claim further gained traction when Travis Allen, a member of the State Assembly and Republican candidate for California governor, discussed it.

Allen’s interview soon became viral, and A.B. 2943 became a major topic of discussion on social media. Many were in disbelief and wanted to know if this news was true.

Many Christians have poured out their outrage, particularly against Gov. Jerry Brown. He only has a few months in office and had an eventful weekend following President Trump’s orders.

Google Trends has even recorded a massive spike in search volume related to Jerry Brown since he deployed the National Guard last week. The California State Assembly approved A.B. 2943 last week, too, causing an increase in searches related to Brown’s apparent support to this bill. 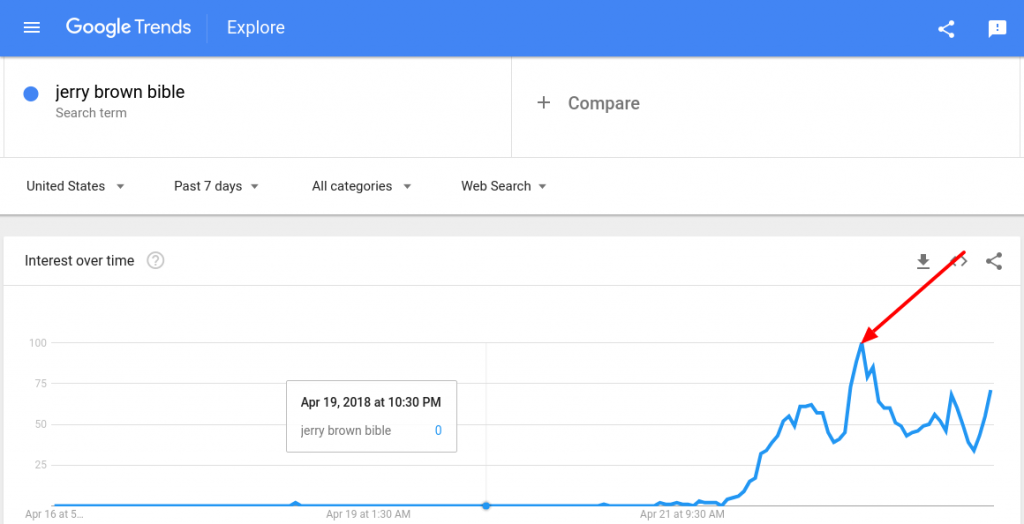 But is Jerry Brown going to ban Bible sales in California?

In truth, Assembly Bill 2943 would not ban Bible sales at all.

EarnTheNecklace.com has separated fact from fiction to explain and the reality of A.B. 2943.

#California is so screwed up that they would rather make selling the Bible illegal, stop #Trump from building the wall, but protect illegal aliens who murder people. Jerry Brown should be indicted for being an enemy of the state. I can’t stand him.

An America News interviewer named Liz Wheeler asked Travis Allen if the bill in contention banned Bible sales, and this is what he had to say:

“Well, literally, according to how this law is written, yes, it would. This is, you know, PC culture, politically correct culture, gone horribly awry. This is really directly hitting at our First Amendment rights as American citizens. Now the Democrat legislators in this building, right behind me, the California state legislature, they want to tell you how to think, what sort of books that you can read, write and purchase.”

However, A.B. 2943 “literally” doesn’t mention the Bible at all. In fact, it has no mention of Christianity or any religion, and is not aimed at any community whatsoever.

It was not even written by Jerry Brown. So, it’s inaccurate to say that he put forth this bill.

The bill was authored in the state assembly by Evan Low, an openly gay lawmaker and member of the California Legislative LGBT Caucus. It aims to prohibit “sexual orientation change efforts” (SOCE) or “gay conversion therapy” on minors. Furthermore, it extends from a 2012 law that banned mental health professionals from providing gay conversion therapy for anyone below the age of 18.

Per A.B. 2943, “lesbian, gay, bisexual, or transgender is part of the natural spectrum of human identity and is not a disease, disorder, or illness.”

The bill prohibits gay conversion therapy as commercial service. It bans advertisement and sale of such services. However, it doesn’t outlaw all SOCE measures. Consenting adults can seek SOCE if they want to.

So…
as an intellectual, I hate biased, outright misleading news articles.

As a Christian, I hate being generalized as an “atheist leftist”.

And I am sad to say that I feel like this has to be said:

California Assembly Bill 2943 is NOT banning the Bible from being sold.

Travis Allen’s interview caused many conservatives to misinterpret the purpose of the bill. Nonetheless, some Christians have lashed out at Gov. Jerry Brown, even though he hasn’t contributed to the legislation.

The state Senate still has to vote on the bill for it to become law. Even if the state assembly passes it, the California bill does not ban the Bible.

Brown’s critics are of the opinion that the bill projects the Bible as a manual for SOCE, which is not the case. Conservatives believe that the legislation would put Christian institutions at risk for lawsuits.

However, A.B. 2943 does not prohibit religious practices, whether Christianity or other religions. No religious institution will be prohibited to give moral instruction on sexuality and sexual orientation unless there’s no monetary transaction involved.

Prohibiting Bible sales or biblical-based teaching would violate the First Amendment of the U.S. Constitution, which provides freedom of religion. No state would pass legislation that goes against the First Amendment. And even if it did, the Supreme Court would shut it down right away.

The bill would simply make SOCE as a business unlawful. The text of the document mentions that SOCE is not a legitimate “treatment” because same-sex attraction is not a medically classified mental illness. Those defrauding people by claiming to treat same-sex attraction could face legal consequences.

Testimonies from those who went through SOCE explained that it rarely works. However, forced treatment measures can be harmful to the patient, and the bill aims to protect such patients.

Low himself has been open about his struggles to accept his sexual orientation.

“This is a very personal issue to me,” Low said. “This notion that we would accept as a legal practice that conversion therapy works is antithetical to my very existence in this body.”

“To advertise that you can change someone’s orientation is simply that — fraudulent,” said Democratic Assemblywoman Susan Talamantes Eggman.

Low and the Democrats have emphasized that this legislation does not inhibit freedom of religion in any way. Whether they support the legislation or not, many believe the bill has been misinterpreted, and no state can outlaw any holy book.

Gov. Jerry Brown is ineligible for a third term as governor. Travis Allen, on the other hand, is the GOP candidate in the 2018 California gubernatorial and is in the public eye because of his campaign.

Brown recently landed on President Trump’s bad side when he deployed the National Guard to the Mexican border on the POTUS’ request. But he told the troops to not interfere with immigration matters. That invited Trump’s ire, who fired back at Brown in a tweet.

Brown was unaffected by Trump’s tweet. However, it could explain why he’s so unpopular among conservative groups right now.