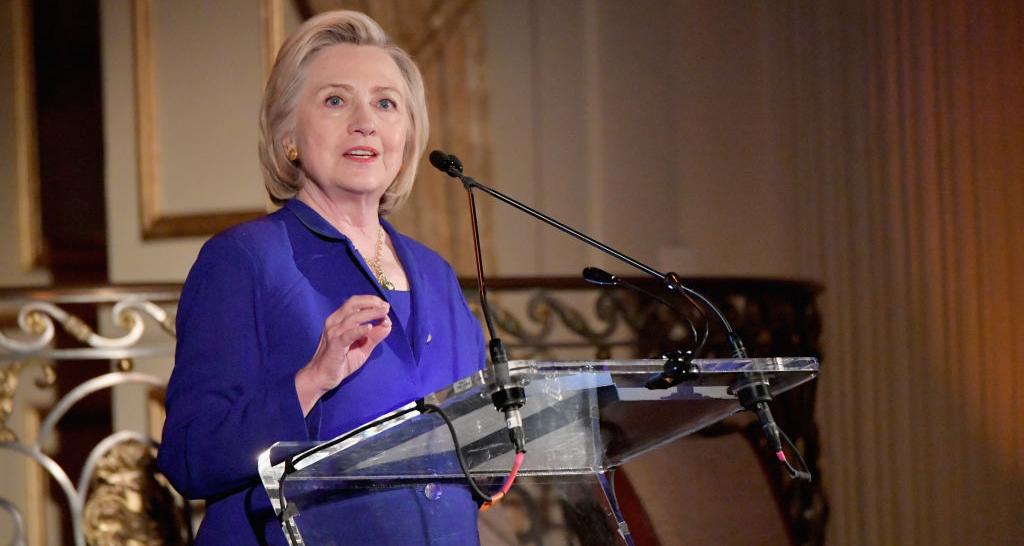 A website claims that an FBI agent named David Raynor, who was going to expose Hillary Clinton’s cover, was found dead. However, the news seems to be fake and we are here to tell you why.

Back in June, Neon Nettle stated that David Raynor was found dead in his house. He was the one who was going to expose Hillary Clinton and former President Barack Obama’s malpractice and corruption in “Operation Fast and Furious.”

Another website called “Before It’s News” said on July 4, 2018 that David Raynor was found murdered, and it was a developing story. Raynor’s wife, Donna Fisher, was apparently also discovered dead at the scene. Both were murdered by Raynor’s gun.

According to the website, Raynor was stabbed several times and was shot twice with his weapon. 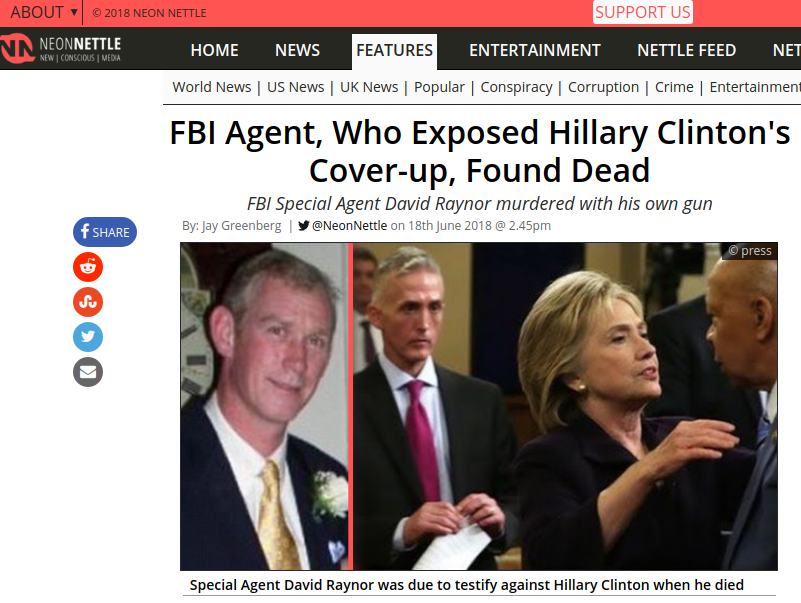 The website further states that his death came just a day before he was due to testify against Clinton before a U.S. Federal Grand Jury. It also says that Clinton was aware of the crime and she was liable to criminal charges.

The news is totally fake and here’s why.

David Raynor died in March 2018 in Crownsville, Maryland. A female called 911 and informed the authorities that Donna Fisher was being threatened by her estranged husband.

Raynor, 52, and Fisher, 54, were discovered dead in an apparent murder-suicide, outside a house in Crownsville, Maryland.

It was reported that Raynor was found with several stab wounds and a self-inflicted gunshot wound. Fisher was also discovered with stab wounds. Both were declared dead at the scene.

Law enforcement officials say that the death was a domestic issue and not at all related to any case that Raynor was handling.

This means the claim that he was going to blow up Clinton’s cover is also false news. Also, Clinton had nothing to do with Raynor’s death.

There is no such thing as “Operation Fast and Furious” related to Clinton. Also, another factor that suggests the news is fake are the grammatical errors on Before It’s News’ website.

Many websites published the fake news but there has been no proof so far that the story is true. Furthermore, there is no confirmation that David Raynor worked on any case related to the Clintons or this supposed “Operation Fast and Furious.”