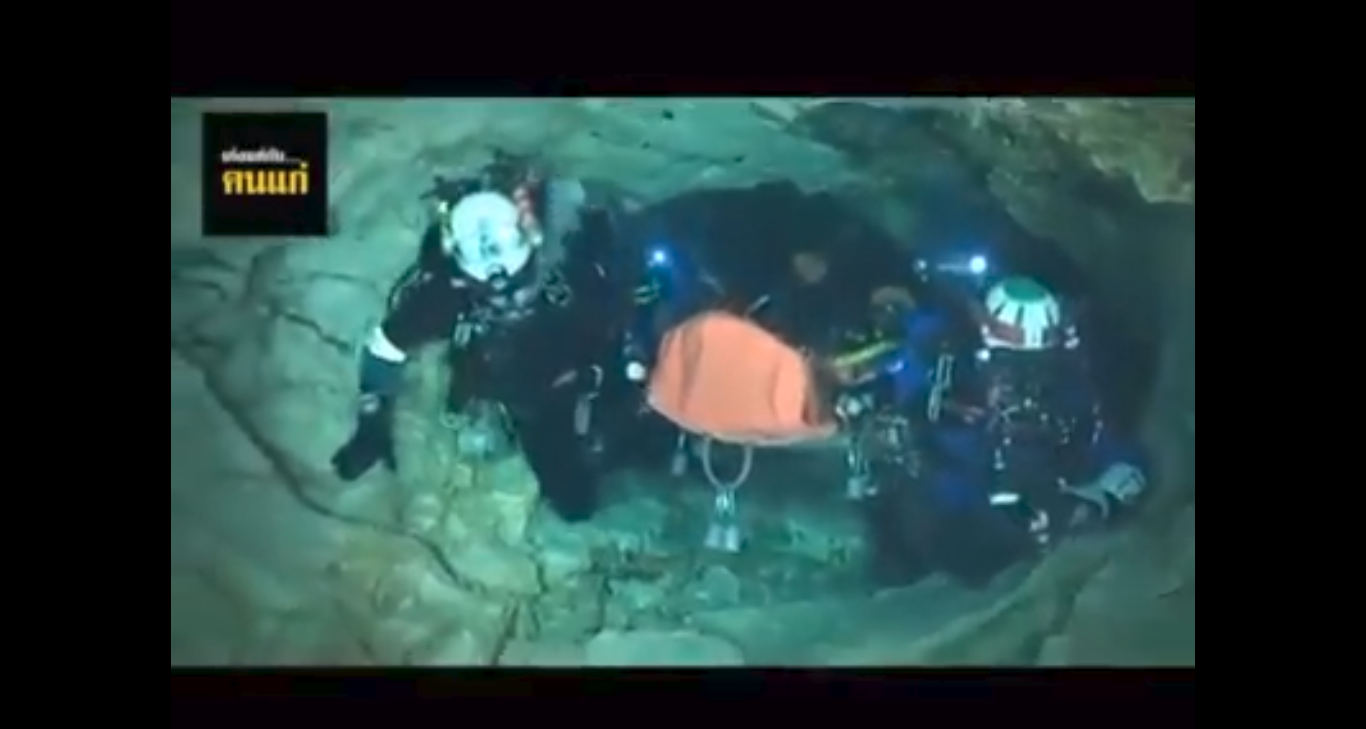 A video shows Thai Navy SEAL divers carrying out the rescue of the children in the cave.

A video on Facebook allegedly of the Thai cave rescue mission has garnered over 24 million views since it was posted. All 12 children and their soccer coach were safely extracted from the labyrinth on July 10, 2018, the only casualty being one brave Thai Navy SEAL. The video posted on July 8 seemingly shows the SEALs in action during the dangerous rescue. But it isn’t the actual video of the soccer team rescue mission.

Is The Video of Cave Rescue Actual Footage?

A Facebook employee from Myanmar, Ko Aung Min, shared a video on July 8, 2018, that apparently shows the rescue of the soccer team from the Thai cave. The video has received millions of views and shares since it was posted.

People commended the rescue efforts and expressed their relief that the children made it out safely. Many are rightfully praising the awe-worthy efforts of the divers.

As seen in the video, divers are seen navigating through the deep aquatic channels of a cave with a person on a stretcher. Comments to this video assume it’s the cave rescue’s actual footage as it went underway. However, that’s not the case.

The video in question appears to be a training drill for cave rescue divers. The person on the stretcher is also an adult.

Ko Aung Min posted the video to demonstrate the dangerous job of the divers that led to Thai Navy SEAL, Saman Gunan’s death. He has also posted actual videos of the mission filmed in the outer area of the cave.

The Thai Navy SEALS official Facebook page shared raw footage from the rescue scene. But the actual rescue site and the one shown in the Facebook video are dramatically different.

Furthermore, there’s no actual footage of the divers carrying a stretcher with a person in dark and deep channels of water released yet. The only visuals available so far are of the site where the rescuers have set up camp and of the actual cave where the kids and their coach were with SEALs and a medical professional.

Also, people speaking in French can be heard in the Facebook clip. Most of the people involved in the rescue efforts were Thai and Australian. No French people were involved directly.

According to comments, this particular video is of an older French cave rescue. A comparison to videos posted on YouTube by French Cave Rescue shows this Facebook video is more similar to the training drill than the actual rescue.

Besides, the Facebook video is too cinematic and steady to be raw footage of such a critical mission.

The saga of the 12 children from the Wild Boars soccer team and their coach has drawn international attention. And the global audience has an appetite for every detail and visual of this successful mission.

Since the rescue efforts began, fake videos and accounts of the mission have been circulating on the Internet. Old videos of divers in caves have been shared and re-shared and mistaken to be real footage of the Thai soccer team rescue.

Although these posts have received millions of views, the intention was obviously to boost the online presence of individual accounts.

But Ko Aung Min only intended to demonstrate the grueling difficulty of cave rescues before this training drill video was mistaken to be actual footage of the Thai cave rescue.