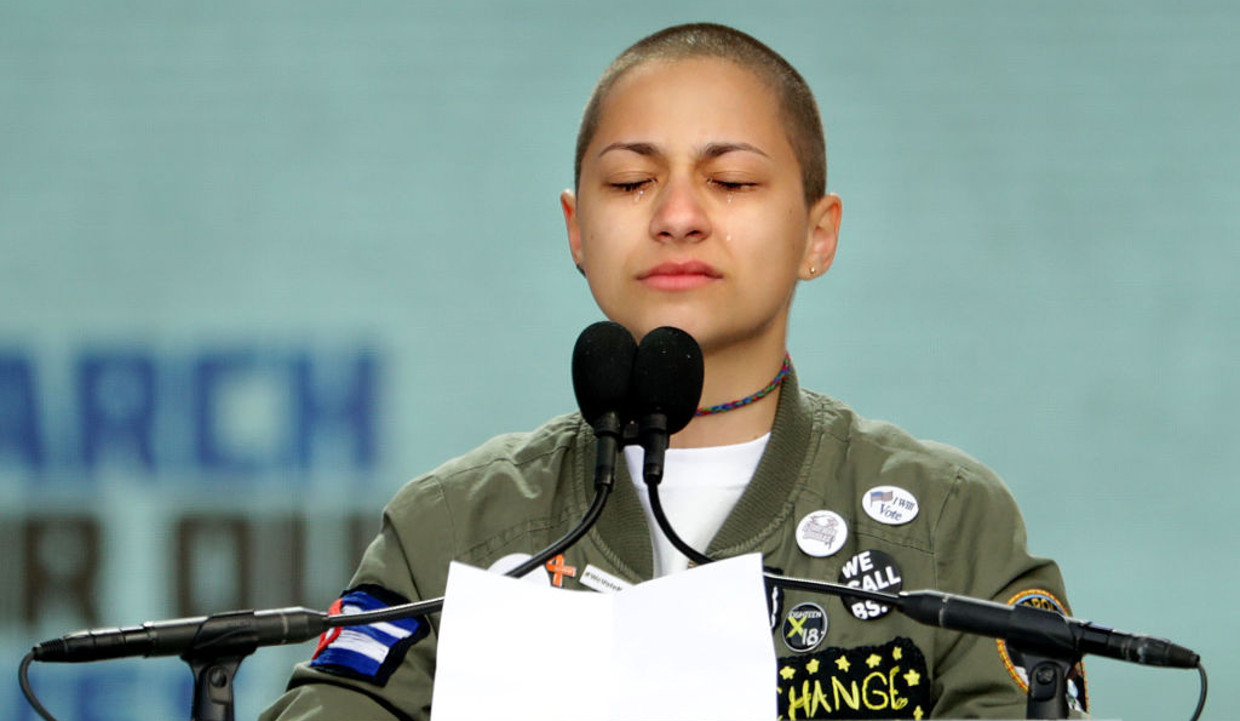 Rumors are spreading thick and fast that Emma González, a Parkland shooting survivor, has admitted to bullying the accused shooter, Nikolas Cruz, who later turned his gun on students and staff at the Marjory Stoneman Douglas High School. Find out if González really admitted to treating Cruz badly.

Conspiracy theorists are having a field day in discrediting gun safety activist, Emma González. They are accusing her of “bullying” her former high school classmate, Nikolas Cruz, who later went on to kill 17 people at his former school.

Cruz has been accused of mass murder at the Marjory Stoneman Douglas High School on February 14, 2018, in Parkland, Florida.

Conservative blogs like LouderWithCrowder.com and right-wing magazines like The American Spectator have circulated a small “clip” which allegedly contains proof that González admitted to treating Cruz badly before he went on a rampage killing both students and staff at the school.

This clip has been taken from a rally held on February 17, 2018, at Ft. Lauderdale, Florida, where González spoke.

González had said during her speech, “Since he [Nikolas Cruz] was in middle school, it was no surprise to anyone who knew him to hear that he was the shooter. Those talking about how we should not have ostracized him? You didn’t know this kid, OK? We did.”

When placed in context to González’s full speech, it is clear that students had warned and alerted officials about Cruz’s increasingly disturbing behavior and had not ostracized him out of mere spite.

Cruz’s erratic and unpredictable behavior was putting fear in the students of the school.

Before he was expelled from school, Cruz had reportedly gone online and threatened to commit a shooting at the school and was suspended for assaulting a fellow student for dating his former girlfriend.

Even the Federal Bureau of Investigation (FBI) admitted shortly after the February 14 massacre that it had received reports about Nikolas Cruz. However, they failed to act upon them.

According to González, she did not bully Cruz. But she did keep away from him as he had a history of violence. According to reports, other students also kept away from him because most of them were simply afraid of him.

A student named Isabelle Robinson had been assigned to tutor Cruz. She revealed the traumatic experience she had when she sat down with him to help him with his homework.

Much Feared at School

By Robinson’s own admission, Cruz cursed her and kept ogling at her chest throughout the hour she was helping him.

Looking back, Robinson is horrified that she was left alone with a student who had a known history of anger and brutality.

This goes on to show that Cruz was feared in school for his unacceptable behavior.

The Difference Between Bullying and Ostracization

We at EarnTheNecklace went through the articles that claim that González and her fellow students admitted to bullying Cruz at the school. But we haven’t found clear proof anywhere that they said so.

The articles talk about Cruz being bullied. However, González only said that they ostracized him.

The words “bullied” and “ostracized” mean completely different things and should not be confused with each other.

Bullying means using superior strength and influence to intimidate someone, typically to force them to do something. Meanwhile, ostracizing means excluding someone from a society or a group. (Though some argue that could be a form of bullying.)

Students including González stayed away from Cruz and did not allow him into their circle of friends because they were afraid of him. They never bullied him into doing anything.

Bullying is a fact of life in schools across America, which needs to be completely eliminated.

People who are implying that Cruz shot 17 people dead because of bullying should understand that many students are bullied every day in schools. However, not all of them come back with a gun to settle real or imagined scores.

Being bullied is no excuse to take anybody’s life, which is what Nikolas Cruz did that fateful day in Parkland.

Accusations of Bullying are Unproven

The articles mention that González admitted to bullying Cruz, but there is no evidence to back their claims. There is no text, audio, or video of Emma González’s speech anywhere where she admits to bullying Cruz.

González freely admitted to ostracizing Cruz but never said that she actually bullied him. To hold her or any other student responsible for Cruz’s shooting spree is wrong and downright irresponsible.

We also studied the portion of her remarks where she talked about how she and the other students gave Cruz a wide berth since they were afraid of him.

Nowhere does González “admit” that she bullied Cruz! She only says that she and other students reported Cruz to authorities time and again, and that it was the right thing to do.

Cruz actually acted on his dire intentions. And, it is the authorities who failed the students and staff.

So, after examining various aspects of this issue, we conclude that González did NOT admit to bullying Cruz at all.

Emma González spoke at the March for Our Lives demonstration. But the rumor that the Parkland victim admitted to bullying Nikolas Cruz is completely false.