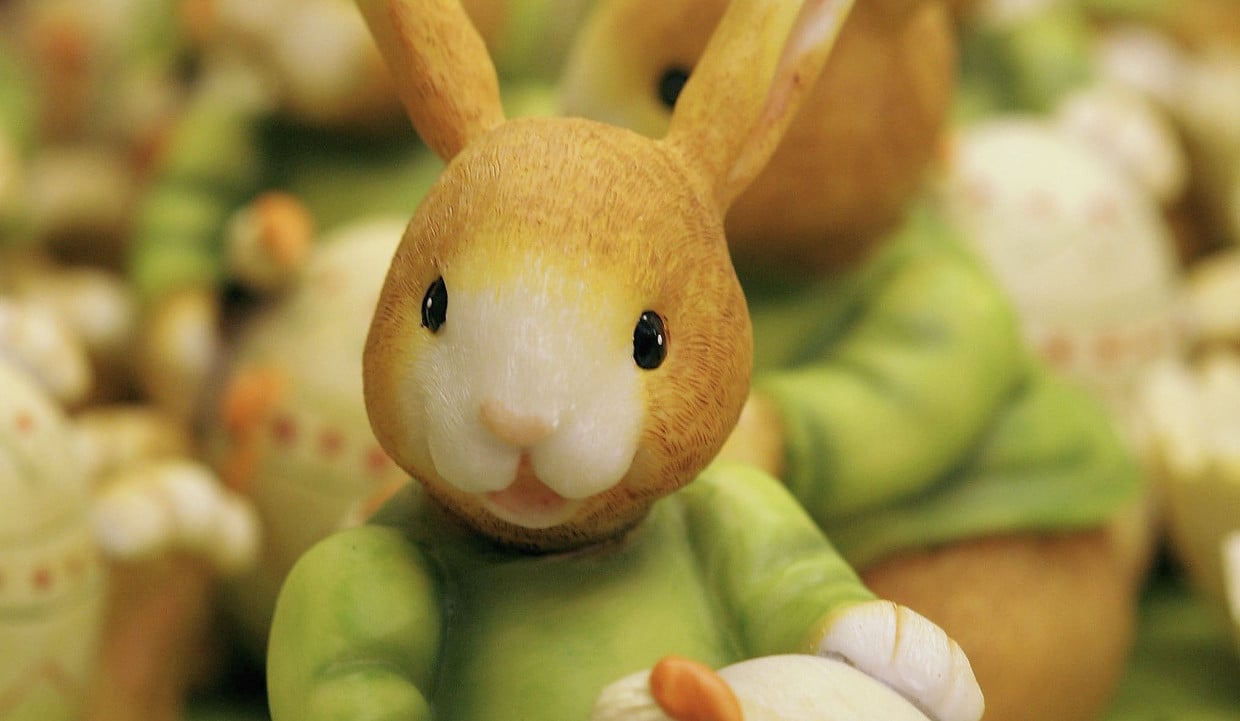 Easter comes from Ishtar (a Babylonian Goddess). Social media frenzy over the same has now given birth to some major doubts. Paging historians everywhere!

Many people on social media are convinced that Easter is connected to Ishtar. Since you can’t believe everything you read on the Internet, we at EarnTheNecklace.com are always making sure that we check out rumors and bring you the truth behind them! So, here’s what Easter and Ishtar are and why they are not connected, even though they sound similar.

It’s a well-known fact that the English language heavily borrows from many other languages. It is also one of the reasons why many facts, like this one about the Ishtar and Easter connection, are easily mistaken to be true.

Why People are Believing Easter Is Ishtar

Facebook and Twitter users are spreading the false fact about Easter being a derivation from Babylonian myths. And many others believe that the two are the same with different names.

Twitterverse has gone to the extent of wishing everyone a “Happy Ishtar” without even checking the proper facts! April Fool’s day or not, the day has come and gone with many believing that Easter is really Ishtar. Mostly because this image made its rounds on the Internet over the Easter weekend, with many thinking it must be true.

Easter is the English spelling for the name Ishtar, the ancient Assyrian goddess. The Assyrians pronounced Ishtar exactly as we pronounce Easter. The Babylonian name of this goddess was Astarte, consort of the sun-god Baal.

Facebook users are sharing and liking this false fact by the boatloads, unaware of the truth behind the two. 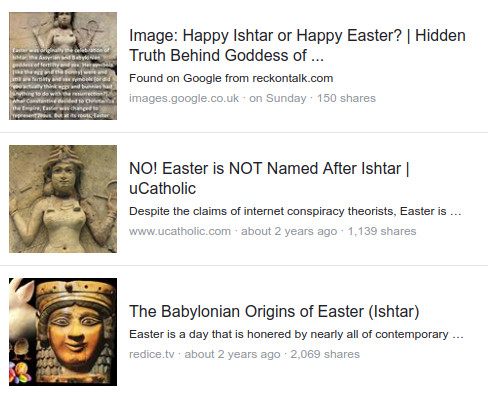 With that said, many people are also coming forth to tell everyone who is blindly believing all these facts that they are wrong.

Here’s the truth behind the festival of Easter and goddess Ishtar and the real origins of the two concepts.

According to Britannica.com, Ishtar is a Mesopotamian goddess of war and sex. She is also known as Inanna in Sumerian and Astarte in the ancient Middle East.

A post shared by The Wellness Witch Academy (@thewellnesswitchacademy) on Apr 1, 2018 at 11:36am PDT

The encyclopedia has also clarified via Twitter that the concept of Easter is not related to the goddess Ishtar.

Ishtar is believed to be associated with the planet Venus (the goddess of love in Greek mythology), making her an astral goddess. She was usually considered a figure for fertility.

But over time, Ishtar took on a more critical role as the goddess of contradiction. She is also believed to be a protector of prostitutes.

Ishtar is the daughter the moon god Nanna in some myths. Meanwhile, in others, she is the wife of An, the sky god.

Inanna or Ishtar is also a goddess who bestows fertility. She is said to be the deity for the abundance of date palms and bride of Dumuzi-Amaushumgalana.

Ishtar’s symbols include a lion, a rosette, a dove, and an eight-pointed star. However, the star is the most recognized symbol of the goddess.

The deity’s statute is usually shown naked with some jewelry around her hip. She was depicted as an impulsive character who is young and beautiful.

Unlike many other goddesses who were portrayed as mothers or goddesses of marriage, Ishtar was worshiped for love.

In the Akkadian version of the interpretation of the goddess being naked, the myth speaks about Ishtar reaching the gates of the Underworld. There, she is stopped by the gatekeeper. He informs Ereshkigal about her, who orders her to be let inside.

But there were conditions to Ishtar’s entry. She was to go through seven gates, and with each entry, she was to shed a piece of clothing.

By the time she reached the last gate, Ishtar was naked. Furious with this, she throws herself at Ereshkigal, who orders a servant to imprison Ishtar.

Once Ishtar was in the Underworld, all sexual activities ceased on Earth. So, the god of wisdom, Ea, creates and sends intersex or transgender Asushunamir to Ereshkigal to bring back the bag containing the “waters of life.”

Forced to give the bag, Ereshkigal hands over the waters to Asushunamir, who then sprinkles the water on Ishtar, reviving her.

Ishtar passed through the gates once again and received all her clothes back.

Today, Ishtar is an important deity. And like Apollo or Aphrodite, she is also a heavily worshiped goddess.

Nowadays, the Ishtar Gate is a widely visited tourist spot in Berlin. The original bricks and remains were excavated in the early 1900’s and rebuilt in the ‘30s.

It is said that the first Easter was celebrated around 2,000 years ago, which is a festival celebrating the resurrection of Jesus. According to the Bible, after his crucifixion on Good Friday, he rose on the third day, which was Easter Sunday.

Jesus was resurrected by God, his father, and his tomb was discovered to be empty on the third morning after he was buried. The women who went there found a resurrected Jesus. They told his disciples, who then spread the word.

The followers of Jesus celebrated after the miracle, which solidified everyone’s faith and belief. And the holiday is celebrated giving an ode to that faith.

So, Where Did the “Easter Bunny” Come From?

Easter bunnies and the tradition following that theme came along in the more modern eras. The “Easter Hare” (now better known as the Easter Bunny) was born and first mentioned in the late 1600s.

The Easter Bunny, like Santa Claus, also evaluates children for being “good or bad” and brings Easter eggs to them.

The bunny and the custom was first mentioned in 1682 as a German tradition of a hare bringing eggs to children.

Another reason for the rabbits and eggs is that they’re symbols of fertility. Rabbits are illustrious breeders, and eggs show fertility better than anything else.

Fertility regarding new growth or the new life that these icons symbolize is what the festival and tradition are also all about.

Many believe that Easter comes from Greek or Babylonian mythology. However, there are sparse facts to prove the same.

Although both the goddess Ishtar and the Easter festival have something to do with fertility or new life, they are hardly connected. The similarities between them might very well be a coincidence, but the core of each is completely different.