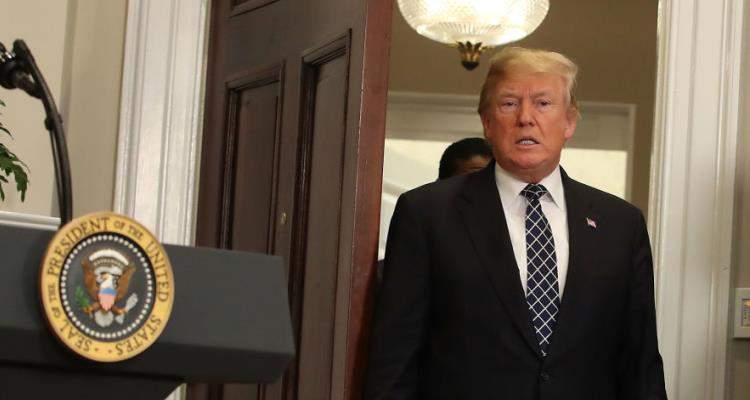 Did Donald Trump say “sh*thole countries?” Everyone has been asking about the president’s latest controversial comment and some are still wondering if it’s actually true! Could this be just another case of fake news, or did the President really just put his foot in his mouth? Keep reading to learn more about President Trump’s “sh*thole comment” and the media’s reaction.

What Did Trump Say?

Reportedly, the president asked, “Why do we want all these people from ‘sh*thole countries’ coming here?” in response to Thursday’s Oval Office meeting discussing the protection of immigrants from African countries, Haiti and El Salvador.

On Friday, the president denied the comments on Twitter saying, “The language used by me at the DACA meeting was tough, but this was not the language used. What was really tough was the outlandish proposal made — a big setback for DACA!”

He also tweeted, “Never said anything derogatory about Haitians other than that Haiti is, obviously, a very poor and troubled country. never said “take them out.” Made up by Dems. I have a wonderful relationship with Haitians. Probably should record future meetings-unfortunately, no trust! [sic]”

Media personalities everywhere wasted no time condemning Trump for his insensitive remarks, and they weren’t buying his denial. On Thursday, CNN host Don Lemon said, “The President of the United States is racist.”

He continued, “I have to admit, I was not shocked that Donald Trump reportedly called the majority of black and Hispanic countries or continents ‘sh*tholes.’ I wasn’t shocked. I’m really not outraged by it. I’m tired of being outraged, as a matter of fact. I’ve been outraged too many times. It’s more important to be strategic than to be outraged… Otherwise, it becomes a sky-is-falling situation every time he says something dumb or stupid or racist.”

“What does it say about you that no matter what, no matter what, you continue to make excuses for this man, for his vile behavior?” he asked. “Doesn’t that make you just as bad, if not worse than him?”

Lemon wasn’t the only CNN anchor to mention the president’s controversial comment. Fellow CNN reporter, Anderson Cooper ended his show with an emotional message, which mentioned the 8-year-anniversary of the earthquake that killed 200,000 Haitians.

He continued, “Like all countries, Haiti is a collection of people — rich and poor, well educated and not, good and bad. But I’ve never met a Haitian who isn’t strong. You have to be to survive in a place where the government has often abandoned its people. Where opportunities are few and where Mother Nature has punished the people far more than anyone should ever be punished.”

Cooper was visibly emotional when he continued, with stories of his time in Haiti, which involved many of the disasters they have overcome. This also included stories of young children that he got the chance to know, including a 5-year-old boy who lived off only rainwater to survive while trapped for days under concrete.

What do you think of the comment Trump made? Let us know in the comments below!

On the strength and dignity of the people of #Haiti, on this the 8th anniversary of the earthquake that killed more than 200,000 Haitians.