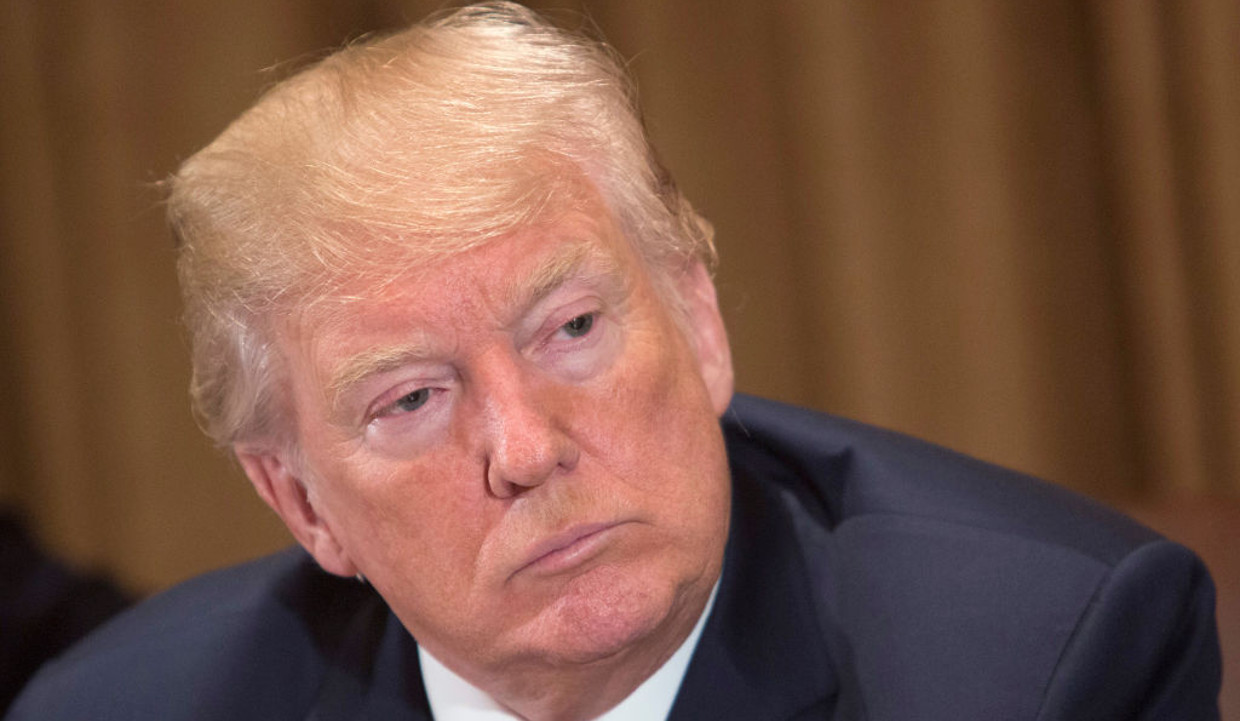 President Donald Trump had an affair with his housekeeper before he became president. He fathered a child with her and kept it a secret.

President Donald Trump doesn’t get any respite, even as the latest controversy about his personal life rears up in the media. A former employee has claimed that Trump fathered an illegitimate love child with his former housekeeper before he became president of the United States. Keep reading to know if the rumors about Donald Trump’s secret child are true!

The latest alleged “dirt” dug up on President Donald Trump has taken everybody by surprise. His former employee, Dino Sajudin, has claimed that Trump had an affair with a former housekeeper of his and fathered a child with her!

Sajudin used to work as a doorman for a Trump property in Manhattan, New York City. He claims that he came to know of the supposed Donald Trump-housekeeper affair and their alleged secret child.

Sajudin said, “I can confirm that while working at Trump World Tower I was instructed not to criticize President Trump’s former housekeeper due to a prior relationship she had with President Trump that produced a child.”

This story has come to light because Associated Press (AP) published details about Sajudin’s claims. Furthermore, American Media Inc. (AMI), the owners of the National Enquirer, had made Sajudin sign a contract to prevent him from taking his allegations to any other media.

This matter goes back to the period before Trump became president.

According to Sajudin, he was paid $30,000 by AMI to reveal the details he knows about the supposed affair and Donald Trump’s love child.

AMI made the payment in exchange for Sajudin signing away the rights “in perpetuity.” He signed a contract stipulating that he would have to pay a $1.0 million penalty if he ever talked about this rumor or the deal he made with them to keep quiet.

The National Enquirer said that they investigated the claim but dropped the story, ultimately because it lacked credibility.

Dylan Howard, the Enquirer’s editor-in-chief and an executive at AMI, said that this story was never published because it “lacked any credibility.”

Story Buried by the National Enquirer

But Sajudin claims that what he said is true and he even took a lie detector test, which he passed. He states that his story was killed by the publication because they have a history of protecting Trump from negative and damaging stories.

Later, Trump won the presidential election in 2016 and became the President of the United States. And, the story was quietly buried by the Enquirer.

Everybody Knows the Deal Happened

Surprisingly, AMI released Sajudin of the contract he had signed after Trump became the elected president of the United States. Nobody denies that a deal was made between Sajudin and AMI for $30,000.

Sajudin said in his interviews that he received the money from AMI, and the National Enquirer has confirmed this as well. Even Trump’s lawyer, Michael Cohen, has admitted that he knew about this deal.

So, what about the actual veracity of this story? Is it true or just a rumor?

Sajudin says it is true. Otherwise, why would the National Enquirer pay him $30,000?

However, Sajudin’s ex-wife, Nikki Benfatto, has said that her former husband was a nutcase and a pathological liar.

(A chupacabra is a monstrous, dog-like mythical creature that kills and drinks the blood of livestock.)

“He’s seen Bigfoot. One of our friend who passed away, he saw him too, walking down the street,” Benfatto added.

The housekeeper, who is at the center of this controversy, has reportedly denied having an affair with Trump and has reportedly said, “This is all fake.”

The Trump Organization said that Sajudin’s claims are “completely false,” but he continues to stand by them.

So far, Donald Trump has not yet commented on this matter, even though it affects him on both an official and personal level.

Right now, Sajudin is the only person who is claiming that this story is true. Meanwhile, his ex-wife (the housekeeper in question), AMI, Trump’s lawyer, and the Trump Organization are all refuting it.

Sajudin has not been able to produce any document or proof as of yet to prove that his allegations are true. As the matter stands today, it is only his word against others.

Not Enough Evidence to Believe Allegations

We at EarnTheNecklace.com conclude that there is not enough evidence at the moment to believe Sajudin’s claims, as he has not submitted any solid proof so far. We can’t accept his claims as the truth while several other concerned parties are refuting it.

At this time, the claim that President Donald Trump fathered a secret child with his former housekeeper remains unproven!