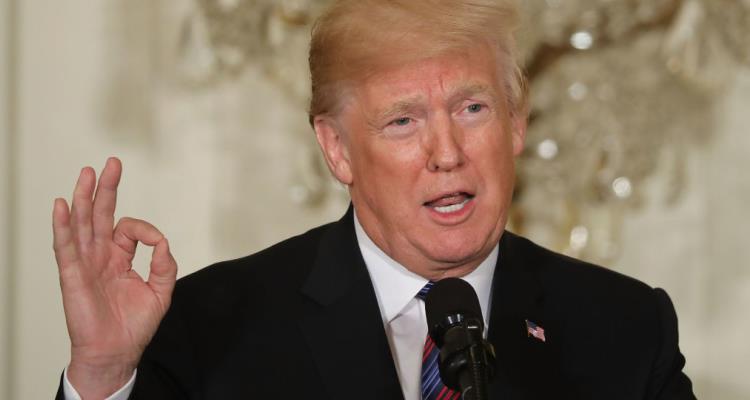 There’s a screen shot of a deleted tweet that claims Donald Trump called community college is for “dummys”.

According to online reports, there’s a screen shot of a deleted tweet that claims Donald Trump called community colleges the “13th grade” for “dummys”. But is that really what the president said? We’ve separated fact from fiction.

Did Trump say community college is for dummies? There’s a bit of broken telephone going around and many are wondering if one of Trump’s infamous tweets said something negative about American community colleges.

The short answer is no, he didn’t tweet about that, but don’t put away your pitch forks just yet. The comment actually came from his speech in Ohio last week, which is where the contents of the tweet came from. The user who posted it (and added their own “dummys” spin) remains unknown.

On March 30, Trump actually said something similar to what the tweet entails, but it has been embellished. In fact, during that speech in Ohio, he really did say, “I don’t know what that means, a community college. Call it vocational and technical. People know what that means. They don’t know what a community college means.” And that was the end of his statement. Nothing about “dummys”.

While Trump’s community college tweet sounds like something he would write (spelling mistakes included), it actually never happened. He nevwer said those exact words.

It’s also not a case of “maybe he deleted this tweet”. His deleted tweets are archived on Politwoops, a political website dedicated to all of the president’s deleted messages. If you look closely, there appears to be no deleted tweet on March 30 or early April relating to community colleges at all.

As for the tweet, it’s possible that it was photo-shopped by someone who’s clearly not a fan of the president. Reports of his college comment never mention a tweet, which further suggests that the tweet never existed or couldn’t be verified.

FYI: People do know what community colleges are, and according to the College Board (which monitors higher education trends), more than 40% of undergraduate students were registered in a community college!

Trump made a similar comment in a January speech in West Virginia, when he said using the word “vocation” was better than using the words “community college”. According to an open letter in My AJC by Iowan essayist and poet Monique Kluczykowski, Trump had a problem grasping the difference between the two institutions and their benefits.

“Think of these two colleges as separate entities: the community college is focused on the liberal arts and science programs (essentially a curriculum replicating the first two years of any college/university), while the technical college is meant to train students for careers in heating and air conditioning repair, car maintenance, and dental hygiene (to name only a few).”

Kluczyowski has also been a veteran professor of community colleges for three decades, so she’s kind of an expert on the subject.